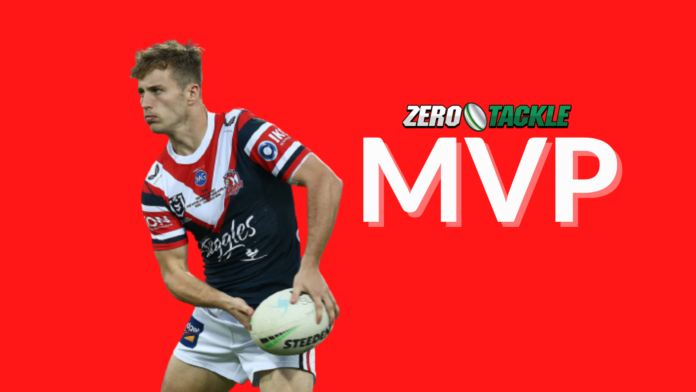 How good was Daly Cherry-Evans? He put in an incredible performance to lead his team to a comfortable victory against the Cowboys who were quite flat.

Manly managed to have nine individual try scorers in a masterful team display. So many Sea Eagles deserved votes but there was clear standout on the night.

Shaun Johnson couldn't have sold himself much better than he did in his game-winning display against the Panthers. Penrith were depleted through Origin duties but the Sharks still did what no one else had. Beat Penrith.

Johnson was instrumental in the win and his field goal to win it was the perfect finish to the game.

An absolute classic sealed with another field goal. This time it was Sam Walker providing the goods. He broke Gold Coast hearts in the 78th minute and saved the Roosters graces.

Jamal Fogarty did all he could scoring two tries and booting four goals but was unable to get his side over the line.

The Rabbitohs proved too good for the Knights who failed to turn around their recent form. The Bunnies were in control for most of the game and will be happy with the win.

Latrell Mitchell showed his class and got back to some of his best footy in an ominous sign to the rest of the competition.

The Raiders and Broncos both would have seen this game as winnable and the Raiders were the ones who took their chance. The Bronco's were hit hard by Origin which didn't help their cause.

Bailey Simonsson was a clear standout claiming maximum votes for his terrific performance.

There isn't a team better at dealing with this time of year than the Melbourne Storm. They are the cream of the crop when Origin rolls around and they showed that here again.

The Warriors would be disappointed with their lack of competitiveness and how easy the Storm got through them .

The Eels proved far too good for the Tigers in a smashing display that saw them blast away from the Tigers in emphatic fashion. Parramatta will be thrilled with the way the put the Tigers away.

Mitchell Moses and Clint Gutherson were superb leading the way for the Eels, while Nathan Brown was good again.

The Bulldogs got a massive victory over the Dragons. It was a big win for the struggling Doggies.

The Dragons were disappointing and looked bereft of ideas in attack. They had no way to get through the Bulldogs defence and were punished for their lack of creativity.