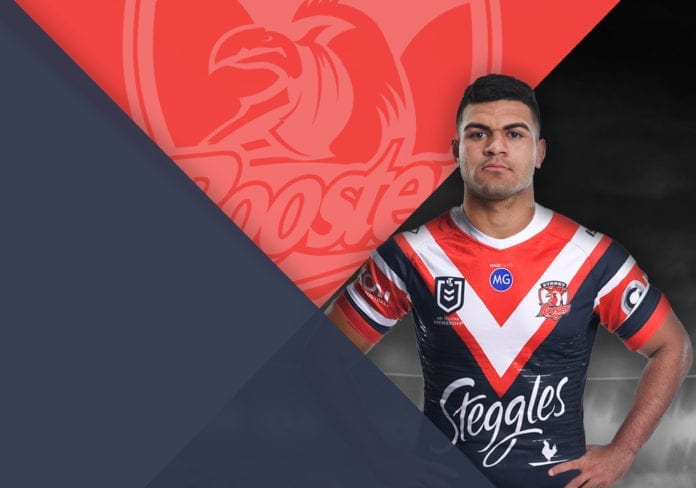 Last week we saw the first edition of the NRL re-draft, which controversially saw Cameron Smith get selected by the Titans with the number one pick, with a host of stars still yet to be selected within the draft.

And yes… this is supposed to be a bit of fun people!

Let’s get straight into it.

You only have to watch the dynamic youngster’s first round try against the Cowboys to know how special this kid can be. He’s already played for his state, once he learns how to produce those ‘lightning in a bottle’ moments consistently over 80 minutes, he’ll be one of the game’s best. And if any club can bring out the best in him, it’s the Roosters.

He’s the kind of forward that Craig Bellamy loves. Hard nosed, a leader, he gets through his work yet still offers those game breaking moments. Fits into the Storm culture perfectly.

The reigning Clive Churchill medallist has gone from strength to strength in the past year, a shift from fullback to five-eighth leading the ball-running five-eighth to a New South Wales and Kangaroos debut, as well as appearing in his maiden Grand Final. He’s gritty, keeps the opposition in two minds and just imagine him running off Cam Murray’s offloads.

A second-rower as tough as he is skilful, Wade’s leadership is one of his biggest strengths. Canberra has had a culture of off-field incidents over the last dozen years, so someone like Graham with his head screwed on right is integral. It also helps that his only two career hat-tricks were both at GIO Stadium.

They selected Luke Keary in the first round to provide spark and game management, Klemmer delivers that hard edge and the ability to get Keary to where he needs to be to create those moments of magic. Every half needs a forward that’ll lay a platform for them, and Klemmer is close to as good as you get.

How did Manly manage to snag both Origin captains with the 6th and 22nd draft picks? Cordner is reliable and hard working, what you see is what you get with Boyd, and while he won’t give you those big, flashy moments like a Fifita would, he’ll steady the ship and do his job.

Having selected Josh Hodgson in the first round means a lot of playmaking pressure is relieved from Pearce, and he’s one of the rare halves that can be both the ‘controller’ as well as the ‘off the cuff’ half. Hodgson can run the show out of dummy half and let Pearce take control when he needs to, or play second fiddle.

Combing with Damien Cook is a proven combination as we’ve seen in Origin, and similar to the Cronulla combination of Hodgson-Pearce yet in reverse to an extent, with Cook the ‘off the cuff’ player while Cleary controls the contest. Once he really becomes consistent week in, week out, he’ll be in Dally M conversations.

His ill-discipline has taken the spotlight in recent years, however he was a very narrow second to Jack Wighton for the Clive Churchill medal last year. He is so physically intimidating and one of the few props that can really strangle a game and be the dominant player.

The monstrous Maroon made the switch from the back-row to prop in 2019, and was close to the best in his position. That try against South Sydney in the preliminary final is a statement to what he can achieve, and in a town like Newcastle, he’ll be a cult hero.

He’s copped a lot of flak over the last year, however Canterbury have been yearning for strike power for a long time now and they seem like the club would be willing to take a chance on someone like Latrell to reignite them. He fits into that playing style of the skilful bash and barge.

Taukeiaho actually debuted for the Warriors in 2013, playing a single game at the club. Fast forward to 2019 and he’s a back-to-back premier, captained Tonga in an upset over the Kangaroos and was a finalist for the Golden Boot. He’s widely regarded as one of the best props in the game, and god do the Warriors need someone of his stature.

Manu becomes the sixth member of last year’s Roosters premiership-winning side to be selected, and it’s not surprising to see, with Manu up there as the best centre in the game right now. In fact, at pick 30, he’s the first centre/winger to be selected in this draft (presuming Latrell plays fullback at Canterbury). He can break a game open, as can team mate Taumalolo, delivering fear for opposition all over the park.

They’ve got Tedesco at fullback, and add Taupau in the centre third of the field, and all of a sudden they’re a huge threat. When Taupau wants to dominate, there’s not a single player that can stop him. He breaks tackles like porcelain plates and imagine that offload of his with Tedesco hitting the holes. Wow.

The club would be heartbroken to lose an Origin star like Arrow, especially seeing as the lock forward is a local junior. They controversially selected Cameron Smith at age 37 with the first pick, and the leadership traits he could instil in Arrow would have him ready to captain for years to come.

That’s the second round done and dusted, join us next week for round three, starting with pick #33, belonging to the Titans.

See also: The First Round