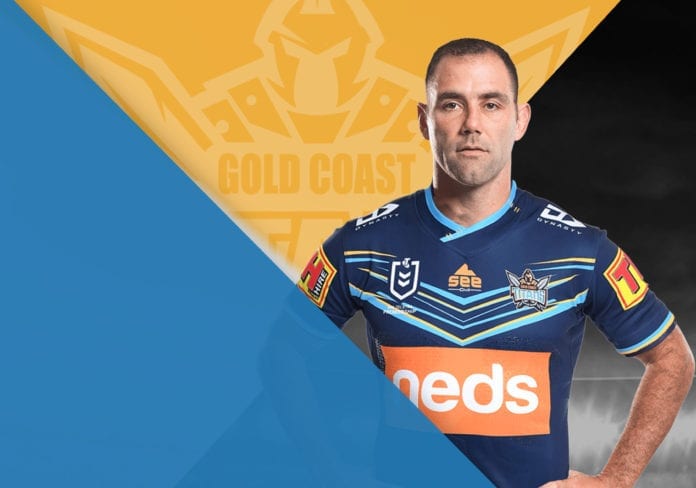 One thing that has been floated in recent years is a draft in the NRL – one of the biggest days in both the NBA and NFL calendar.

The AFL also has their own version of the event, however, it isn’t widely supported across rugby league. Team’s like Penrith and South Sydney who produce a stack of local debutants would be punished, while clubs like the Roosters with minimal local youngsters would be rewarded.

But what if every single player in the NRL went into the draft right now, and club’s could rebuild their rosters from scratch?

For those unaware, the team with the worst record in the previous season gets the first pick (in this case, the Titans), while the premiers (Roosters) get the last pick of the first round (pick 16).

So let’s see which players would go where, if the draft happened today.

Smith turns 37 this year, and is obviously close to the end of his career. But even in the short term, what an effect he’d have on the club. He is a born winner and potentially the most influential player we’ve seen. A leader in every sense of the word, he would have a monumental repercussion on the playing group, and a huge potential of a coaching career in the area.

The current Dally M medallist, Tedesco would be near the top of every club’s list, especially after the 2019 the custodian enjoyed. He breaks the line, breaks tackles, scores tries, he does it all. They need a match winner.

The Tongan wrecking ball is the most dynamic forward in the game, setting a new record for metres made by a forward last week with 318. Absolute freak of nature, and the club would be happy to keep him.

Another player selected by his current club, the Warriors in recent years have been big on keeping a predominantly kiwi squad, and there is no better Kiwi than RTS.

It’s pretty high up in the draft for a 20 year-old, but if Taumalolo is the most dynamic forward, Payne is the most consistent. Don’t remember the Kangaroo and New South Wales rep running under 150m in a game, will only get better, and the Bulldogs have always built around their forward pack.

The kid has a big future in the game and puts bums in seats. His relaxed demeanour is a double edged sword, but he’s a match winner and at just 21, has a massive future, provided he doesn’t cross codes in the next few years.

Munster just knows where to be and how to win, he may be quieter in some games than others but always shows up in the right place at the right time, and someone that could easily take the Panthers to the promise land.

The Tigers have been aching for a player like Jake for years. Years. They’ve had a habit in recent years of recruiting players who have a huge gap between their best and their worst, Jake doesn’t have that, you know what you’re getting and you know there’s no quit in him.

It’s surprising to see the Kangaroos’ hooker fall so low however Seibold is a massive Cook fan, and he’s someone that Brisbane could really build around.

Cronulla love to grind out a win, something the club and Hodgson both have in their DNA. Crafty, commanding, can kick, he just suits the club.

The bloke is Manly through and through, and that is something that the club needs. You look at their successful coaches like Des Hasler and Geoff Toovey, they just understand the club culture. Just like DCE.

The club passed on Keary as a young teenager but won’t make the same mistake twice, Keary is just getting better and better, has won three premierships, a Clive Churchill medal, played for his country and would’ve played for his state if it hadn’t been for a few concsusions.

Not seeing Tommy Turbo in the top ten seems like madness, Canberra need those strong carries from the back, and Tom will provide that in a lot more. Scores tries, sets them up and stops them.

The fourth player on this list to be scooped up by their current club, Murray bleeds red and green and the rep forward has even been touted as a potential future captain of his country by Andrew Johns. Huge future.

It’s nearly impossible to imagine this man playing for anyone other than Souths but he has Craig Bellamy written all over him, the kicking game and control he has would give Bellyache shades of Cronk, would turn him into a Dally M Medallist.

If they can’t keep Tedesco or Keary, well Mitchell Moses come on down. The halfback registered nearly 30 try-assists in 2019 and with the astute running game to match his pinpoint kicks and goalkicking, the Roosters could build another dynasty around him.

That’ll do us for the first round of the draft, tune in next week for our second round, starting with Pick 17 – the Sydney Roosters.