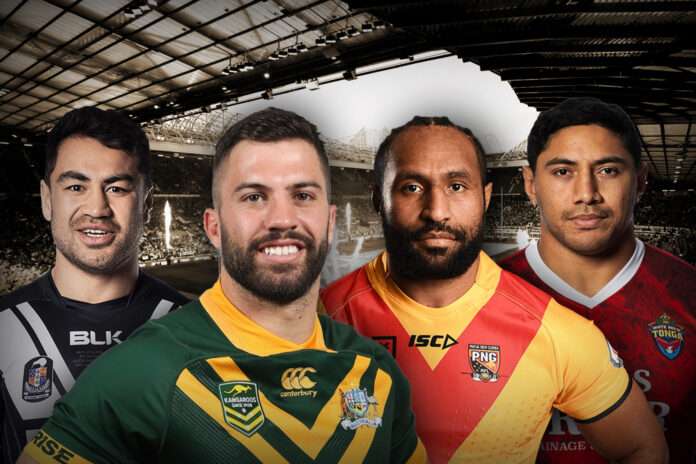 The 2022 Rugby League World Cup, to be held in England, will get underway on October 15.

As the tournament approaches, nations are beginning to name squads, or drop major hints over who will be travelling to the United Kingdom for the tournament, which was originally supposed to be held in 2021 before being postponed thanks to the impacts of the coronavirus on both the NRL season, and global travel.

Teams are required to name a squad of 24 players for the tournament, where all 16 nations will play three group games, before a knockout stage features up to three more games per team, with quarter-finals, semi-finals and a final.

Players who are eligible for two nations must decide who they will play for three weeks before the tournament starts under International Rugby League rules.

You can use the drop down menu below to navigate between nations to find out the status of their squad, as well as key information ahead of the tournament.

Australia have named their 24-man squad with plenty of talent throughout.

Intriguingly, both Dally M Medal winner Nicho Hynes and Clive Churchill Medal winner Dylan Edwards were not included in the 24, although both were added to a list of standby players.

They are joined outside of the 24 by Damien Cook, with Harry Grant the only specialist hooker, although Ben Hunt will likely start in the nine jersey during the tournament.

Hudson Young and Shaun Lane also both missed out, while the side features 13 debutants.