13 players from the St George Illawarra Dragons were slapped with one of the largest combined suspensions and fines in NRL history on Monday evening.

While Paul Vaughan, who hosted the now ill-fated house party was suspended for eight weeks, 12 other players in attendance have all been hit with a one-week ban.

It was then revealed on Tuesday afternoon that Vaughan has been sacked by the Dragons.

The Dragons will be allowed to spread these bans out over the next two to four games, ensuring they are able to name a team for each game. 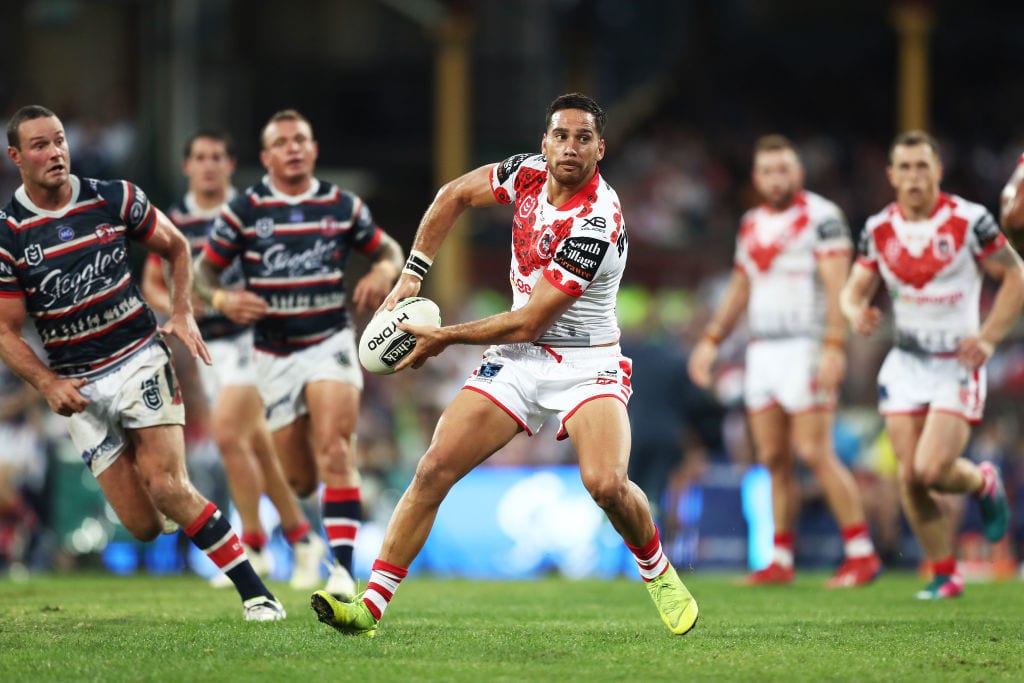 The Dragons must, as hard as it will be, begin to focus on footy again with a chance of finishing in the top eight at season's end still existing.

Here is how they handle the next month.

Just 48 hours removed from State of Origin Game 3, this isn't the week for the Dragons to be getting ahead of the suspension game. They are already likely to be without Ben Hunt and Tariq Sims, who will represent Queensland and New South Wales respectively.

This is also an absolutely vital game for the Red V. The Sea Eagles are a few rungs ahead of them on the ladder, but without Tom Trbojevic and Daly Cherry-Evans, who are also unlikely to back up from Origin, and with a mighty difficult run home, it's essentially win or go home without a finals berth for the Dragons.

Given Zac Lomax has already been missing due to injury though, it may be best off giving him an extra week on ice to get things right. He will certainly be needed in the weeks that follow.

Max Feagai is also due back this week if needed. 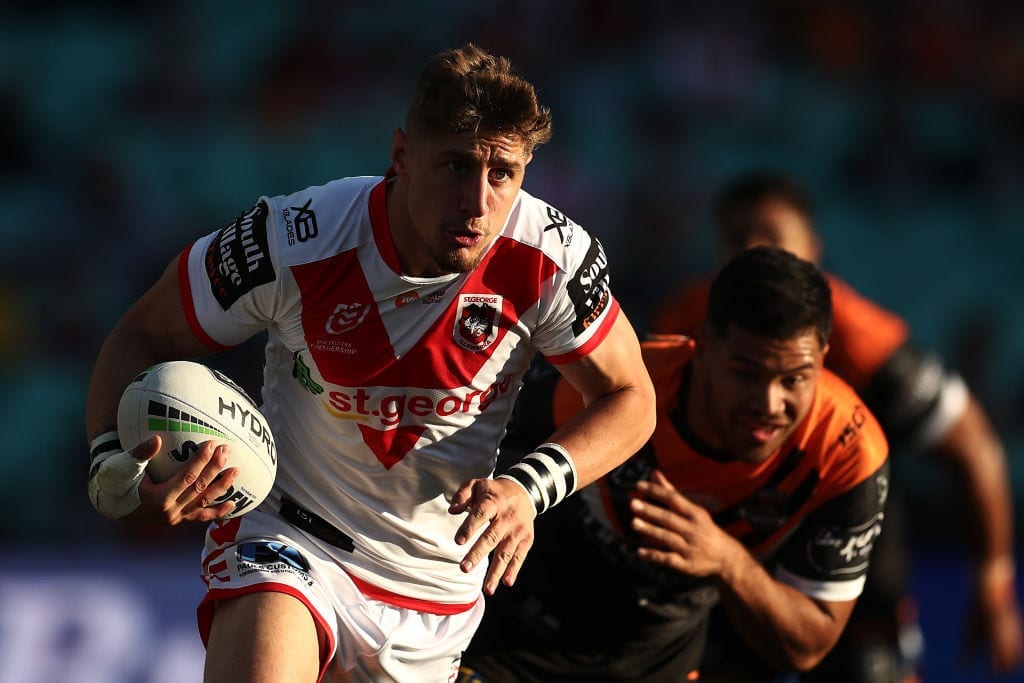 The Dragons will now have 11 suspensions to serve in a three-week period. Difficult to manage, but not impossible. Anthony Griffin will certainly need his side to avoid any further suspensions from on-field disciplinary issues and to keep a clean bill of health.

With Sims returning this week and a home match against the inconsistent and defensively woeful Titans, it'll be a good opportunity for the Dragons to rotate through their forwards.

It would be almost madness for the Dragons to suspend more than one against the Rabbitohs, so it may well be worth doing three in this game. That being said, it's probably Jack De Belin who will be first onto the sidelines for this game. He should be joined by Josh Kerr, who is between the starting side and bench, and Kaide Ellis.

Josh McGuire will be able to start at lock for De Belin, and then it'll be simply about slotting a few bench forwards into the team. Hayden Lomax and Jaiyden Hunt have both had time in first grade, while Poasa Faamausili has also been around the fringe of first grade. Jackson Ford is another too struggling to get game time. 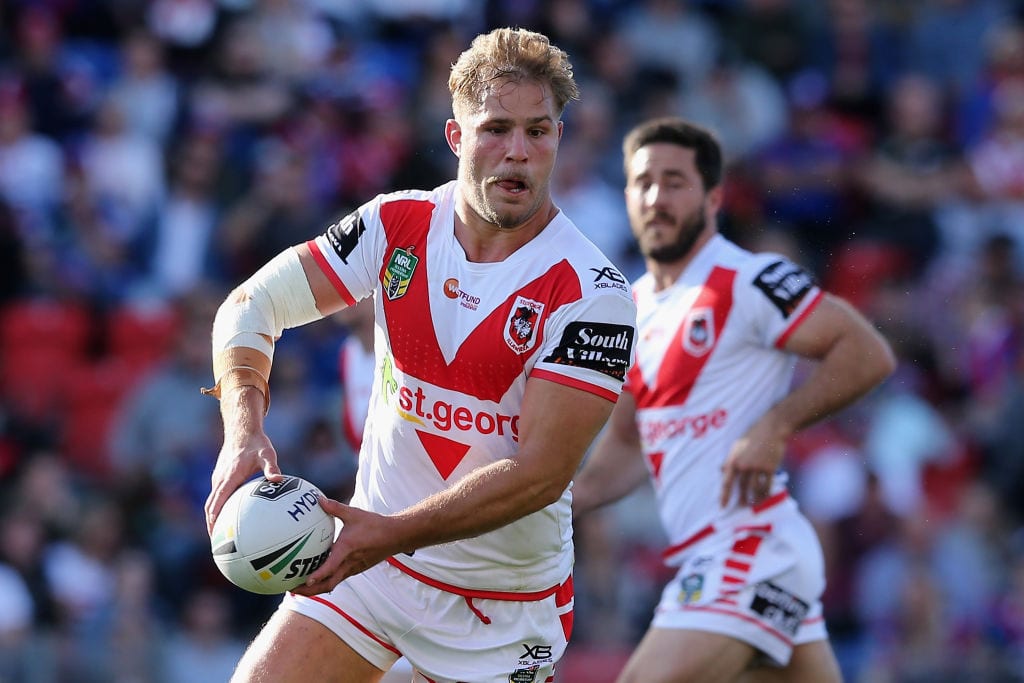 In the backline, this is the sort of game Tyrell Sloan should be playing if there is an eye to him taking over the number one jumper in 2021, so Matt Dufty can join the list, and with Lomax and Feagai both likely to be back, so can Gerard Beale.

With Ben Hunt's ball running, it's the sort of game the kicking game of Adam Clune could excel in.

This is a game you don't want to be taking too much away from though, given how strong the Rabbitohs are. It should be limited at Norman and one of the rotation forwards, this being Daniel Alvaro.

The Dragons need to be as close to full strength as possible for this one.

Mikaele Ravalawa will return from suspension in this round, meaning there is extra coverage in the backs for the Red V.

That said, there will be a crush for positions in the outside backs, with Gerard Beale, Brayden Williame and the Feagai brothers, not to mention Sloan, likely to be sitting out of a full-strength team once Lomax and Ravalawa are both back.

Jack Bird's suspension is the easiest of the lot to work out based on all of that. 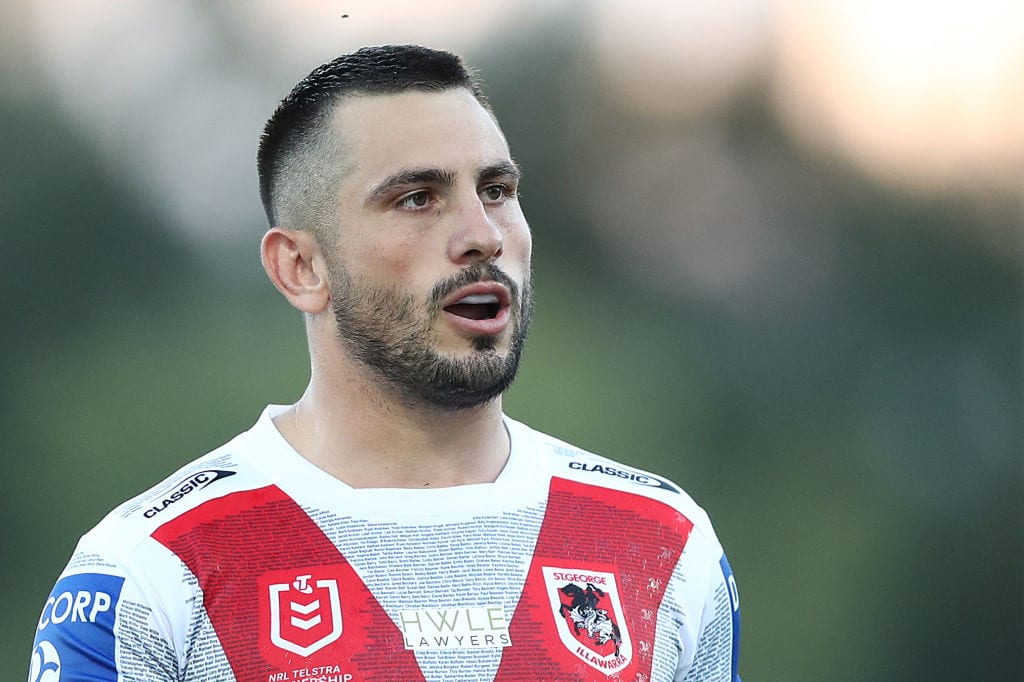 Coverage for Bird in the centres will be abundant. The other three to be suspended in this game are Josh McGuire, and with De Belin back and Ford to slot onto the bench, that won't make much of a difference, Blake Lawrie and Tyrell Fuimaono.

With Vaughan sacked by the club, suspending Lawrie will mean a fresh Alvaro pushes into the starting pack with Kaide Ellis back onto the bench, while the bench forwards mentioned earlier will cover for the final spot.

There is no easy way around this for the Dragons, but then, there is no excuse for what happened and some will maintain the club got off lightly.

But these are the consequences, and they must switch back into footy mode as the outrage slowly disipitates.

A forward plan for the next four weeks is the best way to do that right now both for the club, and for fans who are questioning exactly why they should bother.