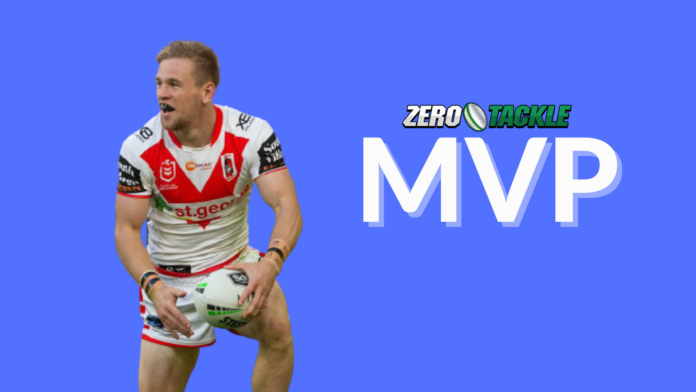 Matt Dufty put on a show in his onslaught of the Broncos, scoring a brace and handing off a further five tries on Thursday night.

Ben Hunt and Jack Bird also had hands in the high-scoring affair, while Albert Kelly was strong in a disappointing effort by the Broncos.

The Tigers handed Penrith their first loss of the season as Ivan Cleary looked to combat his Origin-impacted selection issues.

Alex Twal was stellar up front, while Daine Laurie and Luke Brooks ran the show for 80 minutes.

A second-string spine dominated for the Storm over the weekend, with Nicho Hynes and Brandon Smith among the best once again.

The Titans didn’t have too many answers for the Melbourne attack, but Greg Marzhew and Jayden Campbell were promising on debut.

Clint Gutherson made the most of his Origin snub, dominating the Knights on Sunday to get back to winning ways.

Reed Mahoney showed why he was called up to the Maroons side, but unfortunately sustained a shoulder injury that will sideline him for a few weeks.