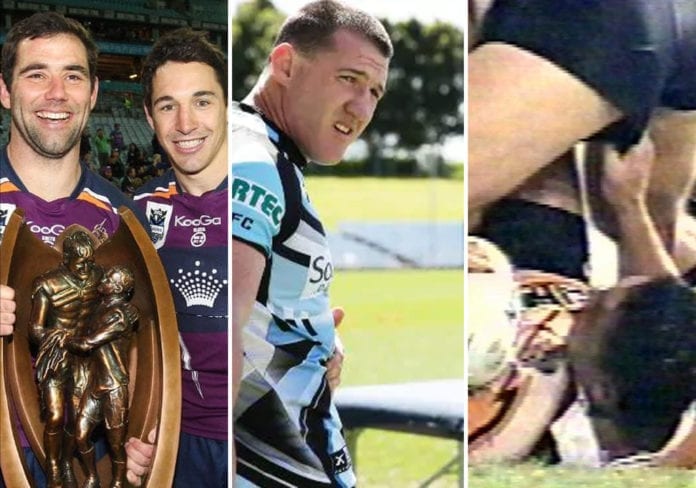 Rugby League is undoubtedly the greatest game of all. To say that I miss it is a huge understatement.

I miss the tries, the big hits, the crowds, the jerseys, even the referee errors. I miss literally everything about it.

That said, not even League has it exactly right.

Unfortunately, league is rather prone to a scandal. Some hilarious, some ridiculous and some unfortunately serious and life changing.

We take a look at 10 of the biggest Rugby League controversies and scandals of the century.

For obvious reasons, we'll avoid specifics where they're not 100 per cent well known.

Barba is one of the most accomplished rugby league players of the modern era. A Dally M winner and member of the Shark's maiden-premiership winning side in 2016.

Sadly, the game lost one it's biggest stars when Barba tested positive to having cocaine in his system in November 2016. He was indefinitely suspended by the NRL before the Sharks immediately released him of his contract.

Barba made the code switch to play in the French Top 14 rugby union in 2017 but was sacked  by RC Toulonnais after just four games. He went on to play foror Super League club St Helens for two seasons, winning the Man of Steel in 2018.

All signs pointed to him making a triumphant NRL return after signing with the Cowboys last year. However, North Queensland ripped up his contract in February after Barba again made headlines for allegedly assaulted his partner on Australia Day.

The NRL has since indefinitely banned Barba from returning.