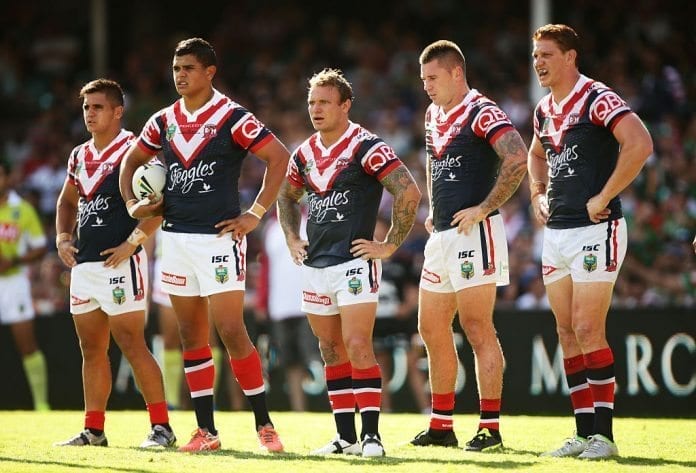 With Mitchell Pearce suspended for the first eight weeks of the 2016 season, the Sydney Roosters season was always going to be a tough slog.

Not many expected them to finish in 15th place though and changes needed to be made for them to return to the Top 8 in 2017.

The most notable difference between the two Round 1 sides is in the halves. Mitchell Pearce will start the year alongside new recruit Luke Keary. This is a huge upgrade of Jayden Nikorima and Jackson Hastings.

The addition of Michael Gordon to play fullback (and kick goals) means that young gun Latrell Mitchell will most likely start the season in the centres alongside Blake Ferguson.

Overall, the 2017 Sydney Roosters look strong and experience across the park. With plenty of representative players amongst their forwards, halves and backline, expect them to start the season strongly.

PICK YOUR NRL TEAM: Not a fan of the above team? Then take over as the coach and pick your line-up!