The decision to hook Lachlan Ilias after just 29 minutes during Thursday's eventual 32 points to 12 loss against the St George Illawarra Dragons won't cost the South Sydney Rabbitohs' halfback his spot in the first-grade team.

That is the blunt assertation from under-pressure coach Jason Demetriou, who made the call to move Kodi Nikorima from fullback to halfback and bring Blake Taaffe on at the back, with the Dragons scoring all of their 32 points in the opening 29 minutes.

South Sydney cut a broken shell of the team they once were through the opening half an hour against a Red V side who have been at best inconsistent through the 2022 season.

While the men from Redfern showed some level of improvement through the second half, scoring 12 points and getting into the contest, they would never return the deficit on the scoreboard, with their attack continually clunky.

It's a loss that drops last year's grand finalists down to seventh place on the table and clinging onto a spot in the top eight, while the win for Anthony Griffin's side moves them into the top eight.

Despite taking off his young halfback - who has struggled to try and fill the shoes left by Adam Reynolds this year - Demetriou told reporters post-game that Ilias will be back in the side next week. 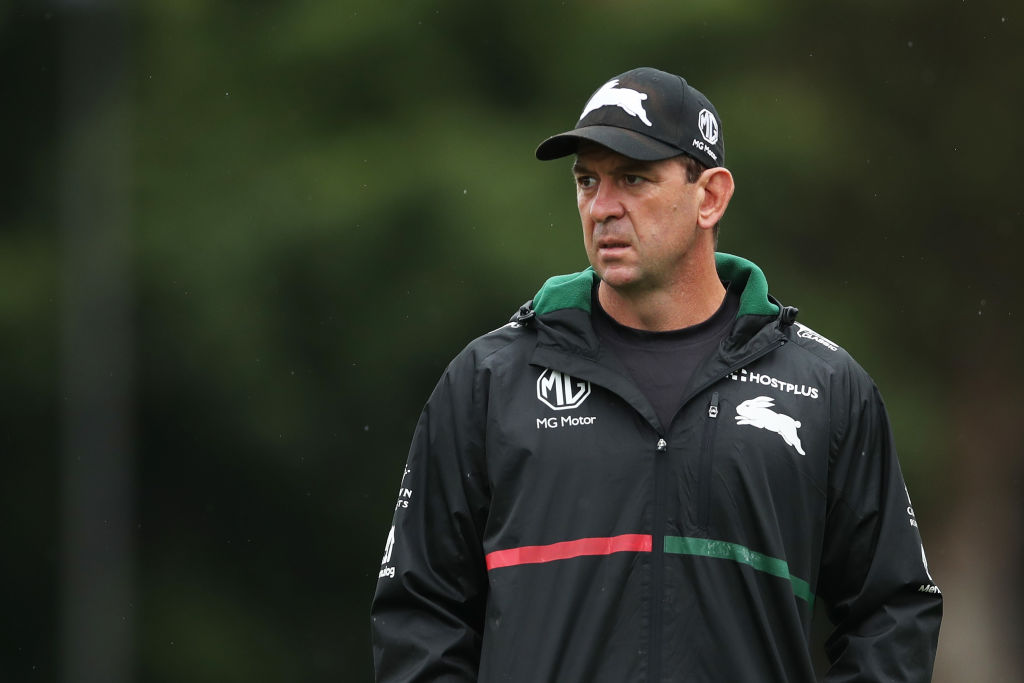 "I have no doubt Lachy will be a long-term half," Demetriou said.

"But he is a guy who has barely played any footy over the past two years.

"We had some experience to put Kodi Nikorima there and Blake Taaffe on who has played in some big games.

"Next week Lachy will be there and get himself going again."

The decision to remove the youngster from the game was met with widespread criticism, with Ilias struggling, but on a level no worse than the rest of his teammates.

The Rabbitohs will now have a week off to regroup over the representative round, before welcoming Latrell Mitchell back into the side for a Round 16 clash with the Parramatta Eels.

Mitchell's return, and the fact Ilias is likely to remain in the team, is likely to leave Nikorima and Blake Taaffe to fight over a single spot on the bench.