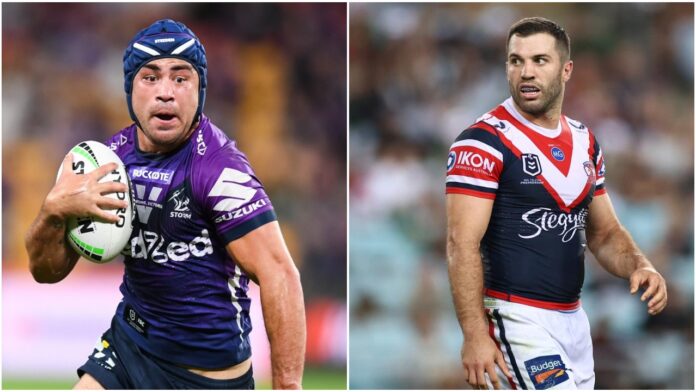 The Dally M awards. My favourite night (this year, two nights) of the year.

Each and every year, without fail, Rugby League's "night of nights" throws up plenty of discussion points.

Last year it was the award winner himself. Jack Wighton was an outsider to say the very least. Meanwhile, Nathan Cleary was the best player in the competition by a mile yet left empty-handed.

There's been betting scandals, tied winners and deserved medal contenders robbed of their chance to win the award due to suspensions or ridiculous point allocations.

One year we even had points awarded by a judge who didn't watch the game live.

2021 won't see anything of that nature occur as a brand new, two-day format has been unveiled.

Monday's coverage on Fox Sports ran through multiple awards and narrowed the Dally M announcement down to five players.

You read that correctly; not one player from the minor premiership-winning Storm were worthy of being named in the top five players this season.

I would argue, vigorously, that Jahrome Hughes was far more influential this season than Tedesco or Cherry Evans.

That's not to say either had bad seasons. Tedesco was forced to carry the Roosters for literally months. That said, I'm taking Hughes' 2021 season over Teddy's every day of the week.

Someone convince me that Nicho Hynes wasn't worthy of a top-five finish this season!?

He was the player of the competition during his run at fullback. He outplayed everyone. The fact he played fewer games than others will see him largely forgotten in the Dally M race.

How does a team who finished atop the NRL ladder after 24 games not have a single player in the top five best players award!?

For those unaware of how the medal is awarded, it is based on total points given by a judge each game on a 3-2-1 basis.

A player who has three try assists but is the fourth-best player in a 40-0 win collects zero points. Meanwhile, a player who has a decent game in a horrible performance can grab a point.

Rugby League Outlaws discuss the finals, the Broncos Madness and much more

The fact Justin Olam didn't even make the initial shortlist of best centres says it all. This is despite the fact he has been the game's best centre in 2021.

He won't accrue the points required given the likes of Hughes, Smith, Munster, Hynes, Papenhuyzen, Grant and the like are taking points each weekend.

Not one of the top five players presents an egregious choice. They were all brilliant in 2021.

That said, Tedesco has had his least brilliant (an underhanded compliment if I've ever had one) season in years.

I guarantee you that the Storm's overall points tally will dwarf that of the Roosters. Yet no Storm player could amass the points to finish in the top five.

For the record, I believe the race will come down to Walker and 'Turbo'. The other three won't come into it. Or they shouldn't.

Nathan Cleary was on track to win the award in a canter before injury struck.

Turbo has been the most destructive player of the competition yet has missed enough games to create doubt in an award, on merit, he deserves to win.

The points system has long come under scrutiny and I can't see that changing. Heaven help the social media team posting the result should 'Turbo' not claim victory tonight.

Either way though, I believe it's time for that long, long overdue overhaul.

Surely the game's most prestigious award can't come down to who has played the most games or been above average in a below-average side.

The award should be presented to the best player of the season. That has been Tom Trbojevic.

Let's hope by this time next week we're not lamenting yet another shock or controversy when it comes to the supposed most sought after individual's honour in the game.

Doueihi no sure thing to remain a Tiger as rivals circle