Out of favour New Zealand Warriors forward Eliesa Katoa is reportedly set to jump ship for the 2023 season, with three clubs interested in the second rowers services.

All of the Melbourne Storm, Canberra Raiders and Dolphins are reportedly set to chase the edge forward, who has struggled for consistent minutes this season.

While Katoa burst onto the scene in 2020 and made 18 appearances in 2021 playing a strong brand of football, he hasn't been sighted on the field for the Auckland-based club since Round 11 this year.

On that occasion in a match against the St George Illawarra Dragons just 24 hours after prop Matt Lodge was granted an early release from the club, he played just 15 minutes off the bench, and has since been used as the 18th man in four games, but has otherwise missed the 17 in what was originally Nathan Brown's side, and has since become that of Stacey Jones, who took over as interim coach.

News Corp are now reporting that, despite having two years to run on his contract, the 22-year-old could find a new home next year.

The Tongan-born edge forward, who is yet to make his representative debut, but could have been on the World Cup radar with a strong season this year, could well seek a release from the Warriors given their almost blanket refusal to play him in recent times, with Jack Murchie seemingly moving ahead of him in the pecking order.

His talent may dictate that he stays at the club however, particularly with Euan Aitken leaving at the end of the year for the Dolphins, having transitioned into an edge forward from a centre during his time at the Warriors. 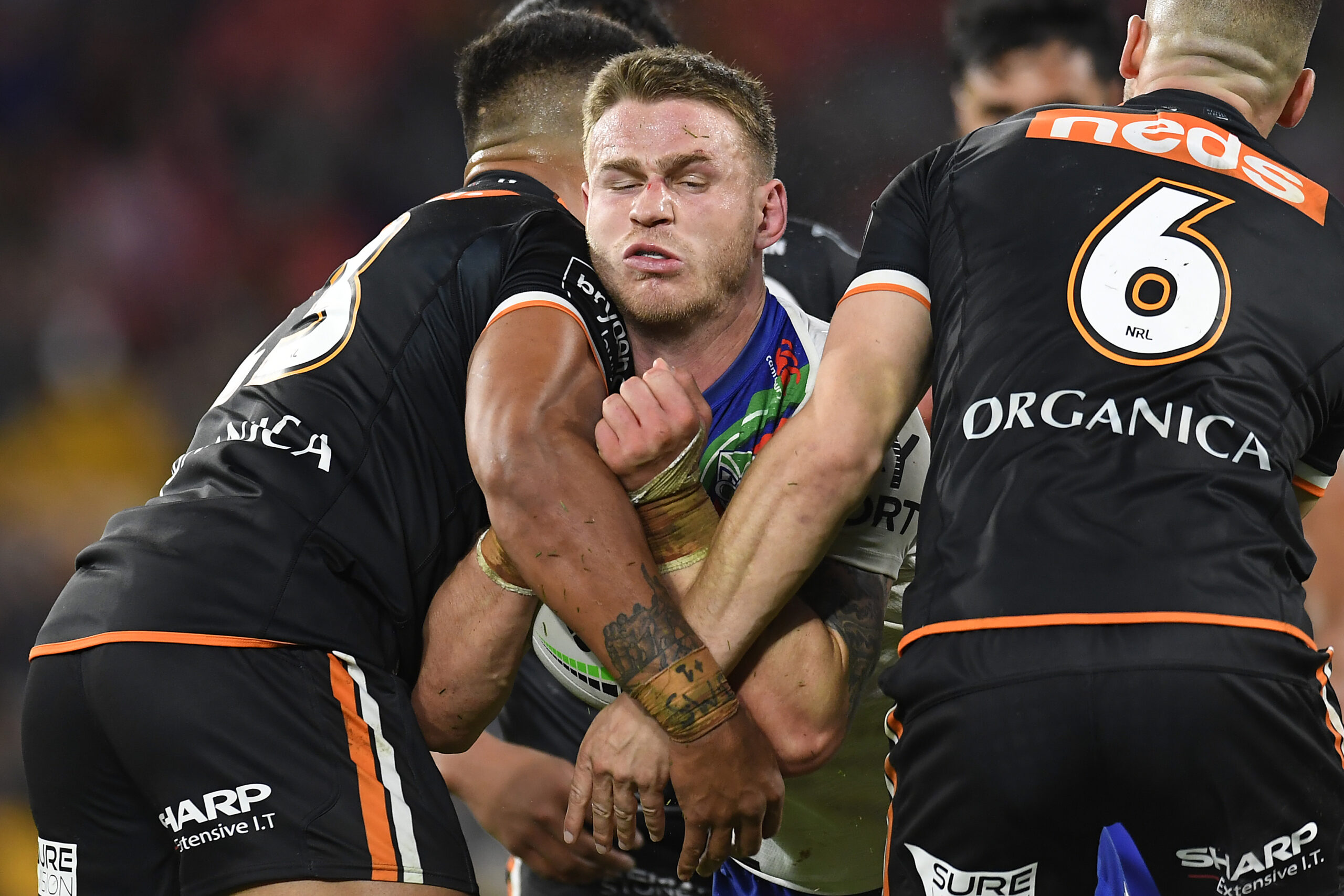 The Storm and Raiders are leading the hunt according to the report, with the Storm in dire need of second rowers for next season.

While they have signed Tariq Sims from the St George Illawarra Dragons, the club have lost experienced duo Kenneath Bromwich and Felise Kaufusi to the Dolphins, leaving a gaping hole in their forward pack.

The Raiders could also do with forward reinforcements, with their pack in the midst of uncertainty.

The Dolphins, as mentioned, have signed strong talent on the edge in Bromwich and Kaufusi, while Tom Gilbert is at the club, however, a player like Katoa would fit into the system inaugural club coach Wayne Bennett is attempting to build nicely.

No timeframe has been put on any possible decision for a release with the Warriors, with any potential questions and negotiations still believed to be in their infancy.