Melbourne Storm star Brandon Smith’s face wasn't the only thing shattered after he was forced from Melbourne’s training drill of a qualifying final against the Manly Sea Eagles.

Smith was dominant early as he offloaded two try assists in the opening 20 minutes, before a violent head clash with Manly prop Josh Aloiai put a quick end to his night.

The Melbourne medical staff feared for the worst, as they assumed Smith had suffered another facial fracture, given he informed them that he had lost feeling in the right side of his face. The immediate prognosis was disastrous for the ‘block of cheese,’ as he was not only informed that his night was done but also that that his season was over.

"When it happened it hurt but I didn't think I had broken it, Smith told NRL.com.

"But the physios asked me what the symptoms were and I just said my face is numb.

"They thought that was a clear sign of a fracture. Everything was sweet when they were pushing it, but if it was fractured and I went back out there and did damage I could've done serious damage." 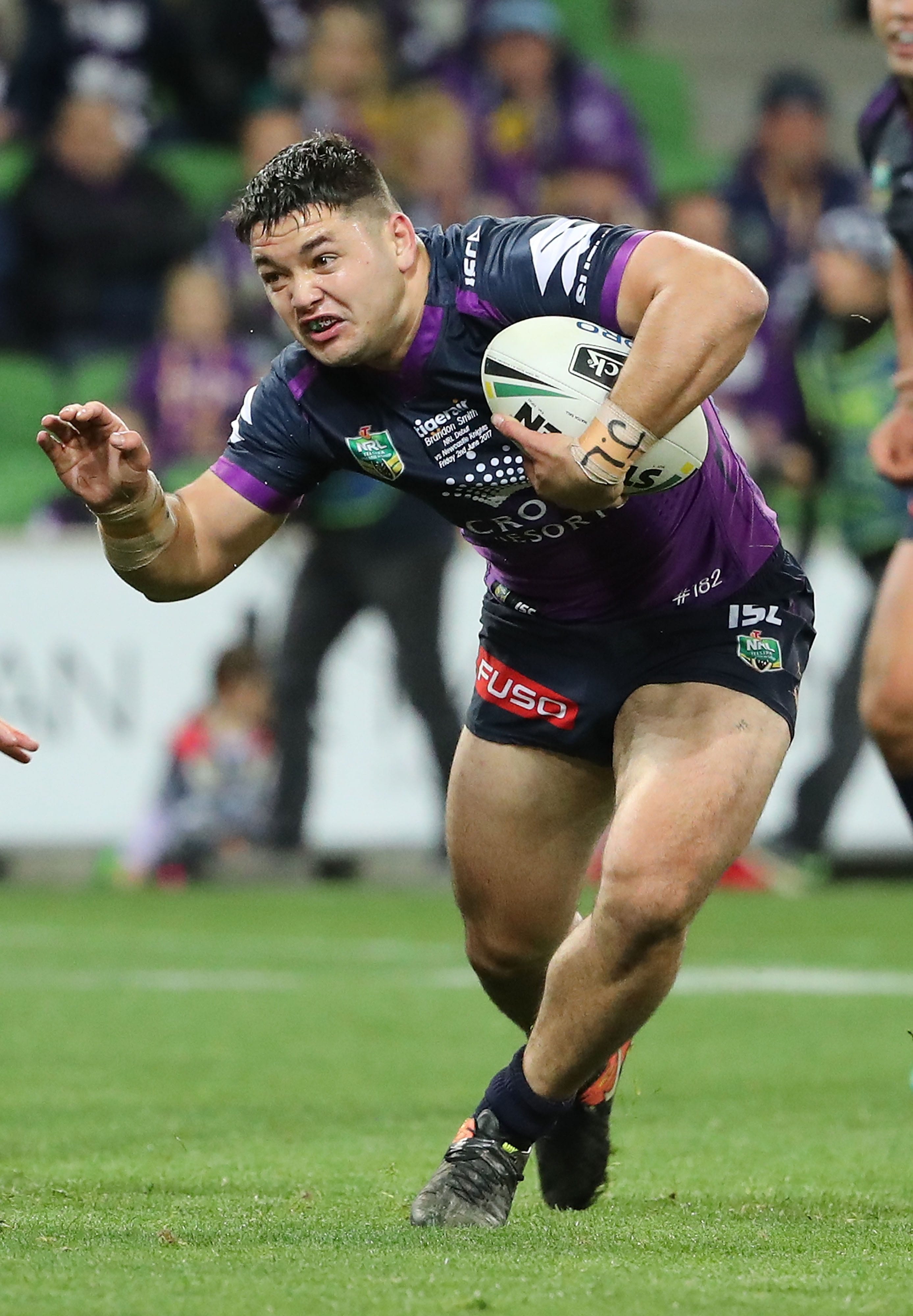 The club was forced to make a quick call on their star given that the two devastating facial fractures he suffered last season resulted in a pair of titanium plates now supporting the left side of Smith’s face.

‘Cheese’ went on to explain the extent of his immediate devastation, as he refused to leave the dressing sheds and instead allowed the tears flow uncontrollably. Although disturbing, Smith’s display was an earnest act that highlighted the giant leap he's taken as a leader in 2021, as he knew the potential distraction his sulking would cause if he were present on the sidelines.

"I had a little cry in the change rooms for a bit because they'd told me it was broken.

"It wasn't good signs but I couldn't go out there [on the sidelines], moping around and feeling sorry for myself, the team wouldn't have wanted that.”

Fortunately, scans taken after the giant victory revealed that Smith is actually free from a third facial fracture and is likely to take place in Saturday’s preliminary final against the Panthers.

The encounter has massive ramifications, not only is grand final birth up for grabs, but the league's top two sides will battle in a 2020 grand final rematch in the process, meaning that the Storm need 'Cheese' and the rest of their artillery if they are to advance.

WATCH: Eels fringe forward in strife after being sent off