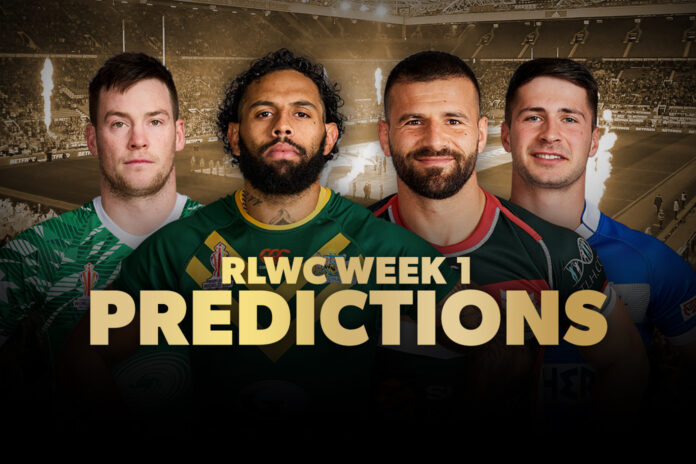 The 2022 Rugby League World Cup is set to kick-off this weekend, with a clear favourite seemingly for all eight of the opening matches, as all 16 teams take to the field.

The expansion of the tournament has seen new qualifiers in Greece and Jamaica for the first time, but the best chance of an upset is likely to come elsewhere.

The first game of the tournament may also serve to be one of the best of the group round, with hosts England to take on the might of Samoa. England have long been one of the big three in international rugby league, however, the continued growth of the Pacific Islands has some forecasting that Samoa could be the dark horse to take out the entire tournament.

That will be followed with Australia's opening match against Fiji, while big guns New Zealand open their tournament on Monday morning (AEDT) with a clash against Lebanon.

In between, Scotland take on Italy and Jamaica play Ireland, before the mid-week games see France take on Greece, Tonga play Papua New Guinea and Wales battle the Cook Islands.

Seemingly, the best chance of the upset is in the final game of the round when Wales tackle the Cook Islands, although the Rugby League World Cup can throw up unexpected results.

For each week of the Rugby League World Cup, Zero Tackle's team - made up of founder Matt Clements, senior reporter David Piepers, and writers Jack Blyth and Dan Nichols, as well as myself - will provide our tips for each game of the tournament.