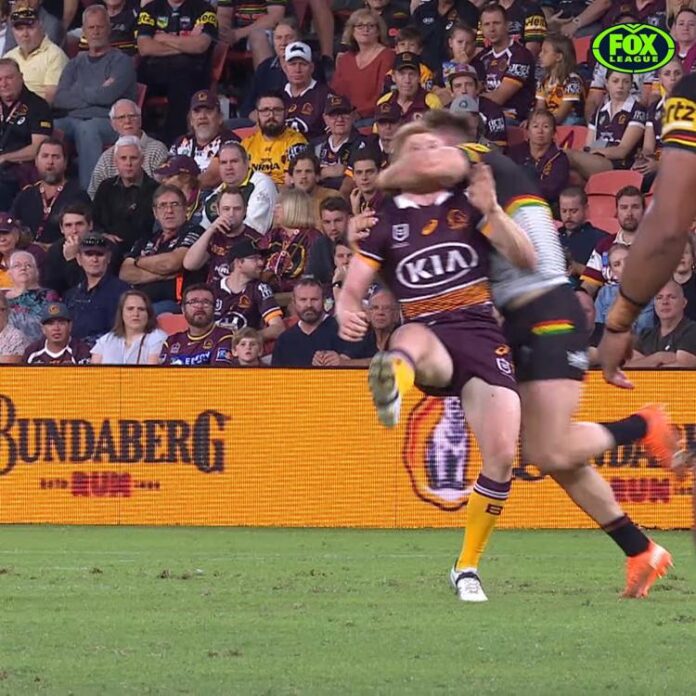 The incident occurred in the 16th minute of the first half and did not result in a penalty from referees at the time, however, the match review committee hit Momirovski with a grade two dangerous contact (head/neck) charge.

Momirovski will serve a two-game suspension with an early guilty plea, or risk a three-match van if the NRL judiciary finds him guilty.

Panthers centre Paul Momirovski is facing two weeks (with the early guilty plea) on the sidelines for this tackle on Tom Dearden @RheemAustralia pic.twitter.com/CePZW7zfdP

The Panthers have until 12pm Saturday to enter their plea.

It comes ahead of Penrith’s upcoming clashes against the Knights, Sea Eagles and Sharks.

With Momirovski set to miss time, Brent Naden could be recalled to play his first game this year to fill the void at centre, while Robert Jennings could also be in the mix.

“Usually given a penalty I would think. They’ve missed on there.”