Wests Tigers head coach Michael Maguire has revealed Luke Brooks could be anywhere from two to four weeks away from a return after suffering a hamstring injury, while Brent Naden will come straight into the team to play Canterbury on Friday evening.

Naden made the surprise switch from Belmore to the Tigers during the week in what was a whirlwind 24 hours for the outside back following the departure of Trent Barrett.

The head coach resigned from his post on Sunday evening, with players informed on Monday morning.

The first anyone had heard of Naden being linked to the Tigers was when he popped up in the reserves list for the game against the Bulldogs on Tuesday afternoon, before the club confirmed the news shortly afterwards.

Maguire told the media on Thursday morning that he has been monitoring Naden for some time, and that he will come straight into the side.

"I met Brent some time ago and I have always kept an eye on his progress.

"Where we are at the moment we have been looking for someone with strike out wide.

"I went back and had a look at his highlight reel from when he was at Penrith and he is a very talented centre." 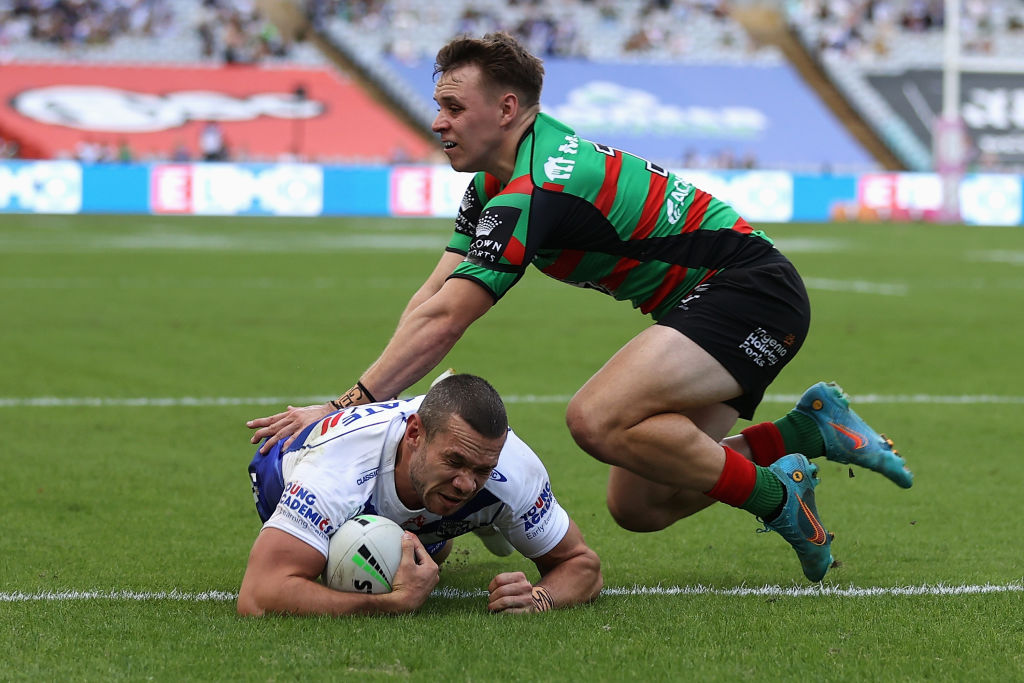 It would appear likely he will line up in the centres, with Maguire having a number of options available as to who he replaces.

Tyrone Peachey could shuffle back to the bench as the utility, Asu Kepaoa could move to the wing with Junior Tupou dropping out, Naden could line up on the wing for Tupou, or he could replace Kepaoa in the centres in a straight swap.

That news will become clearer at 6pm (AEST) on Thursday evening when teams are trimmed to 19 players.

Maguire also clarified that Brooks will be back in the coming weeks from a hamstring injury.

"Hammies are a funny thing, and everyone is a little bit different.

"He is progressing into his running at the moment. It's a bit of a wait and see with the hamstring. You really have to manage them well.

"We have Jock Madden coming in and he will be right. He has a really good connection with the players young Jock, so he will fit straight into what we need."

Adam Doueihi is also set to return during Round 14, meaning the Tigers will have a difficult call to make over their halves.

Doueihi was among the Tigers' best last season, but has missed the start of this year with an ACL injury he sustained with five rounds remaining last year.

Brooks' shift to five-eighth, with Jackson Hastings running the team at halfback, could mean Brooks is the most likely to be dropped when Doueihi returns, although he could yet play in the centres - allowing Brooks and Hastings to continue in the halves.