Despite Charlie Staines being contract for the 2023 season, it has been revealed that his manager has reached out to the Wests Tigers over the prospects of a contract.

Staines finds himself on the outer at the Penrith Panthers as the 2022 season proceeds.

While he started the season in the team, a string of average performances, as well as the emergence of Taylan May - who replaced Brian To'o when he was out injured for eight weeks - has left Staines floundering in reserve grade.

After an electric debut, he has struggled to hit the same heights, either on the wing or in his preferred fullback position, and lost his spot when To'o returns.

While he played as the Panthers' Origin stars were in camp against the Canterbury Bulldogs in Round 13, it would appear his chances to return to the NRL for the remainder of the season will be few and far between.

It's understood Penrith, who are battling salary cap problems of their own despite a handful of departures at the end of last year, and a handful more coming at the end of this year, won't have the salary cap space to re-sign Staines past his current deal.

It means he will need a new club, and The Sydney Morning Herald have revealed his manager reached out to the Tigers in an apparent sign that little interest exists for the Forbes-born 21-year-old.

It's understood however that the Tigers knocked back the approach, instead focusing their energy on re-signing Daine Laurie, with an over abundance of young wingers already in their squad pushing for a position behind regular starters David Nofoaluma and Ken Maumalo. 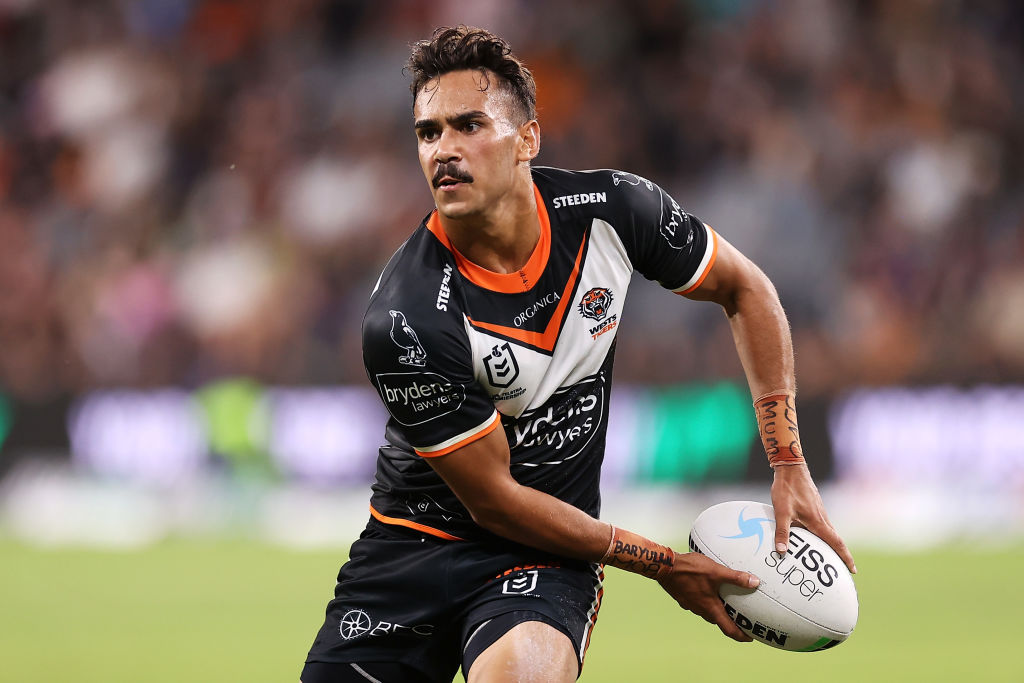 Laurie is off-contract at the end of the 2023 season and able to field offers from rival clubs from November 1, should he not wish to re-sign with the Tigers.

Intriguingly, the star fullback has been linked with a move away, with other clubs reportedly interested in his services from 2024, or potentially earlier if they could secure a release from the Tigers.

It's understood Laurie's preference is to remain at the Tigers.