State of Origin and injuries have created carnage for the Brisbane Broncos and South Sydney Rabbitohs as the NRL plays its second bye round.

It's better news at the Newcastle Knights and Cronulla Sharks, while questions hang over the fitness of plenty.

Here is all the latest in team news and rumours for this weekend.

Cronulla Sharks
In an enormous boost to the Sharks' chances for this one, Nicho Hynes will be able to play after being dropped down the pecking order to 19th man. Him being able to play means the Sharks will be unimpacted by Origin. The only change they may make is for the return of Jack Williams, however, he may struggle to snare a spot off either Aiden Tolman or Andrew Fifita on the interchange bench.

Melbourne Storm
The Storm will be without Cameron Munster and Harry Grant, who are in Origin camp. Expect Jayden Nikorima to retain the position at five-eighth, although youngster Jonah Pezet could also be a chance given how poor the Storm were last week outside of the final ten minutes.

Brandon Smith will shift across to hooker for Grant, with Josh King returning to the starting side at lock. That should bring Tom Eisenhuth, who is returning from injury, back onto the bench. Dean Ieremia's bench spot is also up in the air, with Jordan Grant or Bronson Garlick the most likely players to slot onto the bench. 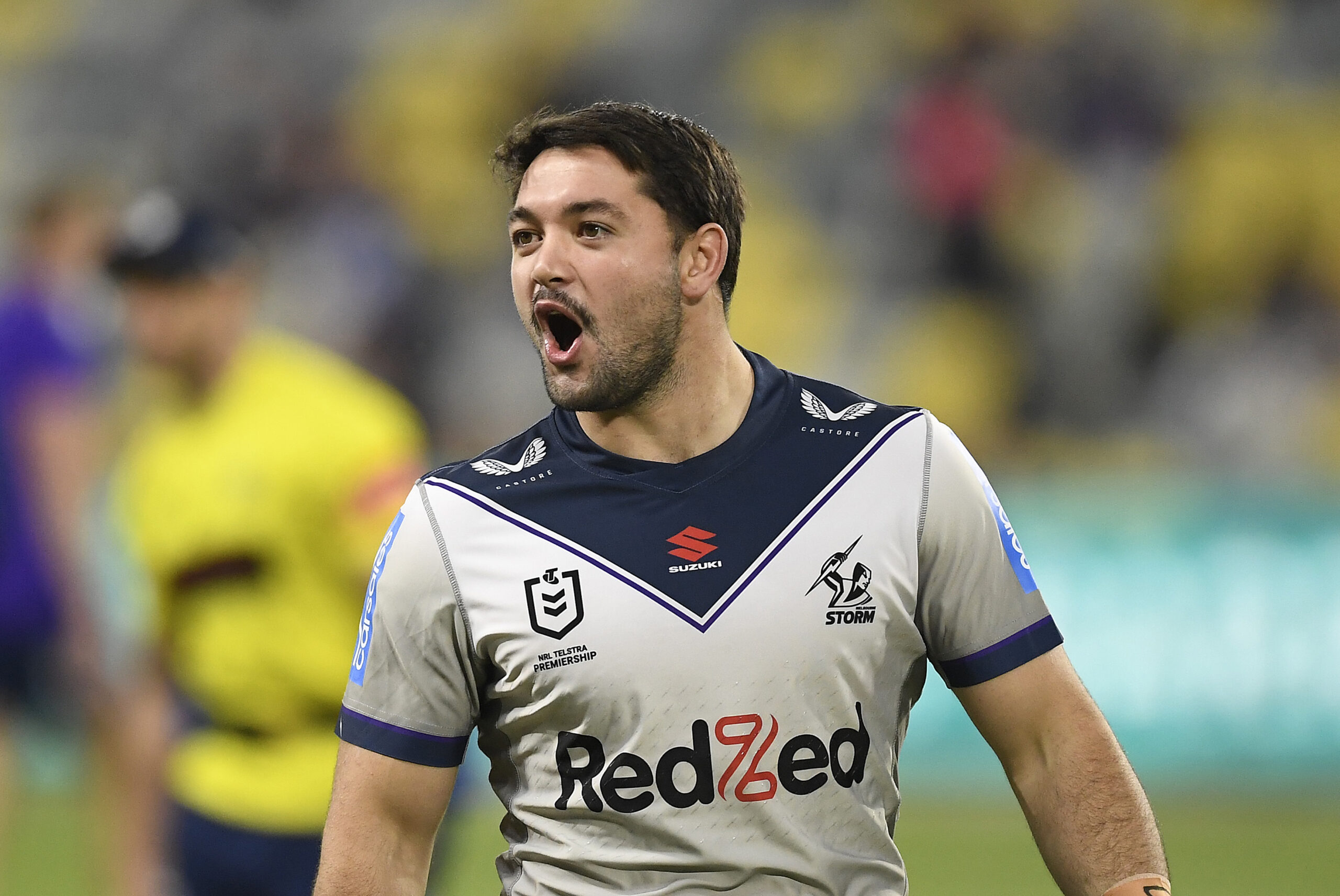 Newcastle Knights
The Knights are set to welcome back both Bradman Best and Jayden Brailey. It's tipped that Best will come straight in for Enari Tuala, while Brailey is likely to return via the interchange bench, potentially taking the spot of Simi Sasagi.

South Sydney Rabbitohs
The Rabbitohs will likely be forced into numerous changes for this week despite the fact Latrell Mitchell will play after not being selected for the State of Origin decider.

All of Campbell Graham, Hame Sele and Mark Nicholls are tipped to be unavailable for the clash. Taane Milne is likely to move into the centres, while Thomas Burgess will start up front alongside Tevita Tatola, with two of Davvy Moale, Trent Peoples and Michael Chee-Kam added to the bench if Nicholls is also declared unfit as he passes through concussion protocols.

Wests Tigers
The Tigers won't be forced into any changes, however, James Tamou is due back after missing last week with a calf injury. Expect that to mean Austin Dias drops out of the side, and Alex Seyfarth moves back to the bench allowing the now sole captain of the club back into the starting side at prop.

Parramatta Eels
The Eels will be without Junior Paulo to Origin. Ryan Matterson is a chance of returning, but could also miss as many as three weeks before he makes it back onto the field. If Matterson was to be fit, then Mararta Niukore would likely shift to prop, with Matterson taking the 13 jumper. If not, Oregon Kaufusi is likely to come in off the bench to play alongside Reagan Campbell-Gillard up front, with Nathan Brown recalled onto the interchange. 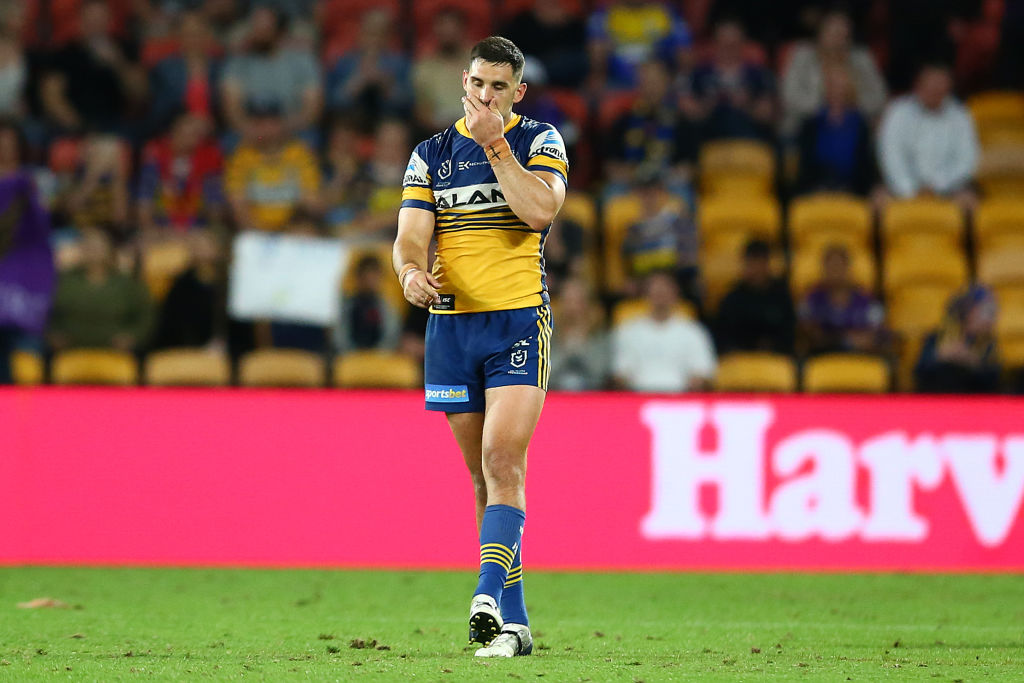 Brisbane Broncos
Big problems for the Broncos, with Payne Haas (shoulder), Te Maire Martin (ribs) and Corey Jensen (calf) all to join Patrick Carrigan, Selwyn Cobbo and Kurt Capewell in watching on from the sidelines.

Tesi Niu is due back this week and could be rushed straight in at fullback, although if he isn't quite ready then David Mead would likely take over. Cobbo will be replaced on the wing by Jordan Pereira, while the forward pack will be a different looking outfit.

All three members of the middle third are gone, meaning Thomas Flegler will join Keenan Palasia up front, with Kobe Hetherington slotting in at lock. TC Robati and Brendan Piakura - who would have been the two top options to replace Capewell - are also out with a broken arm and concussion respectively. That means Xavier Willison will parachute into the second row having only returned from injury a couple of weeks ago. The three new faces on the bench are likely to be Ryan James, Rhys Kennedy and Logan Bayliss. 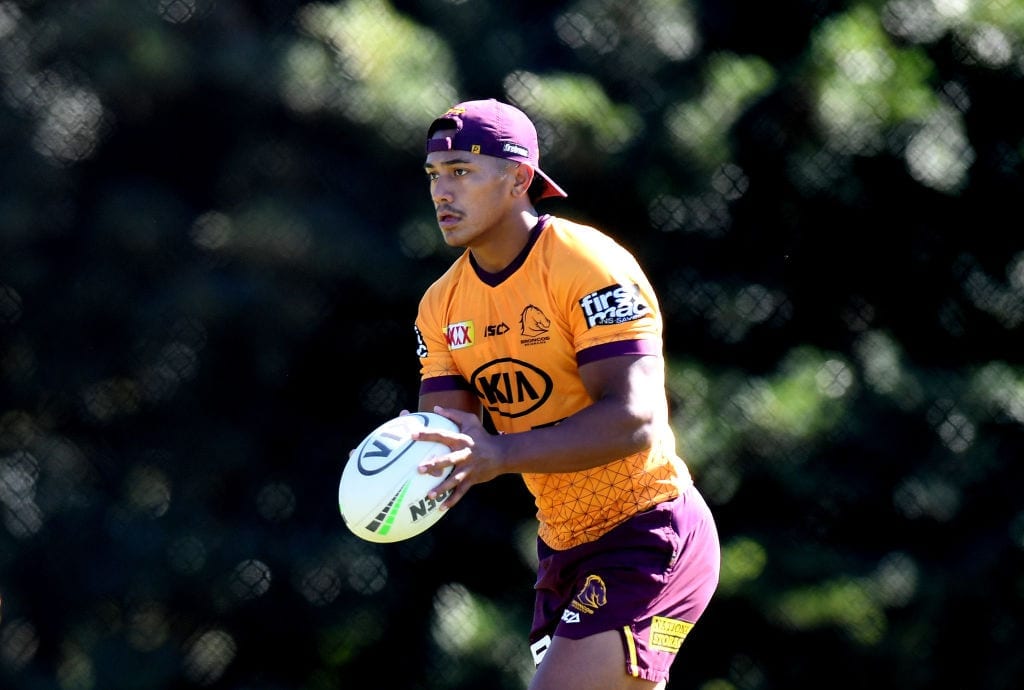 St George Illawarra Dragons
Ben Hunt will be out as he is in Queensland Origin camp, with Jayden Sullivan likely to come in and join Talatau Amone in the halves, although Moses Mbye could also be selected to start with Sullivan on the pine. Mathew Feagai also failed to finish Sunday's game against the Canberra Raiders with a leg injury, and could be directly replaced by brother Max if he fails to pass fit.