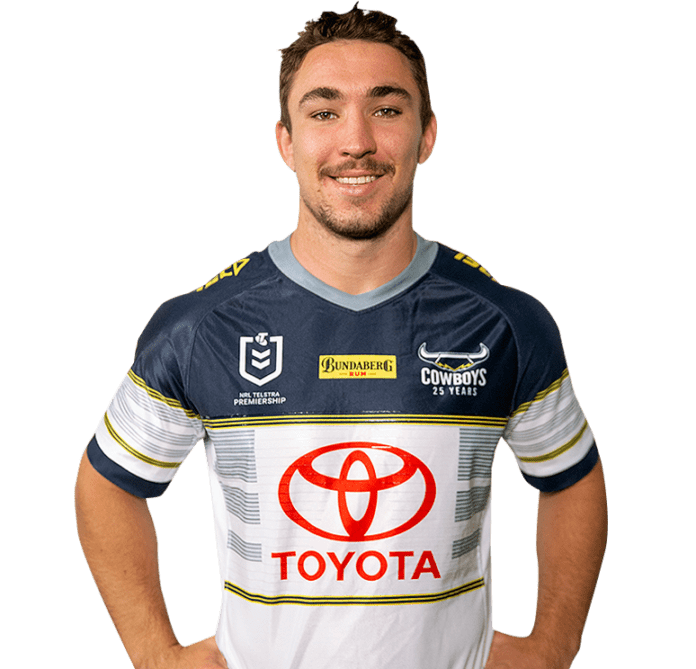 Over the next few weeks, I’ll be checking in on the players to see what they’re up to, and who they’d hate to be stuck with through all this.

ZT: You’ve made the jump from the Dragons to the Cowboys, how’re you finding Townsville so far?

RR: Yeah mate loving it up here so far, just can’t wait to get back out there with the boys.

ZT: You actually managed to score a try against your former club in the Perth Nines Final, run us through that.

RR: Yeah it was a great experience winning the Nines tournament and great to get a try in the Grand Final to top the weekend off.

ZT: What did winning that trophy not just do for your own confidence, but for the team’s?

RR: It gave the boys a bit of a boost going into the season, especially after a long pre-season.

ZT: You were apart of the Cowboys side in Round 1, how did it feel running through that tunnel onto the new stadium?

RR: Unreal experience. Such a good stadium, I think it’ll be massive for us and for all of Townsville going forward.

ZT: You’re sharing the hooker role with Jake Granville, is there anything from his game you’ve been able to pick up and add to your own game?

RR: I just try to learn as much as I can from his experience having been in the game for a while now.

RR: Practicing my golf chipping in the back yard.

RR: Yeah there’s been a fair bit of Uber Eats, but my go to would have to be Spaghetti Bolognese.

RR: I’ve been trying to go for a run early in the morning.

RR: Probably myself, hate being stuck inside.

Thanks for the chat Reece! Stay tuned for the next installment of ‘Blythy’s Lockout Low Down’, and drop a comment below to let me know who I should talk to next, and what you want to know!