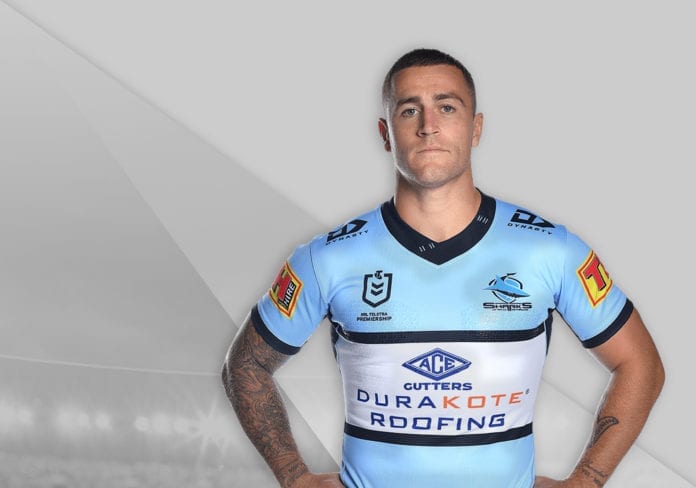 Over the next few weeks, we'll be checking in on the players to see what they're up to, and who they'd hate to be stuck with through all this.

In today's edition, we spoke to crafty hooker Cameron King about his knee reconstruction, social media and what's keeping him busy!

ZT: So I've got to ask straight off the bat - how's the knee mate? I know everyone in the rugby league community was shattered when it happened.

CK: It's good thanks mate. It's been two weeks since surgery, the first few days and nights are pretty rough to be honest with the pain and the swelling. I'm on top of that now and have started doing some gentle exercise to get some movement back in the knee.

ZT: You have had some bad luck with injury, but what does it mean to see the amount of people that reach out to you to wish you well and make sure you're doing okay?

CK: It's overwhelming mate and it really does keep me positive. I get so many messages from all different people and I do my best to message people back. I'd like to think I'm a genuine guy and take the time to talk to people who genuinely wish me well. I'd like to thank everyone for all the kind messages of support.

ZT: You've been to England for a year with Featherstone and now you're back in the NRL with Cronulla, what's the main difference between the culture here and over there?

CK: It's very different. I loved having a season in the UK. It was something completely different to anything I've ever experienced. I think the hardest part was that I've been full time in the NRL since high school, and went to the UK which was part time. We would train Tuesday and Thursday night then captains run Saturday morning and play Sunday. We had a really good season with a lot of success, we lost to the Toronto Wolfpack in the Grand Final.

ZT: You're from Wagga Wagga, what does it mean to see the clubs now taking a game out to the bush and rewarding die hard fans?

CK: It's awesome to see. I remember being a kid growing up in Wagga and if someone came to town from an NRL club it was so exciting. It's great to see because country footy is such a big thing and they are so passionate about rugby league.

ZT: This year actually marks ten years since your NRL debut, what's been the highlight so far?

CK: It's been a crazy ride. It hasn't always gone to plan for me but I'm proud of what I've been able to achieve and to fight through adversity. My highlight would have to be the 2011 World Club Challenge with the Dragons. I did tear my pec in the game but it was such a great experience that I'll always remember.

ZT: We're all obviously stuck at the moment, what're you doing to keep yourself busy?

CK: It's been hard mate. I've just spent two weeks at home on the couch after surgery now we are self isolating again. I've watched plenty of Netflix and some study but I have my daughter due in the first week of April so that will no doubt be keeping me busy now.

ZT: With all the restaurants closed, what's your go to feed at home? Can you cook, or is the Uber Eats getting a work out?

CK: Mate I've been so lazy because it's been hard to get off the couch. I've been having plenty of frozen meals because I don't feel like cooking and my missus is nine months pregnant so neither of us have had the energy to cook big meals.

ZT: Speaking of work out, you obviously can't at the club at the moment, how're you keeping yourself fit?

CK: Yeah I'm only just starting to do some light workouts now so I'll be out on my balcony doing some banded work and dumbbell work. It's not much but it's enough to keep me from going crazy.

CK: I think Andrew Fifita would be going crazy, he loves to be outside and being loud and a pest so I'm sure he's sick of sitting at home.

ZT: Thanks for the chat Cameron! Stay tuned for the next installment of 'Blythy's Lockout Low Down', and drop a comment below to let me know who I should talk to next, and what you want to know!