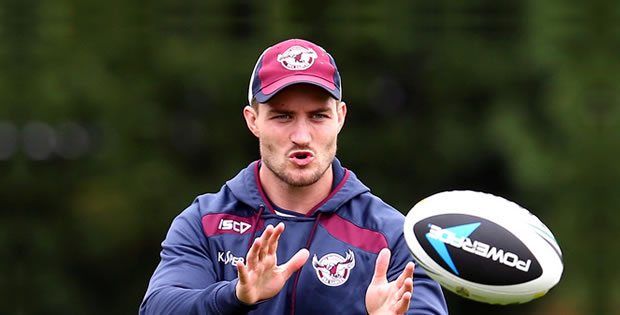 Although technically the anti-tampering deadline no longer exists, the general thought it as of November first, it is officially open slather for teams hunting players off-contract at the end of 2015.

2014’s offseason movements will not see a host of superstar shifting clubs. Anthony Milford and Tariq Sims aside, the majority of players are either coming to the end of their careers, or are moving clubs to establish themselves.

Of course there is a lot of time between now and kickoff in 2015, so there just may be plenty of action to come, but looking at the off-contract list in 2015, the list is absolutely incredible.

A host of absolute superstars come off contract at the end of next season, including some of the best playmakers in the game.

Also coming off contract are a host out star outside backs, and big men.

Quite frankly, I don’t believe I have ever seen such a huge number of talent come off contract at the same time. This will surely cause a mountain of activity as clubs scramble to retain their stars, while opposition clubs will do everything to convince stars to jump ship.

I’m not even going to attempt to rank the incredible list of names, but I have chosen 10 that I believe will draw a lot of attention.

To clarify, I don’t necessarily believe the following 10 to be the best players off-contract, but more so those who will be most sought after.

For example Nate Myles is off contract, but I simply don’t see him signing anywhere but with the Titans. The same goes for Billy Slater and Daniel Tupou, who will surely re-sign with their clubs also.

I expect the Raiders, Sharks and Eels to be the big players in next season’s player market. All three have big money spend and require marquee players, especially the Raiders and Sharks.

The victorious New South Wales winning halfback but one of the genuine stars of 2014. His ability to lead his team to victories in close contests, including his series winning try and conversion in Origin, place a huge target, and price, on his signature for 2016 and beyond.

Prediction: Re-sign with the Bulldogs

Sezer has shown undoubted talent during his time on the Gold Coast, but unfortunately has been struck down by injury, hampering his development. If Sezer can produce an injury free season, the sky’s the limit for a man once touted as a future Origin half.

Prediction: May be on the move. Expect the Raiders and Sharks to chase hard

Arguably the biggest name coming off contract. A premiership winning, international, half of the highest ability, Foran can command a massive contract. Manly will be counting on loyalty and love for the club as surely they can’t match the offers from the cashed up sides.

Prediction: Re-sign with Manly in the face of HUGE opposition from the Eels

One of the most destructive runners in the game, Hurrell is sure to attract more than a few clubs attention. Seemed to finally develop a defensive game in 2014, making him a dangerous player. Will continue to improve. Scary prospect.

Prediction: Will likely re-sign with the Warriors, however I expect the Sharks and Raiders especially to give it a red-hot go.

Supposedly he and his two brothers signed letters of intent with the Bulldogs, only to mention they intend on staying with the Knights a few days later. Mata’utia will incredibly make his international debut against England over the weekend. Will be in huge demand

Potential Suitors: There won’t be too many clubs who wouldn’t sign him today if possible. It’s down to the Dogs vs Knights tho.

Prediction: Will re-sign with the Knights. The brothers are likely to come as a package deal, and could sure up the back three in the Hunter for the next decade.

Hopoate will likely move to fullback to replace the irreplaceable Jarryd Hayne, meaning his value is set to soar. A star capable of playing anywhere in the back five, there will be a few clubs tempted to have a cheeky inquiry. Hoppa’s best footy is still ahead of him.

The youngster I still believe should have taken out the rookie of the year awards, and a member of the Kangaroos squad, will be the attention of more than a few clubs. With ten or more years left in him, barring injury, Johnston has in incredible upside.

Potential Suitors: This could be an NRL-wide shootout

Prediction: Will stay loyal to the Bunnies, but could very well be on the receiving end of a massive offer from the Raiders that could set him up for life.

Now a premiership winning halfback, Reynolds has proven himself to be the real deal. After two straight prelim losses, the questions of his ability in huge games were asked. Those questions have now been answered.

Prediction: May end up as the replacement for Todd Carney at the Sharks. I understand he wants to stay at Souths, but surely they won’t be able to retain both he and Keary unless one, or both, accept a well under market contract.

Reynolds’ partner in crime, Keary’s talent is such that he is the focus of an interstate tug of war for his services. Keary will be able to name his own price should he allow himself to test the open market. Cronulla and the Raiders will surely lead the charge.

Prediction: Will re-sign. Souths will definitely keep one of he or Reynolds, that is without a doubt. Whether they can keep both is another question.

In my view the form back rower of 2014, Guerrera could be in for a substantial pay rise. The Roosters will move heaven and earth to keep him after losing SBW to union, but that won’t stop sides looking for a genuine world class talent in their pack.

Prediction: Will surely re-sign, but I can just an easily see him accept a massive offer to move to the capital and lead the Raiders for the next five seasons.

The former NSW five-eighth had yet another brilliant season in the tri-colours. With plenty of clubs chasing a star member in the halves, Maloney should be able to command an increase on his current deal.

Prediction: Will likely re-sign as the Roosters should be able to upgrade his contract after SBW’s exit, but the Raiders and Sharks may make it very difficult.