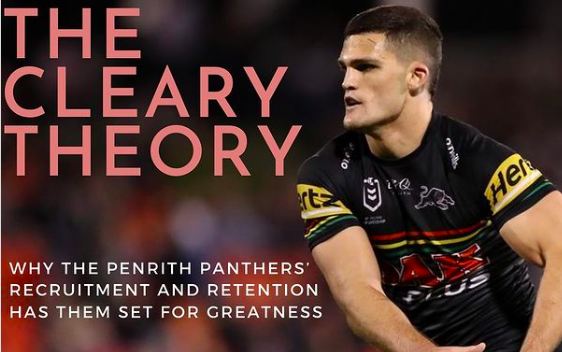 Few have been paying attention to Penrith’s re-signings and recruitment strategy in the past two years, and it is now at the point that Penrith are one long-term re-signing away from a dynasty.

One by one, the Panthers have been locking up young star after young star long-term and keeping only the best of their deep talent pool. In addition, with the last of their cap space - like the Storm - they buy journeymen and experienced role players like Scott Sorensen, Kurt Capewell and Zane Tetevano and improve their respective games.

Penrith have one of the youngest teams in the league, and their "under-25" team would beat a number of NRL teams (especially thanks to their all-star backline).

As the years pass, their junior nursery will continue to provide outstanding prospects each year to compensate for the high number of players that chase larger deals elsewhere. 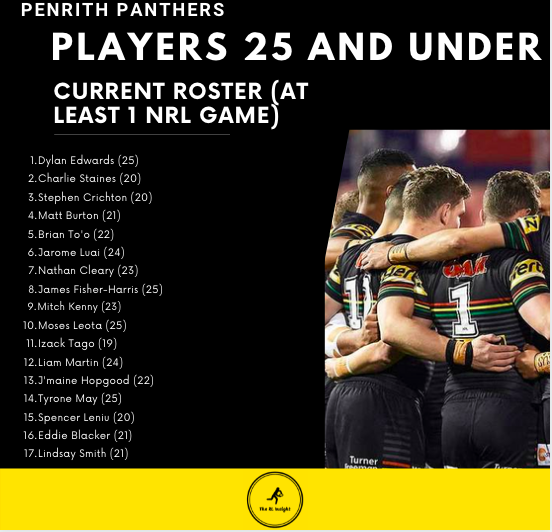 The only major recruitment decision that Penrith need to make is to re-sign hooker Api Koroisau long-term.

The side has a settled, Origin-quality halves pairing in place and an elite No.9 cements a spine that suits their fit and skilful forward pack.

There are quality young backs (Charlies Staines, IzackTago) coming through and Brian To'o and Stephen Crichton are already stars at the back. Their junior nursery is exceptional and each year introduces new stars like Matt Burton, Jarome Luai, Crichton and Tago.

They won't keep all their youngsters, but the best rising stars will be locked up by the club. As shown below, Penrith have the majority of their squad already locked up.

The only players Penrith would enter the market for would be a versatile 14 (capable of playing lock, hooker and five-eighth, especially during Origin) as well as an experienced bench forward, which would more than cover the losses of Burton (utility value and halves expertise) and Capewell (experience).

They wouldn't use any more than $250k-year of their salary cap on these endeavours.

Firstly, of the experienced cheap forwards that are off contract in 2021 and seem unlikely to be re-signed, Aaron Woods and Leeson Ah Mau could both have a Tetevano-like impact on the Panthers.

Both would offer Penrith plenty of energy and leadership off the bench and have been representative players in the past who have captained either their club or national team.

These 200-gamers would take significant pay cuts (being paid 250k/year or less) due to low demand for their services. Penrith may land one of these two seeking a premiership to finish their careers.

Dylan Walker, Tanah Boyd, Tyrone Peachey and Will Smith are all high quality utility players capable of playing dummy-half, lock, half, centre or fullback and would provide both improved spark off the bench that Tyrone May and Mitch Kenny aren't quite generating, as well as quality cover for Origin.

They are all off-contract and are unlikely to be retained. Therefore, these X-factor players are worth a Penrith pursuit and won't cost much.

Penrith should especially target Peachey and Smith, who are both brilliant utilities. They are more likely targets for Penrith, being former Panthers fan favourites. Both would likely have the desire to return, and due to little interest elsewhere, Penrith could offer low-value deals. Peachey's future remains unclear, and Smith is only on a small deal at the moment, both could be good buys.