Embattled Melbourne hooker Brandon Smith has issued a public apology following his involvement in the white power scandal to hit both the Storm and the league.

Though the NRL's Integrity Unit saw fit to fine the Kiwi international $15,000 and suspend him for Round 1 of the 2022 season, Smith was also slapped with further internal punishments from the Storm.

In addition to a raft of other sanctions, should Smith fail to adhere to the purple powerhouse's standards, the 25-year-old will be handed a further fine worth $50,000.

This figure has currently been suspended by the Victorian club. 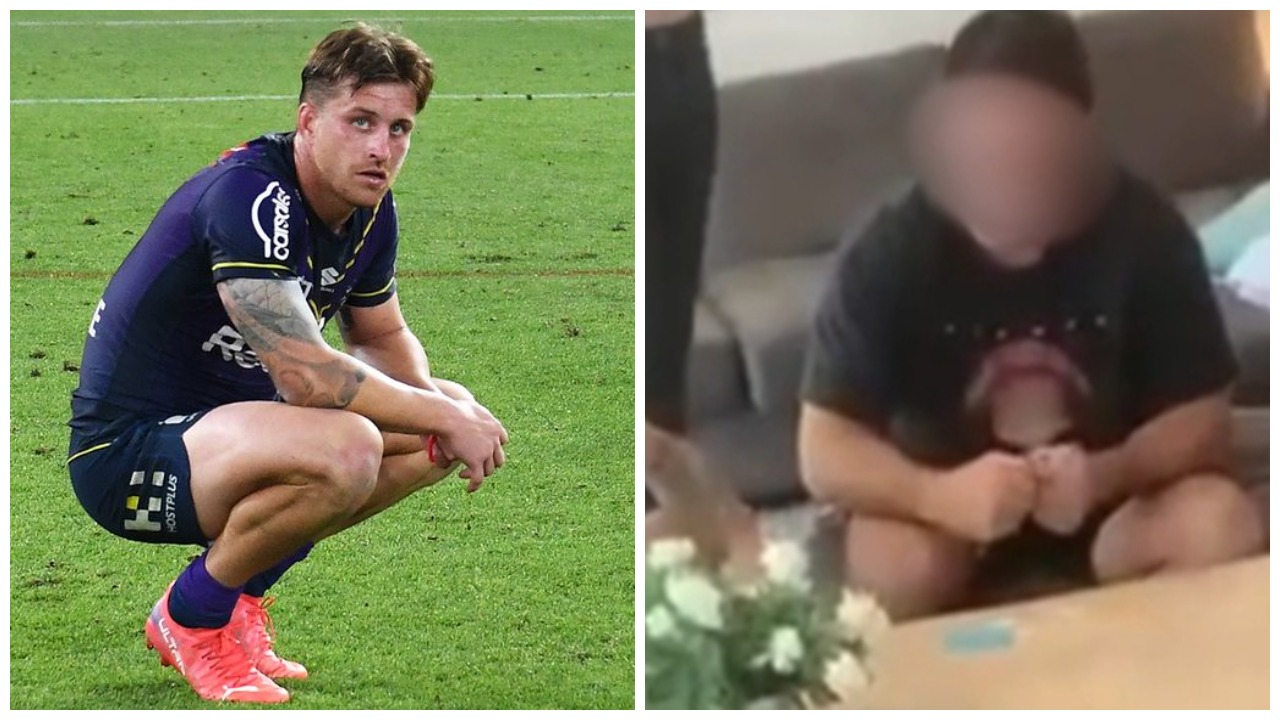 Speaking publicly for the first time since the footage of he and follow teammates Cameron Munster and Chris Lewis surrounding a white power arose, the Waiheke Island-born dummy half wished to own his actions.

“Firstly, I also want to congratulate Penrith on the Grand Final win and Souths on a great season,” Smith was quoted by Fox Sports.

“I apologise my actions detracted from your Grand Final week when the focus should have been on your great achievement.

“I want to apologise to the NRL for my actions causing damage to the brand of the game during the pinnacle event of the year.

“To your broadcasters, sponsors, commercial partners, and fans, I also sincerely apologise."

While known as a larrikin in league circles, Smith claimed he was deeply upset to have added to the negative tropes that are often attached to the code and those that play it.

“I hate that I have added to the stereotype of players but thank the NRL for understanding I am a young man that made a poor mistake by putting myself in the situation I did, I would never intentionally cause harm to the game," he continued.

Smith then turned his focus to the club and people who gave him his first shot at first-grade in 2017.

“To the Melbourne Storm, I deeply regret the trouble I have caused to the club, and all our amazing sponsors and partners," the 2020 premiership player stated.

“To our board, staff, old boys, members and especially fans, I am sorry. I am very angry and disappointed that my actions have affected my ability to play alongside my team in Round 1 next year.

“So to my teammates, I hope I can rectify what I have done and gain some respect back.

“To Justin [Rodski], Frank [Ponissi] and Craig [Bellamy], I am sorry I let you down. But thank you guys for your support in the face of all the criticism, which speaks volumes of the culture and care that you guys have for me and this club."

The Maori All Stars representative continued to narrow his focus by issuing his regrets to his inner circle.

“I know I have let a lot of people down, especially my family, I’m sorry for all the criticism you guys have received over social media platforms, which is probably the most painful and heartbreaking thing I’ve had to deal with," Smith said.

Smith also explained that it was actions that spoke louder than words and that he would be doing everything in his power to clean up his act.

“I know that you know I am a good person, with good intentions and a good heart, I also know that these are all just words, but I don’t want you to judge me on words, rather judge me on the actions I take moving forward from this," the versatile New Zealander stated vehemently.

“I will be working closely with the well being team to address any behavioural issues to ensure I don’t put myself in a compromising position in the future."

Smith signed off by expressing a gratitude to the game and it's people for having stood with him across the past fortnight.

“I have also received a lot of support from a number of people this week, for which I am grateful for," he said in finality.

“In addition to the club, I want to thank my family, friends, teammates, manager, and various people within the rugby league community for being extremely kind to me."

It is not yet known who Melbourne's opponents will be when Smith takes his place in the stands for next year's opening week, but recent reports suggest that next season's draw will be completed and announced by the end of this month.

Smith and the Storm are still negotiating the terms of his next contract with the club.

Should the rake feel he can earn more time and money elsewhere, there were said to be a raft of clubs that were keen on his services prior to his misbehaviour.

It is not yet known if this interest has cooled or not.