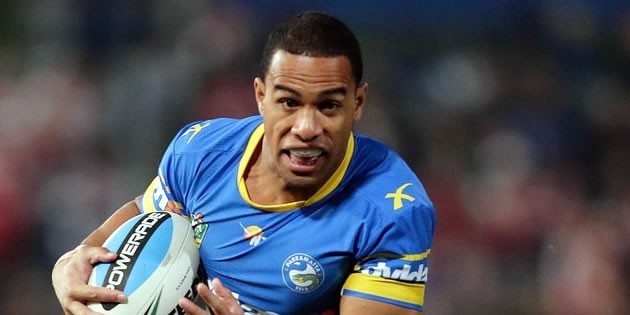 Yesterday the Sharks announced the return of local junior, and one of the stars of the New Zealand Warriors in Chad Townsend.

Coupled with the recent signing of Rooster superstar James Maloney, the Sharks look as though they finally possess a halves combination that could see them challenge for a top four position.

Townsend has improved out of site since travelling across the Tasman after moving from his local club the Sharks, and could prove a brilliant foil to Maloney.

With all due respect to Jeff Robson, who has provided good service to the Sharks, his best days were when paired with the enigmatic Todd Carney, who provided the spark and kicking game in the combination.

Both Townsend and Maloney offer a far superior running game to Robson, as well as a far more complex kicking game.

Youngster Jack Bird has filled in with great success after being called upon early in the season, but his future is believed to be in the outside backs, most likely at centre.

The Sharks currently have a solid centre pairing, however they lack a genuine class centre who can bust a side open.

Leutele is capable of making the odd break, but he and Beale have a combined try tally as we enter into round 18 of just three. Beale is of course yet to post a try for his new club.

Bird’s moving to centre should provide the spark, pace, and tackle busting ability that the Sharks have so desperately been calling out for. With Maloney and Townsend calling the shots he should see plenty of quality ball.

Ben Barba is also set to benefit big time, as he will be able to focus on his own game instead of being forced into a playmaking role, a role he has not looked comfortable in this season.

However, and there is that horrible word again, the Sharks are still short a serious centre partner option for Bird. Leutele and Beale won’t let you down, but I honestly can’t think of a centre combination with less try scoring potency than the Sharks pair.

Looking at the list of uncontracted centres, one man stands out as the man the Sharks should probably be chasing … Will Hopoate.

Although Hoppa himself has not had the most brilliant of years, the fact he has been untrusted with a NSW Origin jumper should say a little bit about the quality he offers.

Hopoate’s venture into the Eel’s vacant fullback position proved that his best performance is definitely in the outside backs, which is where he earned his big money contract after setting the competition alight at the Sea Eagles.

A backline of Barba, Holmes, Bird, Hopoate and Feki/Gagan, with a halves combination of Maloney and Townsend should leave the Sharks with little excuses should they fail to challenge for the top four next season.

The Sharks have also been linked with former Kiwi international Sika Manu, which could free Paul Gallen up to move into the front row to partner Andrew Fifita.

This time last year there looked to be no future for the Sharks. Fast forward 12 months, and the future is certainly a bright one in the Shire.

Should the club make a play for Hopoate, and sign him, or someone of similar quality, then a top four challenge, and that elusive first premiership may not seem to far away.

As exciting as the Origin period is, I’m sure glad it’s almost over. These below strength, four fixture a weekend rounds simply don’t cut it.

It’ll be good for teams to focus purely on their finals charge with the Origin series in the books.

It might sound like a broken record, but can you think of any competition in the world that is affected for over a third of its regular season to accommodate three games?

Kurt Gidley moves back to fullback this weekend to allow the horribly out of form Tyrone Roberts to reclaim his spot in the halves for the Knights this weekend.

The only problem is that one of their most exciting talents, and one of their best players over the past fortnight, in Jake Mamo, misses out.

With Mamo being joined in NSW Cup by two of the Mata’utia brothers, while Sione fills in a position he has not looked confident in, there are some pretty big decisions being made to accommodate Gidley and Roberts.

Neither player is likely to be at the club next season, while neither has looked anywhere near their best.

All’s I can think of is that it’s the dreaded second-tier salary cap striking again.

Perhaps it’s time to run Gidley off the bench, and allow Mamo or Mata’utia to run in the number one. I honestly can’t see Newcastle challenging to play finals this season, so perhaps the club’s view should switch to a long term one.