The try came in the Sea Eagles' Round 25 beatdown of the North Queensland Cowboys, a game they would win 46 points to 18.

The final minute of the game was seemingly going to fizzle out into nothing after a Cowboys kick ended up sitting in the Manly in-goal, however, even with a top-four spot secured and bigger fish to fry in less than seven days time, Reuben Garrick and his Manly teammates had other ideas.

Tip-toeing along the dead ball line, Garrick would then re-enter the field of play and beat three defenders before setting sail for the sideline. He linked up with Daly Cherry-Evans on halfway who then took off in space.

Cherry-Evans would beat Coen Hess, then grubber back on the inside for Tom Trbojevic who completed a stunning hat-trick. 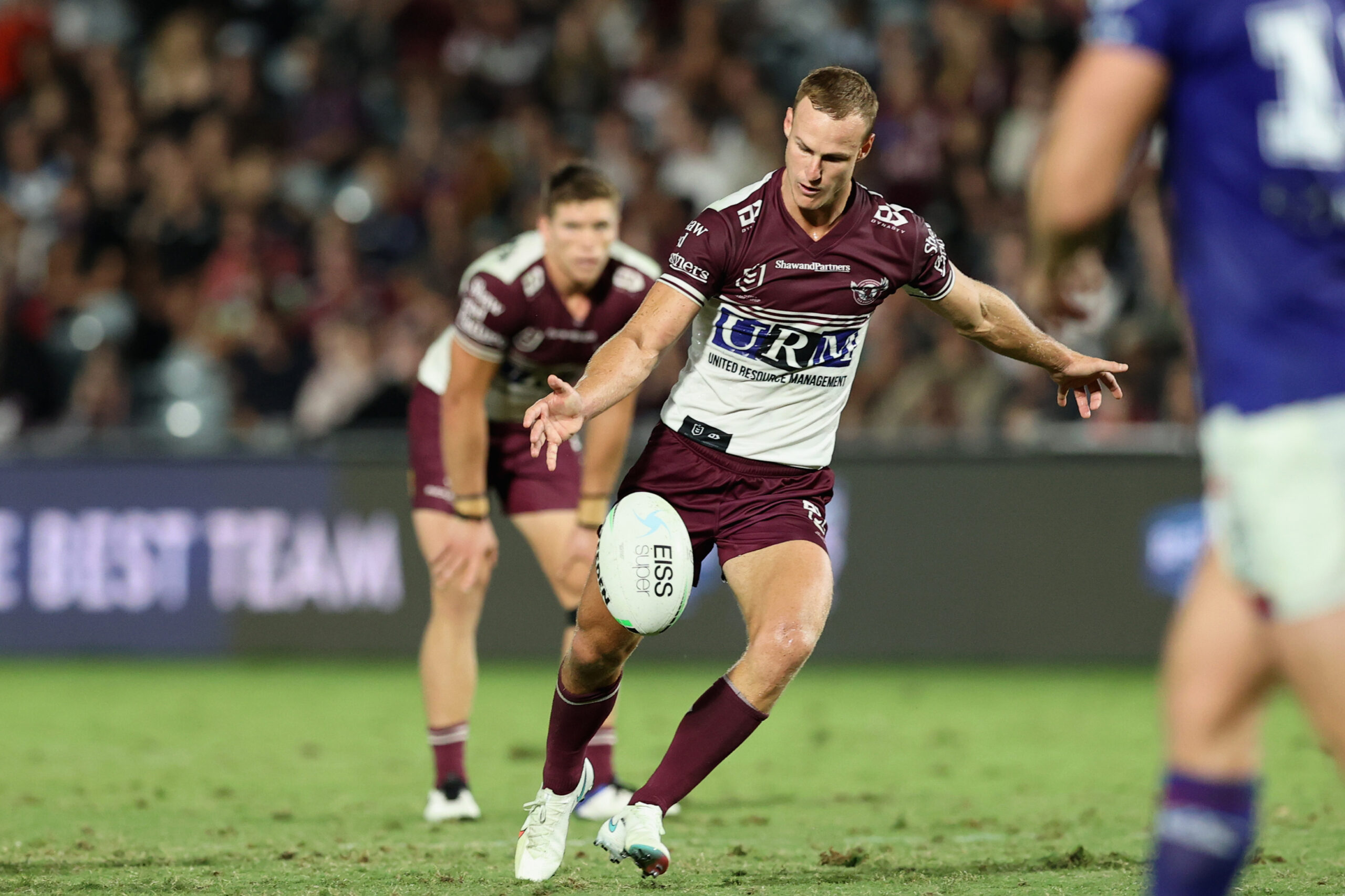 Fox Sports commentator Andrew Voss described the try as "from another universe" as Trbojevic planted the ball over the line to complete the drubbing.

It was Trbojevic's fifth hat-trick of the season.

Incredibly, the Sea Eagles had looked to be struggling earlier in the game, before Trbojevic and brother Jake put the foot down to motor away from a battling North Queensland Cowboys outfit.

Trbojevic scoring try o the year is just another string to bow of a phenomenal season, one which is seemingly likely to end with him picking up the top gong in the game despite playing just 15 matches.