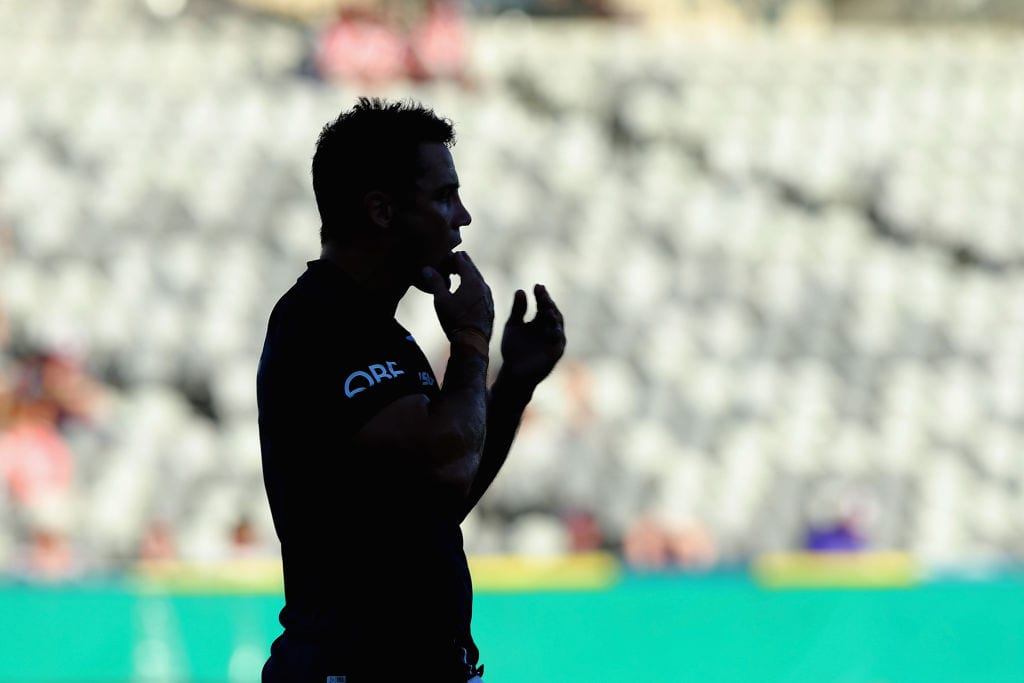 We are almost there. One more sleep until RUGBY LEAGUE!!! It has been a horrible off-season but tomorrow night at 8:05 pm it will have all been worth it.

Each week we are going to present the official Zero Tackle power rankings. These will be based on results, performance, quality of opposition and will take into account expectations.

Below are the pre-season standings. This is how we rate the sides heading into round one in terms of Premiership credentials. This is just a starting point and will change significantly as results dictate.

The Roosters have had almost the perfect off-season. The only negative was a jaw injury suffered by Luke Keary which will deny him a start in round one. Otherwise, the Roosters have absolutely nailed their off-season recruitment and preparation. Tedesco and Cronk are in, Cordner, SST and JWH are fit and raring to go. There is a very good reason they are the current competition favourites. I expect a huge first-up win over the Tigers on Saturday afternoon.

Another side who have enjoyed a near perfect pre-season. Lachlan Coote will miss the round one clash with the Sharks but isn't looking at an extended layoff. Todd Carney's potential signing should not prove too much of a distraction. Thurston and Scott are back to full fitness with JT laying on a match-winning try with the final play in his side's final trial game. Add in Jordan McLean and this side will be very, very difficult to beat. Should start the campaign with a win in JT's 300th game.

The Storm won the World Club Challenge in a canter and boy did they look good in doing so. Cooper Cronk has moved on but his replacement in Brodie Croft looks the real deal. Billy Slater's injury will keep him out of the round one trip to Perth but he too should be back sooner rather than later. Face a tough assignment in a new look Bulldogs outfit but you'd have to be a braver man than myself to tip against them.

The Eels look like a genuine top-four threat in 2018. Clint Gutherson is out and may miss the opening month but they are otherwise full strength. Jarryd Hayne's arrival is a game-changer despite his indifferent form in 2017. He is back home and ready to fire in the centres. Brad Takairangi's move into the second row should be one that benefits the side. I'm looking forward to another monster season from Nathan Brown. Look for Daniel Alvaro to establish himself in a big way.

The Sharks have enjoyed a brilliant pre-season and all the signs are good in the Shire. Moylan and Dugan look to have slotted straight in while the emergence of the Sharks NYC stars has created competition for places, especially on the interchange bench. Face one of the toughest away trips in the game first up but will embrace the early test. Expect Kurt Dillon to come onto the bench in place of Paulo to add more size to the Sharks pack. In for a good season.

The Dragons are one of the sides I am really looking forward to watching in 2018. Ben Hunt and Gareth Widdop's combination should bring plenty of glory for the Red V, although as shown in the Charity Shield it may take time to come together. Paul Vaughan is a fearsome forward and should be in early Origin talk. James Graham is a big in for both work rate and experience. Frizell and Sims round out a forward pack with plenty of weapons. They open their campaign against the Broncos and should be confident.

The Broncos have endured a rough pre-season with media scrutiny applied to the Brisbane-based club. Jack Bird will miss the opening few rounds and a potential move to the back row for Corey Oates looks to have been put on hold. That said they still possess some brilliant players and a coach who knows what he is doing. James Roberts has a chance to push his Origin claims early. Anthony Milford will be under pressure but looks primed for a massive season.

I tipped the Panthers to finish fifth but I have concerns. They've lost Bryce Cartwright and will play knowing Tyrone Peachey has already decided his future lies elsewhere. Reports of discontent within the playing ranks refuses to go away. That said, this Panthers side still has more than enough artillery to finish comfortably inside the top eight. A huge round one home game against local rivals the Eels has me very excited for Sunday afternoon footy.

For mine, the Bunnies are the big movers in the pre-season. They looked good in the Charity Shield and have made some great decisions. Damien Cook is an absolute superstar in the making and should play big minutes moving forward. Inglis is back and looks fit. Walker and Reynolds have weapons on either side now that Gagai has arrived. I would not be shocked at all if the Bunnies start the season with a convincing win in Perth.

The wait is almost over. Newcastle fans, having sold 25,000 tickets for a Friday 6pm game, are salivating at the prospect of a far improved 2018. I join you fans in both excitement and optimism. The side looks good on paper and I love the inclusion of Slade Griffin at number nine. It will be interesting to see how Pearce and Watson play with Brock Lamb on the bench. This will be fun, and I'm tipping a Knights first-up win.

Manly have decided on Lachlan Croker as their number six. Dylan Walker should be back within a month. Joel Thompson has slotted in nicely. The pieces are falling into place on the Northern Beaches. Tommy Turbo is set for a magical season and his brother Jake is set to join him at another level. Manly will face a hostile crowd in Newcastle on Friday evening but will be confident knowing they have a settled spine in place.

The Dogs have undergone some massive changes in the off-season and it looks to have paid off as their reserve grade side stunned the full-strength Panthers in a trial. Mbye moving to fullback is a brilliant move and should spark the Dogs attack. Foran and Woods are in, Klemmer has finally been moved into the front row, and the Morris boys flat out refuse to age. They face a tough test in round one but it's not about immediate success. The pride is back in the jersey, the results will come.

I'm split on the Raiders. I'm backing Rapana and co to smoke the Titans on Sunday evening but I'm not so positive re their 2018 fortunes overall. I was shocked to see Blake Austin named on the bench. Obviously Stuart sees something that most don't as I would have thought getting the ball in Austin's hands as much as possible would be an early goal in the capital. We'll see if it pays off. They should score plenty of points this weekend. It will be fun.

Honestly who knows what the Warriors will do on Saturday night, or ever? You might as well decide your position on the Warriors via a coin toss. RTS has re-signed and Blake Green has arrived. Those are two massive positives for the Warriors, but their side looks to lack the stars of yesteryear. Johnson will have to have a wow of a season to lift his side into finals contention. Face the longest road trip in Rugby League on Saturday.

The Titans posted a new look forward pack on Team List Tuesday and I'm looking forward to seeing how they go. The side looks better on paper and there's a new, keen, coach at the helm. That said, it looks a long season ahead for the Gold Coast side. I'm hoping they play attacking footy in what could be the most entertaining game of the round against the Raiders. At home they should have nothing to fear.

Ivan Cleary provided the biggest selection shock of round one in leaving superstar winger David Nofoaluma out of the side. Lolohea returns to fullback with Corey Thompson on the wing. I'd like to have seen the early odds on that being the set up for round one. I fear for the Tigers ability to score points but they really have nothing to lose on Saturday afternoon. I'm hoping they throw everything at the Roosters. They're going to need to.

For those looking to pass 45 minutes of this horrible Rugby League-less afternoon, the first episode of the Fins Up Podcast is now up. Yes, the world was craving another Rugby League podcast and we have delivered. It's an NRL podcast with a not so obvious Sharks bias. Please excuse the early audio issues. Fins Up Episode One: Hail Matt Moylan