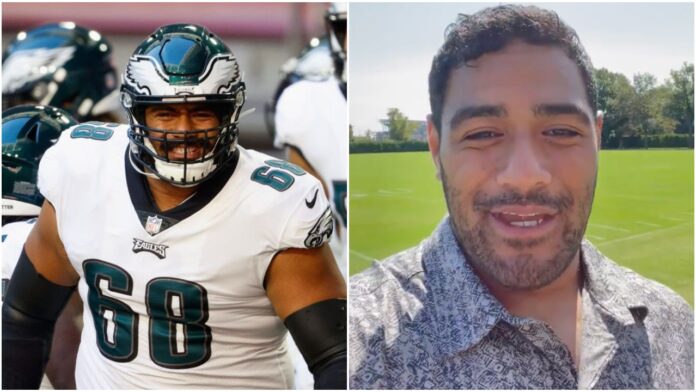 Mailata joined the Eagles via the 233rd overall selection in the 2018 NFL Draft, and has since flourished across 15 appearances for the Eagles.

The Philadelphia offensive linesman's new four-year deal will see Mailata earn close to $108.7 million AUD, with at least $55.5 million guaranteed for the 24-year-old.

Jordan Mailata never had worn a football helmet until three years ago and he has started only 10 games, but he’s 6’8”, 380 pounds, with freakish athletic ability and upside. https://t.co/Qrtei0P0vU

"Excited to be here for another four years representing this team and city," Mailata said on the announcement of his new deal.

"I can't wait to keep representing my family and everything that I have in me to commit to you guys to get a championship here."

Mailata featured for Canterbury's SG Ball side and the Bunnies' under-20's team in his development as a NRL hopeful.

The Samoan international had very little Gridiron experience growing up, however was able to translate some of his skills as a rugby league forward to gauge NFL scouts.

The 203cm-tall offensive tackle first signed with the Eagles on a rookie deal worth $2.5 million in 2018, and has since impressed Eagles coaches.

Mailata will line-up against the Atlanta Falcons this week for the Eagles' first game of the 2021/2022 season, with the game commencing 3:00am AEST.