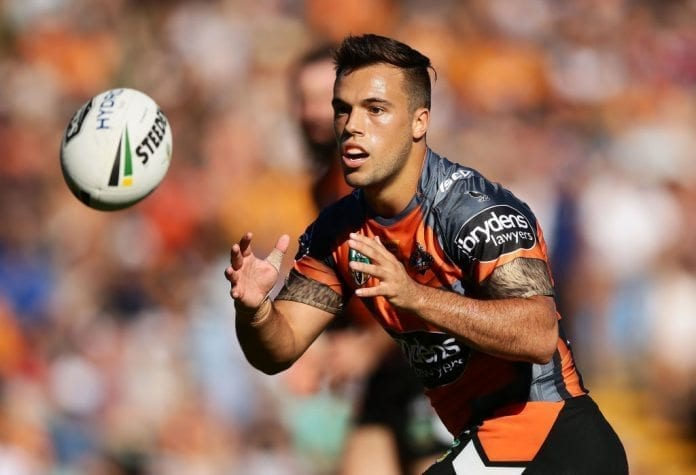 The Sydney Morning Herald reports Brooks has accepted an Ivan Cleary approved contract worth close to $550,000 a season.

Next on the list for the Wests Tigers is securing superstar fullback James Tedesco. The club has tabled a four-year, $4.5 million deal that would see him become one of the highest paid players in the NRL.

But it's not all good news for Wests Tigers fans with the Parramatta Eels making a play to sign Brooks' halves partner Mitchell Moses.

Parramatta are keen to lure Moses back to his junior club and have been on the lookout for a playmaker to partner Corey Norman in the halves.

Wests Tigers captain Aaron Woods also has a deal on the table and he's said to be weighing up his options.

Tigers continue to inspire next generation

“We just got steamrolled”: Arthur worried over Eels effort in horror...