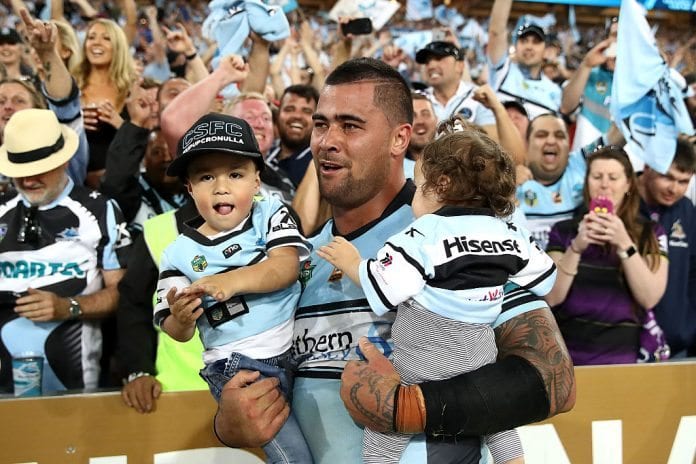 For those rugby league fans who have spent the past 48 hours under a rock, or perhaps those still celebrating in the Shire, 90% of talk following the Kangaroos squad announcement has centred around the non-selection of Semi Radradra and Andrew Fifita.

For those who have missed the news, both were overlooked due to on-going investigations due to off-field issues.

Radradra has been advised to focus purely on his upcoming legal matter. Due to the nature of the alleged actions of the Parra superstar, I won’t be making any specific comments.

That being said, if the NRL were truly worried about the image of Semi continuing to play the game, they would not have allowed him to ply his trade for the Eels over months since the alleged incident became public knowledge.

Sharks fans were hammered from all corners after booing the returning Parra flyer at Southern Cross Group Stadium after the reports surfaced, yet NRL selectors are being paraded as kings of morality.

Fifita, who has come under incredible scrutiny after a series of errors of judgement, was overlooked for selection despite being one of the form props in the competition.

If the Clive Churchill medal selection process wasn’t the most laughable process of all time, the winner is selected before the completion of the game, he’d be wearing the medal right now.

The try he scored this past Sunday will replay thousands of times, and will rival the births of children when it comes to Sharks fans life memories.

That being said, he won’t be lining up for the Kangaroos.

For the record, I fully support the decision to leave both players out.

Semi should be focused purely on his upcoming court case. If he is found guilty, his future as an NRL star should be over, as should anyone found guilty of violent offences.

Fifita is under investigation for bringing the game into disrepute. His grand final heroics don’t excuse his bad decisions.

The time off will allow Fifita to refocus and become a better player, and person. He is in a position where can become a role model and to be honest, a Sharks club legend.

He’ll play many more tests for the Kangaroos once the situation is closed.

That being said, the omission of both players reeks horribly of the mother of all publicity stunts.

Good on the NRL for sending a message. It is LONG overdue. There are players running around, high profile players too, that I simply can’t support. If they signed for my NRL side tomorrow, I’d be shaking my head.

Radradra, and especially Fifita, are being made scapegoats. Someone has to be the first, but how can Todd Greenberg and co stand there and honestly ask us to buy into what they are selling, while players with less-than-squeaky-clean pasts, proudly wear the green and gold?

I don’t want to go into specifics as I don’t want to target players, some of which have completely turned their lives around since their horrible decisions, and are now genuine role models and heroes to their fans.

Why now? Why Fifita and Radradra?

The Roos squad announcement was delayed following the Sharks title win due to the fact that any message sent would have been relegated from the back pages following the culmination of the club’s 50-year journey.

Andrew Fifita, smiling proudly and holding the NRL’s top prize, would have been on both the front and back of the major publications in Sydney, for very different reasons.

By holding the announcement back 24 hours, the message was better sent.

Once again, it’s a positive message, and one I support strongly.

This is one of those instances where I would be very, very happy to be wrong, just as I was after my writing off of the Storm pre-season completely blew up in my face, but this seems like another false dawn.

Hats off to the Greenberg administration for making a stand, and I admire Mal Meninga’s decision not to select those suspended QLD players for Roos duty earlier this season, but only time will tell whether or not this is the turning of the tide or just another publicity stunt.