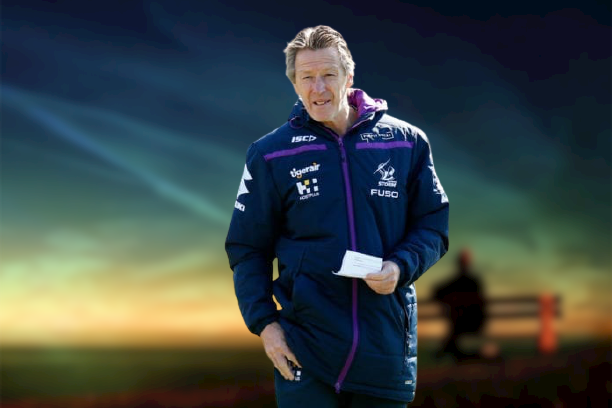 Bellamy's future remains up in the air, who is in the final year of his deal with the Storm amid links to the Sharks and Broncos in director roles.

A report from The Australian's Brent Read last week alleged that Bellamy was on the cusp of turning his back on rival offers to re-sign with the Storm for another 12 months.

However, Bellamy told Weidler on Wednesday “I’m still interested” in the Sharks role.

The 61-year old's family is based in southern Queensland, where he may yet have a temptation to move to.

He told The Daily Telegraph earlier this week that his future is far from set in stone.

“I’d rather pull up a year early than go a year late,” Bellamy said.

“I’d hate to keep going and then be half-interested and not do my job properly.”

The triple-premiership coach added that he would not want to stay on at Melbourne if his heart was not in it.

“I’d hate to keep going and then be half-interested and not do my job properly. That’s my main concern – I don’t want to go on when I can’t give it all I’ve got,” Bellamy.

“I expect everybody else to do their job properly — that works for us — and I’ve got to be doing that too. That’s the thing I don’t want to do."

Bellamy has coached the Storm in 484 games since taking over the top job in 2003, boasting a 70 per cent winning percentage over that period.