The Blues' camp was rocked on Tuesday afternoon after Cameron Murray was reported to have been sent for scans on a shoulder injury.

South Sydney revealed on Wednesday morning that a "minor procedure" will keep him out for between three and four weeks, all but certainly ruling him out of the opening Origin clash against Queensland on June 8 in Sydney.

Despite the fact both Frizell and Sims have struggled for form at the Knights and Dragons respectively - two teams who are both fighting to avoid being in the bottom eight - Fittler told The Sydney Morning Herald that he knew what both players would bring to the side.

“Tariq played all three games for us last year, and I just like what he’s about,” Fittler told the publication.

“He’s not too old. I’m old. He’s always done a job for us. It’s the same with Tyson. Players always look better in better teams, but I know what he’s about.”

It's anticipated that Liam Martin will move into the starting team to cover for the role Murray is vacating after he lined up on the edge last year, with Isaah Yeo to once again hold the Blues' number 13 jersey. 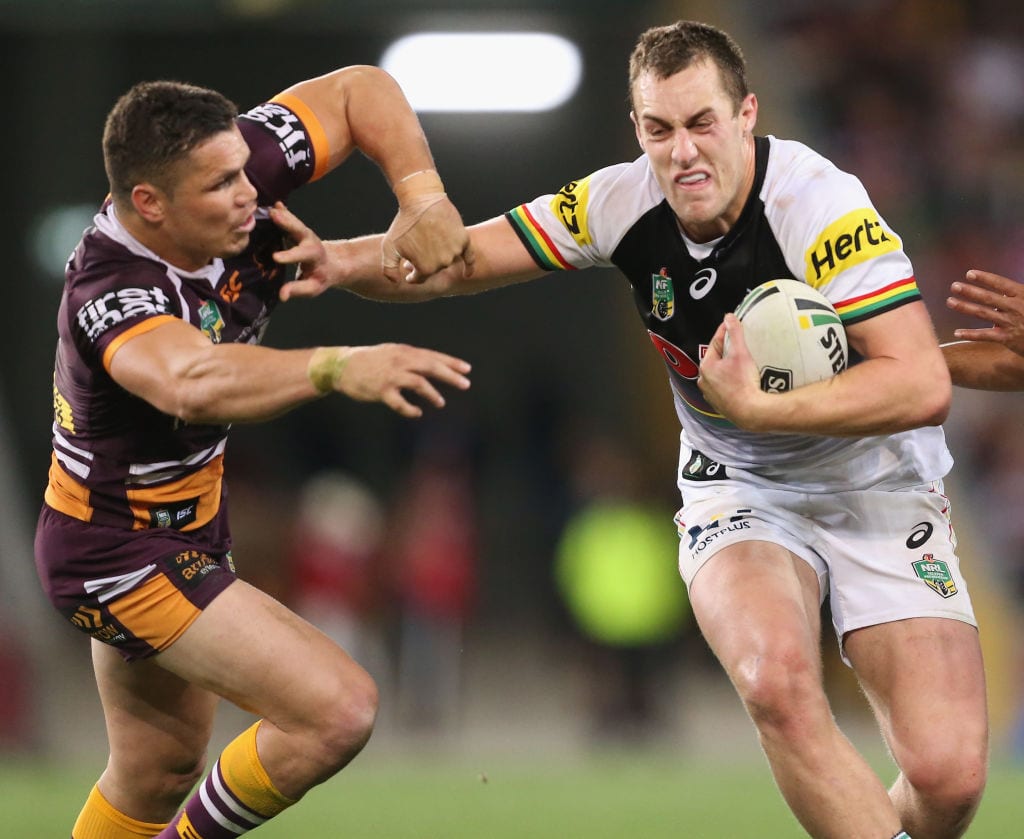 Martin's second-row partner is up for dispute though, and the fact both Sims and Frizell are well in calculations only adds to the situation.

Angus Crichton is another who has done the job at Origin level previously, while Haumole Olakau'atu has come into contention as a bolter, with Fittler confirming as much.

Keaon Koloamatangi is another who could be in the picture to ultimately replace his club teammate.

Fittler also confirmed that Ryan Papenhuyzen was well in contention for an Origin spot before injuring his hamstring and knee on the weekend against the Dragons.

“It’s heartbreaking for him. ‘Paps’ was right in the discussion - you could not look past him because he was playing so well,” Fittler said.

The coach has previously confirmed James Tedesco will hold onto his number one jumper for the Blues, while Papenhuyzen was in contention for the 14 jumper.

It's now tipped Nicho Hynes could win that role, although Jack Wighton, who has held it previously, won't be out of contention.

Fittler will name his team for Origin 1 following the completion of Round 12 in the NRL.