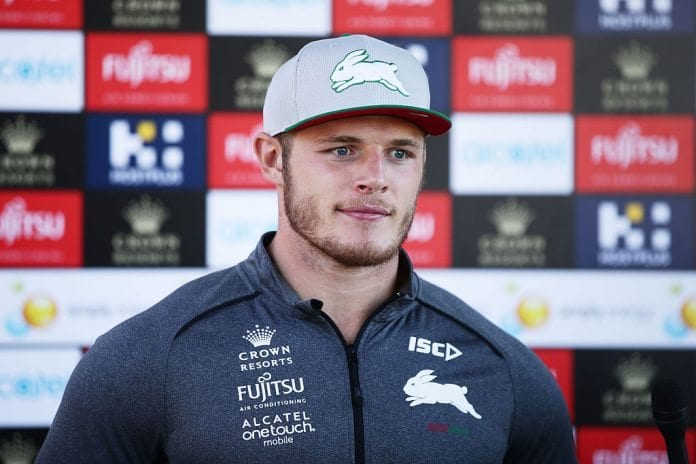 Thomas Burgess has re-signed with South Sydney until at least the end of 2019, but has left the door slightly ajar for an unlikely switch to the NFL.

He will be 27 by the time his new deal expires, having added an extra season to his current contract. Burgess flagged his intentions to switch codes, after training with a host of NFL teams last December. But Burgess is now banned from further exploring his NFL options after the NRL officially barred players from training with NFL teams.

NRL boss Todd Greenberg wrote to club chief executives declaring the NFL as “a rival competition for the purposes of NRL rules” making it illegal under the NRL playing contract and rules for players to take part in any NFL on-field sessions. This follows internationals Jason Taumalolo and Valentine Holmes holding trials with NFL scouts last month.