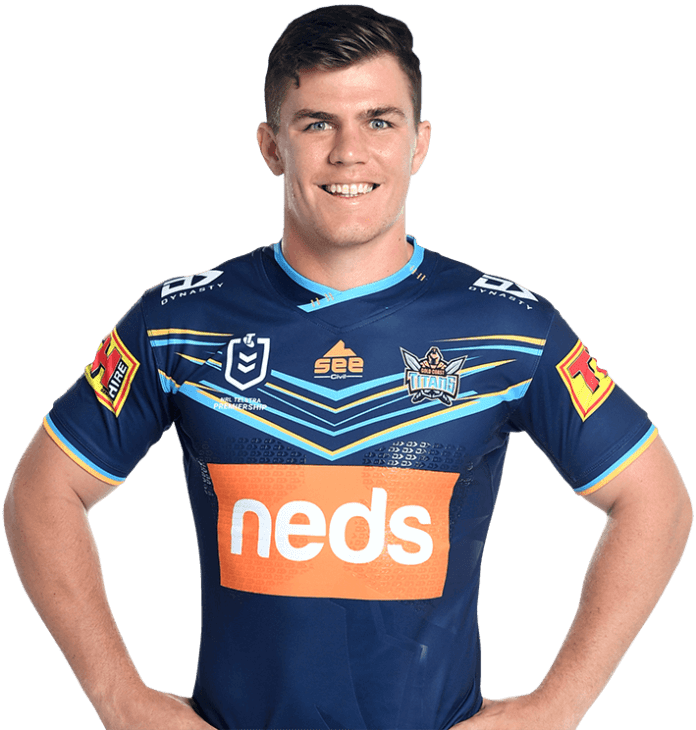 Over the next few weeks, I'll be checking in on the players to see what they're up to, and who they'd hate to be stuck with through all this.

In today's edition, I'll be speaking to Beau Fermor, a young back-rower who's just joined the Gold Coast Titans in the hunt for his NRL debut.

ZT: You had a knee reconstruction last year, how's it all coming along?

BF: Yeah the knee is coming along well, I'm back doing most things now so I'm starting to feel like a footy player again. It makes it a little harder with the isolation because I don't have access to the equipment, but I just have to make do.

ZT: I guess with the season delayed, a small silver lining is you might make it back for Round 3, is that your goal at this stage?

BF: Yeah obviously it's very unfortunate what's going on around the world but a positive out of a negative, hopefully when the season comes back I'll be right to go and have a full season which I didn't think I'd get.

ZT: You've just made the switch from Newcastle to the Gold Coast, is there much difference between the club cultures?

BF: Obviously there's differences like anything, but the goals are the same anywhere you go, we are building towards becoming successful.

ZT: Tough question - who's got the better beaches, Newy or the Glitter Strip?

BF: It depends what you're into, the waves are bigger in Newy so it's better for surfing, but I can't surf so I do enjoy the warmer water and the smaller surf here at the Goldy.

ZT: You're from Dalby, a couple hours away from the Gold Coast, what would it mean to make your debut for the club?

BF: It would be a dream come true. It's something I have strived for since I can remember and being close to home makes it a lot easier to have my family there when I do make my debut.

ZT: We're all obviously stuck inside at the moment, what're you doing to keep yourself busy?

BF: I'm only a few days in and there's not many movies on Netflix I haven't watched yet. Other than that I have been trying to knock over some study and do some training and rehab as well.

ZT: Who's the last team mate you'd want to be stuck in isolation with?

ZT: With all the restaurants closed, what's your go to feed at home? Can you cook, or is the Uber Eats getting a work out?

BF: My girlfriend does most of the cooking but if it was me I'd just go with a good steak and veggies.

ZT: Speaking of work out, you obviously can't at the club at the moment, how're you keeping yourself fit?

BF: I've been doing some body weight exercises at the moment but we are about to get some gear off the club to do some weights and there's a big oval next to my house, so I get up early and go for a run in the morning just to keep ticking over.

Thanks for the chat Beau! Stay tuned for the next installment of 'Blythy's Lockout Low Down', and drop a comment below to let me know who I should talk to next, and what you want to know!