Brisbane Broncos coach Kevin Walters has heaped praise on three signings the club made heading into the 2022 season, with all of Adam Reynolds, Kurt Capewell and Ryan James delighting the coach.

Walters was one of the most under pressure bosses in the competition leading into the 2022 season, but that has quickly done a 360-degree turn.

Alongside another Queensland club's boss in Todd Payten at the North Queensland Cowboys, the duo have put plenty of assuredness around their futures with both clubs climbing the table to outdo both last season's miserable performances and their own pre-season expectations, which weren't much better.

Walters himself admitted that he wasn't sure how the Broncos were going to perform this year on the back of an aggressive recruitment campaign, and an equally as classy retention one with plenty of young players committing their futures to the Red Hill-based club.

It came to fruition yesterday, with Reynolds leading a Broncos side missing plenty of big names - including Payne Haas, Corey Oates, Selwyn Cobbo, Kurt Capewell and Patrick Carrigan among others - to a classy win over a misfiring St George Illawarra Dragons outfit at Suncorp Stadium.

"I wasn't really sure on where we'd end up, but I knew we had some really good signings, one of our best signings in the last 'how long' with Adam, Kurt (Capewell) and Ryan James," Walters said at his press conference. 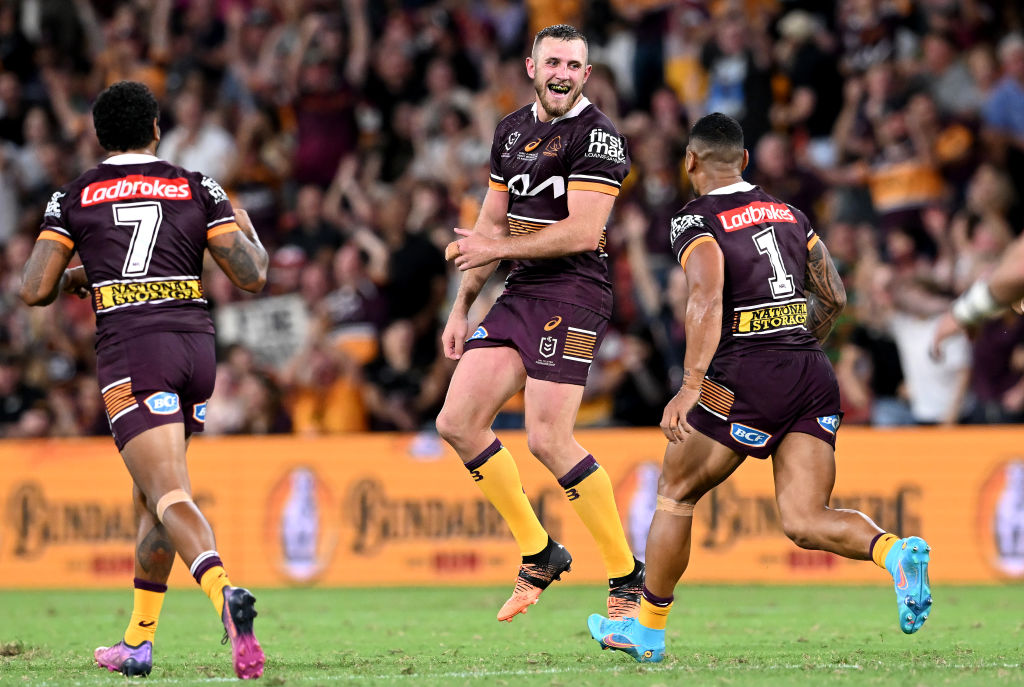 "Those three have been real shining lights, dragged everyone up to a level where the Broncos should be.

"I had a look at the rounds, after round 15 last year we were last. This year sitting fourth and now back up to fifth.

"Again, there's a lot of work in front of us so we'll enjoy tonight, go back to the club, mixing in with the other (1992 premiership) boys.

"There's a few tough old heads in there, so we'll see how we go."

The win came on a day when the Broncos celebrated the 30th anniversary of their 1992-premiership win, when they beat the Illawarra Steelers to make the grand final, and then won the first of two straight grand finals over the then St George Dragons.