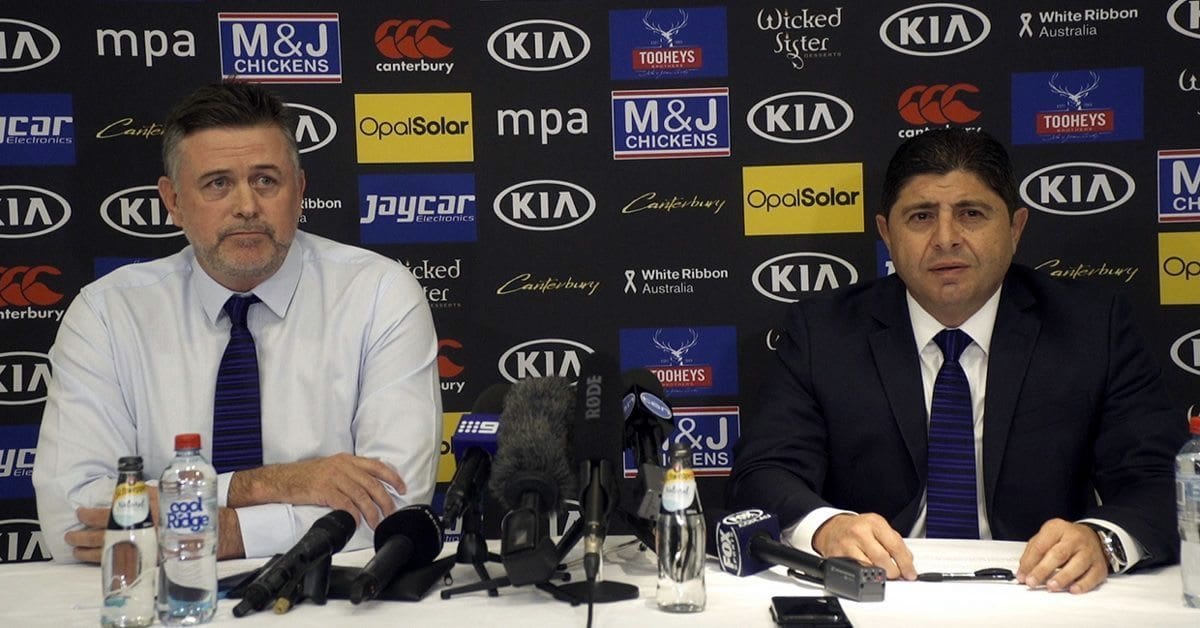 This week the Canterbury-Bankstown Bulldogs announced Dean Pay would take the reigns of the coaching role from season 2018. A former premiership winner at the club in 1995 and over 100 first grade games for the Bulldogs.

The appointment seems like the logical choice since past players and fans have been crying out for a change in direction and to return to their mid-1980’s - 1990’s “Dogs Of War” style play for which Pay was a part of.

That was an era where passion and toughness were bred into the kennel under namely Chris Anderson another former player who had made the coaching transition and a hierarchy that included the late great Peter Moore who had once said “It’s not what is hanging on the walls of a football club that’s important, it’s the people working inside them that really matters.”

It feels like 2017 has been coming for the past few seasons, the style of play has been diabolical and predictable, the players look lost and don’t know their role in the team’s structure, the kicking game has been non-existent to the point that the coaching staff would rather the players die with the ball on the last tackle and avoid giving away a 7 tackle set. Such negative play!

Without going too much into the off-field dramas, such as salary cap pressure, reported boardroom disagreements on team direction and player recruitment and retention, it was clear that change needed to happen.

For Pay in 2018, it is a chance to wipe the slate clean and give the supporters some new hope and excitement. While the faithful shouldn’t expect a major turnaround overnight, considering the aftermath of an unsettled roster, they would want to see the signs of past practices put in place. Such as:

1. Who to replace James Graham as captain?

I think Josh Jackson is the ideal leader. Not only does he reflect a similar mould of player to that of Pay, he plays 80 minutes, is respected among his team, the rugby league community and already one of the leaders of his state team.

2. Where to play Moses Mbye?

Mbye struggled in the No. 7 jersey. He never was comfortable guiding the team around the park and preferred to be in open space running with the ball. He didn’t look comfortable in the 9 either defending in the middle, it took the sting out of his broken play running ability after doing so much in defence. I think it is crucial to find the right spot for him because he can be dangerous and has the speed to find the line. When he came into first grade he was very good in the centres. He can read in defence (something Brenko Lee has difficulty with)..can break a tackle, can put a little grubber in out wide to the in goal or sidelines and is quick. Its either five-eighth, fullback or the centres.

3. Who to partner Keiran Foran in the halves?

With three five-eighths at the club in Moses Mbye, Josh Cleeland and Nu Brown recruited from Cronulla,  a fully fit Foran, with his experience guiding a team and kicking game surely has to be the halfback. With a possible positional move for Mbye, it has to be either Brown or Cleeland who had a fantastic season in the Intrust State Premiership scoring 14 tries from 25 games and laying on many others and deserves his chance.

Obviously, his hands are tied to an extent with the fact that there is no money to spend. But can he strengthen the depth and bring in a few second-tier cap players who can create competition for spots? Does he bite the bullet on a player or two currently contracted that he doesn’t see any point in retaining which can relieve cap pressure enabling him to bring in cheaper but more relevant players to the current squad? Over the next month or so we will know more.

It’s been no secret the Bulldogs have had an issue with a kicker since El-Masri retired. Turning 4 points (which has been an issue as well) into 6 is an important facet in the modern day game. Mbye is very inconsistent with the boot and Kerrod Holland while better hasn’t been able to nail down a regular spot. Pay could hand Rhyse Martin an opportunity in the second row alongside Jackson. Martin such a sweet striker of the ball also had a stellar ISP season taking out the clubs player of the year.

One thing is for sure, Pay has his work cut out and if he adopts the same approach to coaching as the way he played, it will be a challenge he will no doubt be salivating at.