Shaun Johnson has suffered a potentially season ending knee injury in the Warriors loss to the Panthers in Manu Vatuvei's farewell match.

Johnson's knee looked to buckled in the 61st minute before he went to ground. Johnson had to then be helped from the field, replaced by Ata Hingano.

The extent of the injury is currently unknown but fears of ACL injury were top of mind but our resident injury guru has suggested that the cause of the injury doesn't seem likely to be an ACL. 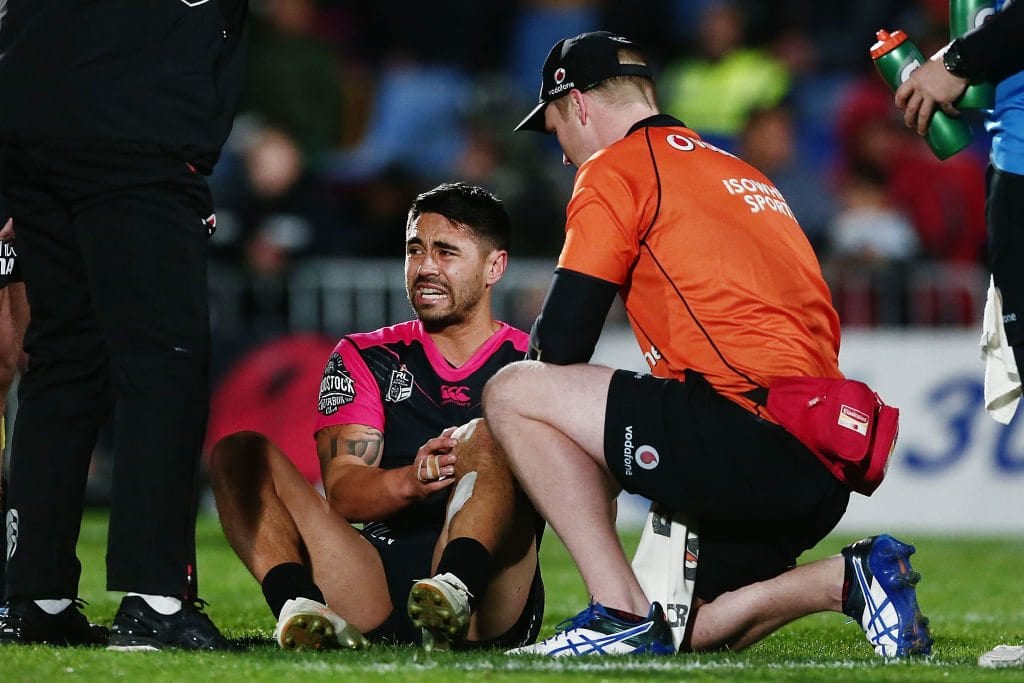 Warriors coach Stephen Kearney said post game though that the injury didn't look very good and that it could potentially be serious.

Johnson will now go for scans but it seems likely he'll be sidelined for a few weeks at least.

The Warriors are currently sitting 10th on the NRL ladder but will likely need to win at least five of their remaining six games to have any hope of a Top 8 finish.