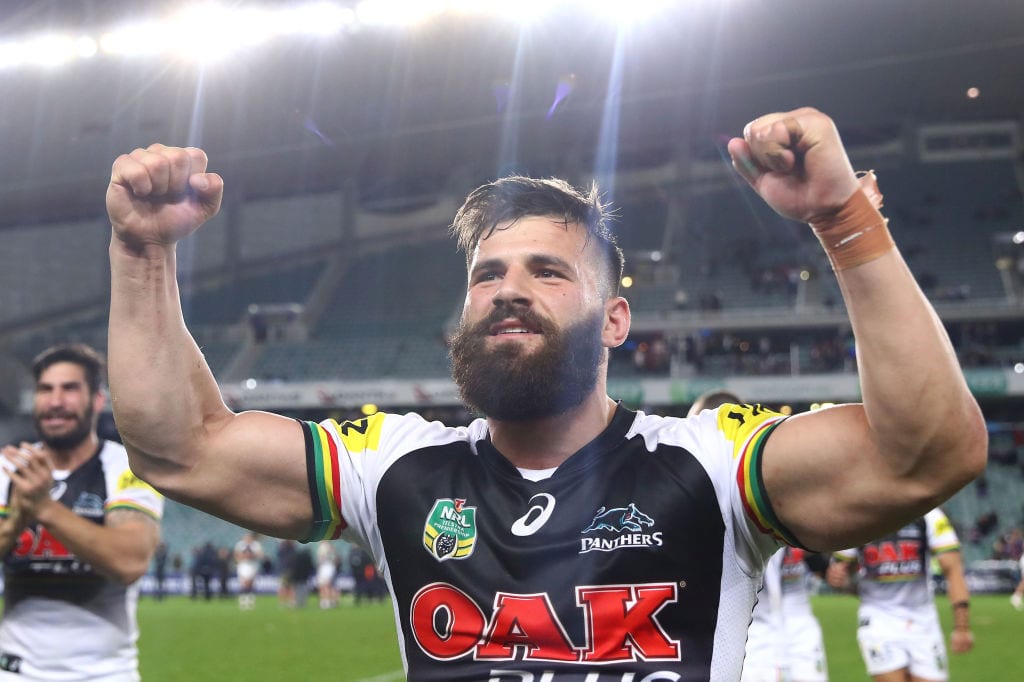 Penrith general manager Gus Gould has all but accepted the fact star winger Josh Mansour won’t be at the club for the 2019 season.

Mansour comes out of contract at season’s end, and Gould says he’s already spoken with Mansour about his future, but has told him to chase the money after years of taking pay cuts to remain a Panther.

“I took him for dinner with his manager before the competition started because I knew he was coming off contract this year,” Gould said on 100% Footy on Monday night.

“I knew this would be a difficult decision for him because he’s got a wife and baby, and the previous times I’ve negotiated with Josh, the first time he was just looking for a run, and we gave him a run.

“The next time he had sort of found himself and made his name, and he got an enormous offer from another club – and I actually told him to take it – and he said “no I want to stay, just offer me something”, so he took a lot less to stay with us, and I never forgot that.

“This time, he’s not single anymore, he’s married and he’s 28, and I sat down and said “mate, this is payback, you’ve been very very loyal to us, so you go and get the best price you can get and I’ll tell you if I can match it.”

“I think that’s only fair to him and his family and to Josh at this stage of his career, I love  players to see as much money and they can, there is obviously a loyalty thing there and we love him very much, he’s been great for our club and he’ll always be apart of our club, he’ll always be welcome back.

“But whether or not we can match the big money offers that might be out there for someone that wants an experienced, great winger at the back end of their career, because we probably can’t match that offer, with the other players that we’ve got at the club and the contracts that are coming up with the Cleary’s and the like.

“Josh understands that, but as Josh and I decided, he’s been so loyal and taken less money for so long, it’s my chance to say to him “you get the best offer you can get and I’ll tell you if I can match it.”

Mansour has been with Penrith since 2012, and has played 108 games for the Panthers.

Broncos to prioritise signing of young gun ahead of Reynolds