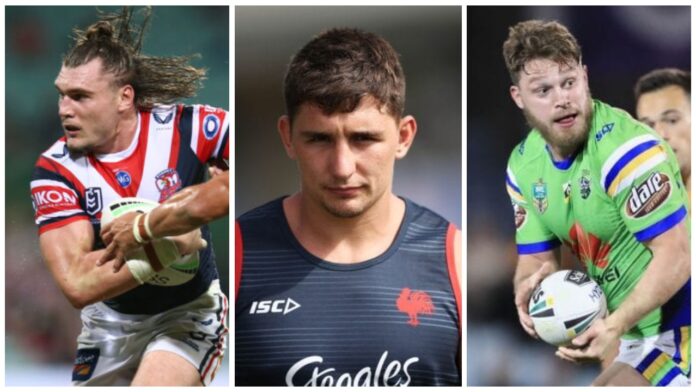 Roosters backrower Angus Crichton has failed to have his grade-one, dangerous-contact charge overturned at the NRL Judiciary on Tuesday night.

It relates to his high shot on Broncos five-eighth Albert Kelly in last Saturday's clash at the SCG as the NRL looks to crackdown on such indiscretions.

As a result, Crichton's two-match ban will be upheld, ruling him out of the Roosters' upcoming clash against the Raiders and State of Origin I.

Angus Crichton up: "It was only after the impact I realised he didn’t have the ball. Guys like Jarome Luai, Scott Drinkwater, are very good at hiding the ball. He does the same thing.” Speaks well, dare I say it, you can tell he’s a union player and went to a good school pic.twitter.com/du3WSg1gdP

Earlier in the night, Roosters forward Victor Radley failed in his appeal to have his grade two careless high tackle charge overturned, with the 23-year-old now set to miss five weeks through suspension.

The Roosters second-rower will now miss matches against the Raiders, Titans, Panthers, Storm and Bulldogs as well as selection for Origin I and II.

The Chooks forward and NSW Origin hopeful pleaded guilty but looked to dispute the grading of the charge of his tackle on Broncos gun Tevita Pangai Jr.

A decision was made after long deliberation, with the hearing taking nearly two hours to come to a final decision.

"Victor Radley... I love the way he plays, he's just got to lower it by about three inches and he's as good as gold."

Kenty backs crackdown and calls on Victor to adjust his technique.