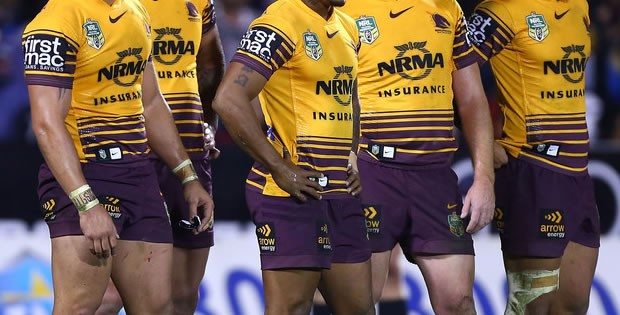 Nine NRL clubs are fighting for the signature of Brisbane Broncos teen sensation Brendan Piakura, according to The Sunday Telegraph.

Piakura is under contract at Broncos until the end of 2021, but rival clubs can make a formal approach to the teenager from November 1.

The 18-year-old’s future at the Broncos could way up on the potential departure of David Fifita, who has been linked to a move to the Gold Coast Titans.

If the backrower decides to leave Red Hill, it will pave a way for Piakura to claim a starting spot in the Broncos back row, which could be pivotal in his decision on his future.

Piakura is considered a future Queensland State of Origin star after he ran almost 100m in the backrow and made 25 tackles for Queensland in a 34-12 win over NSW under-18s last year.

Sure bets: Which teams are covering the line most in 2020

Seibold and Demetriou to resume feud in coaching debut