Jackson Hastings has thrown his arm around Luke Brooks yet again, but added the selection of the club's halves won't be his call moving forward, with all players in the dressing room fighting for their futures.

The comments from Hastings came after another tough loss for the Tigers, this time at Leichhardt to the Parramatta Eels, ultimately falling 28 points to 20 on Saturday evening.

The Tigers ran up an early surprise as they took the lead of the contest during the opening half hour, however, Parramatta's opening try and a sin bin to debutant Justin Matamua for contact on kicker Mitchell Moses saw the Eels run on three tries in the ten minutes before halftime.

Followed up with a try directly after the break, Parramatta managed to take the game away from a team they suffered a shock loss to on Easter Monday earlier in the season.

Brooks himself was heavily involved in the back end of the game as the Tigers looked to mount a late comeback, however, it wouldn't be enough, with the Tigers slumping to another loss.

The loss follows a tumultuous couple of weeks, with Adam Doueihi reportedly demanding to play in the halves following his return from an ACL injury or be dropped, and Luke Brooks reportedly set to be dropped ahead of Round 16, only to survive with his place before unleashing on the club for media leaks, which seems to be a running trend for the joint venture organisation.

Hastings, who was filling in for the injured James Tamou as captain, said during the post-match press conference that he doesn't want to see Brooks dropped, and that he has taken the flak for everyone. 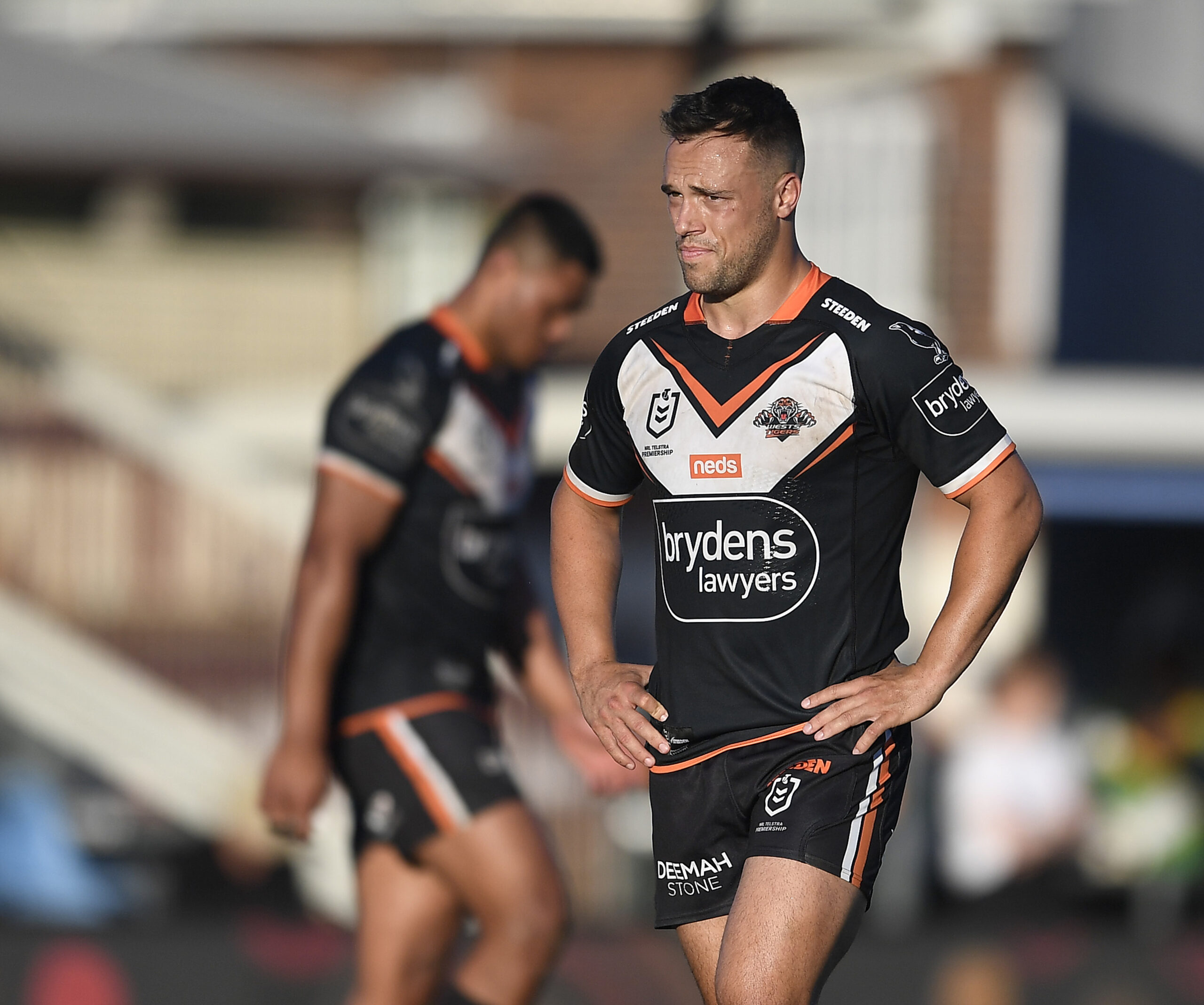 “I’ve got to be here too, so I’m trying cement myself within the club,” Hastings said.

“All three of us want to play in the halves that’s no secret, I feel sorry for the coaches picking the team each week.

“Luke has been a cornerstone of this club for so many years and he’s worn the flak for all of us really that have been a part of this club, so he is someone that I love to put my arm around.

“I thought the back end of the game in particular he really stood up. He had a couple of try assists.

“He was really busy and really vocal tonight but that’s not my call.

“I’m sort of fighting for my future as are the the rest of the players in that dressing room.

“Whatever happens in the future with the club that’s the club’s decision, but us as players we have just got to put our best foot forward at training and whatever the coaching staff roll with we will roll with."

The Tigers now sit 15th on the ladder with just three wins from 16 games, however, will be last once bye points are added for the similarly woeful Gold Coast Titans this weekend, with the Titans holding a marginally better for and against.

Things aren't about to get any easier for the joint venture either, with clashes against the Penrith Panthers, North Queensland Cowboys and Brisbane Broncos in the next three weeks as they look to move off the bottom of the table.