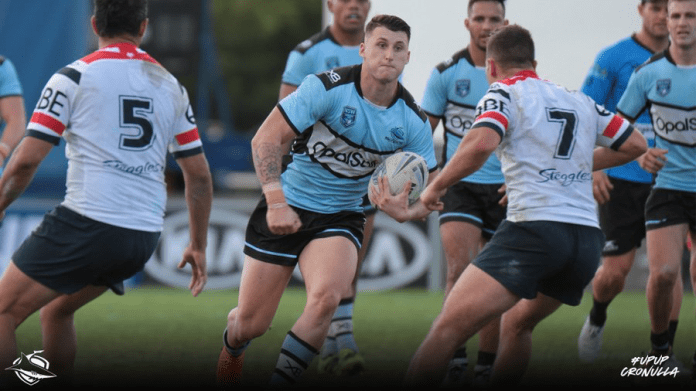 Sharks centre Bronson Xerri has long signed a long-term deal that will see him remain at Cronulla until at least the end of the 2021 season.

Xerri came through as a local junior from the Aquinas Colts, representing the Sharks at Matthews Cup, SG Ball and at Jersey Flegg level.

After impressing for the Newtown Jets in the Intrust Super Premiership earlier this season, the 18-year old will move onto the club’s top 30 list in 2019.

“It’s exciting times for myself and my family,” Xerri told sharks.com.au.

“It’s been a good year for myself, I’m really proud of myself, but at the end of the day, my goal is to debut next year and hopefully I can achieve that.

“I’ll work as hard as I can on my game and train hard for it.”

“Bronson has certainly ticked all the boxes this year, having played for NSW, selected in the Australian schoolboys, he played for Newtown in the NSW Cup. He’s come through our elite pathways system here at the club and we have big hopes for him,” Flanagan said.

“As for playing first grade next year, he’s physically up to it but it’s about learning and understanding our systems and structures, about playing against men, not boys, but if he has a good pre-season, there’s no reason why not.”

Xerri will play for the Sharks under 20’s Jersey Fegg side in their finals clash against the Bulldogs this weekend.