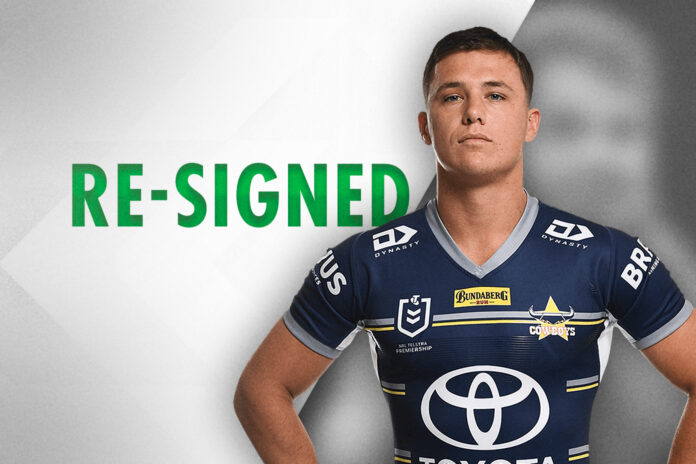 The North Queensland Cowboys have boosted their hopes of remaining a title contender for years to come, with the news that the club has re-signed fullback Scott Drinkwater on a long-term deal that will keep the custodian in Townsville through to the end of 2027.

Drinkwater will become just the fourth player in the NRL to be signed that far in advance, joining teammate Jason Taumalolo, Kalyn Ponga and Nathan Cleary as players with their long-term future secure.

Having being constantly moved between the No.6 and No.1 jerseys at the Cowboys since his debut in 2018, Drinkwater has been a revelation since he switched back to the fullback role in Round 5 this year.

He’s set up 14 tries, scored 10 of his own and broken 63 tackles for the year as a vital component of the Cowboys’ return to the top half of the table.

It's a massive boost for the club following reports at the start of August that Drinkwater was going to test his worth on the player market, with the Dolphins reported to be monitoring the situation.

“Drinky is an extremely talented footballer with a skill set not many players in the competition possess,” Cowboys GM of Football Michael Luck said in a release.

“He’s been fantastic for us this year and today’s announcement is a show of faith that we believe he’ll be an integral member of our spine for a long time.

“We’ve tried to build our squad around good people and Drinky is just that. His energy and enthusiasm lift any room he walks into and we’re excited he will be playing out the majority of his career in a Cowboys jersey."

It’s another positive story for the Cowboys this week as they battle to return to the second spot they held for most of the season. Earlier this week the Townsville club announced that they had also re-signed promising young forward Griffin Neame until the end of 2025.