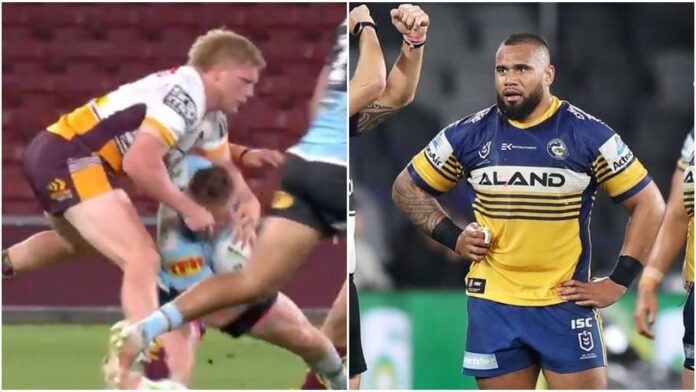 Broncos prop Thomas Flegler has been handed a suspension ranging between four and five weeks for a careless high tackle charge from Saturday's loss to Cronulla.

Flegler will face a month on the sidelines should he accept an early guilty plea for his hit on Sharks lock Jack Williams.

Teammate and fellow Broncos forward Brendan Piakura is facing 2-3 weeks on the sidelines for a dangerous contact charge.

Piakura was sin-binned for his hit on Sharks playmaker Braydon Trindall and can accept a two-week ban for his late bump.

Bromwich has been charged with a grade one crusher tackle, which will see him miss next weekend's clash against Cronulla should he file an early guilty plea.

Paulo's grade one shoulder charge will also see him miss his side's final home and away match should he accept an early guilty plea.