The NRL's head of football Graham Annesley has suggested Ben Hunt could have penalised three times in the dying seconds of Sunday's two-point victory for the St George Illawarra Dragons over the Canberra Raiders.

Raiders players and coach Ricky Stuart were left fuming after Hunt appeared to be offside, then make a flop style tackle on Joseph Tapine, before leaving marker early where he wouldn't have been square to make what was ultimately the final tackle of the game on Canberra hooker Tom Starling.

Stuart said he was expecting an apology from the NRL on Monday, and it's safe to say he got one from Annesley at the Monday footy briefing.

"We believe that a penalty should have been awarded in this instance for a couple of reasons," Annesley said.

"The referee called him out for three different incidents. The touch judge calls him for the ten metres, then for flopping on the tackle before Tapine plays the ball.

"He called six-again for that. A lot of people thought that he called the six again for Ben Hunt going around and making the tackle after the play the ball, but that tackle was ruled legitimate. It was for the flop." 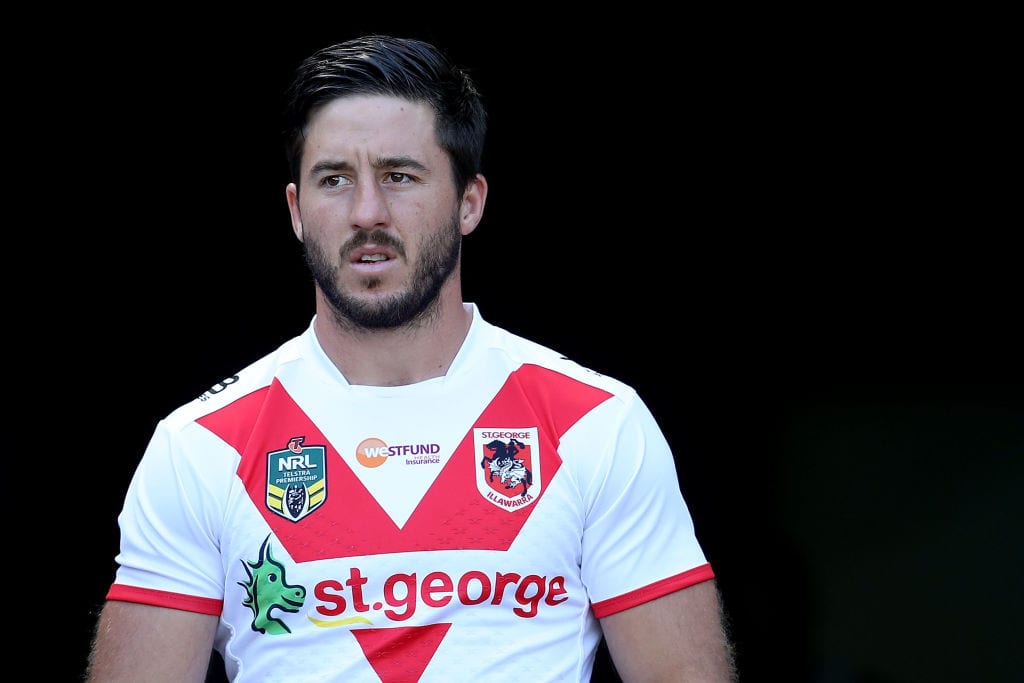 In explaining the incident in more detail, Annesley said the six-again was for the flop, and not for Hunt not being square at marker, which the referee deemed he was.

"You can see Hunt falls off. Tapine is on the ground with someone on top of him. Hunt comes in and flops on top, and then the referee waves six again," Annesley said in explaining the incident.

"Hunt then moves around to the marker position, and as it's picked up at dummy half, he moves around and tackles the marker. It's a relatively close call.

"We have looked at it, and don't have a directly in line view, but in our view, it's impossible to say that he is perfectly square.

"In our view, it should have been a penalty."

The incident has left to widespread debate around the legitimacy of the six-again rule, which the Raiders received for the flop tackle on Tapine.

It did nothing to their cause however with just seconds remaining in the game and no time to make use of the extra tackles.

Australian Rugby League Commission Chairman Peter V'Landys however told News Corp that the rule - and the game being played with one referee - won't be going anywhere anytime soon. 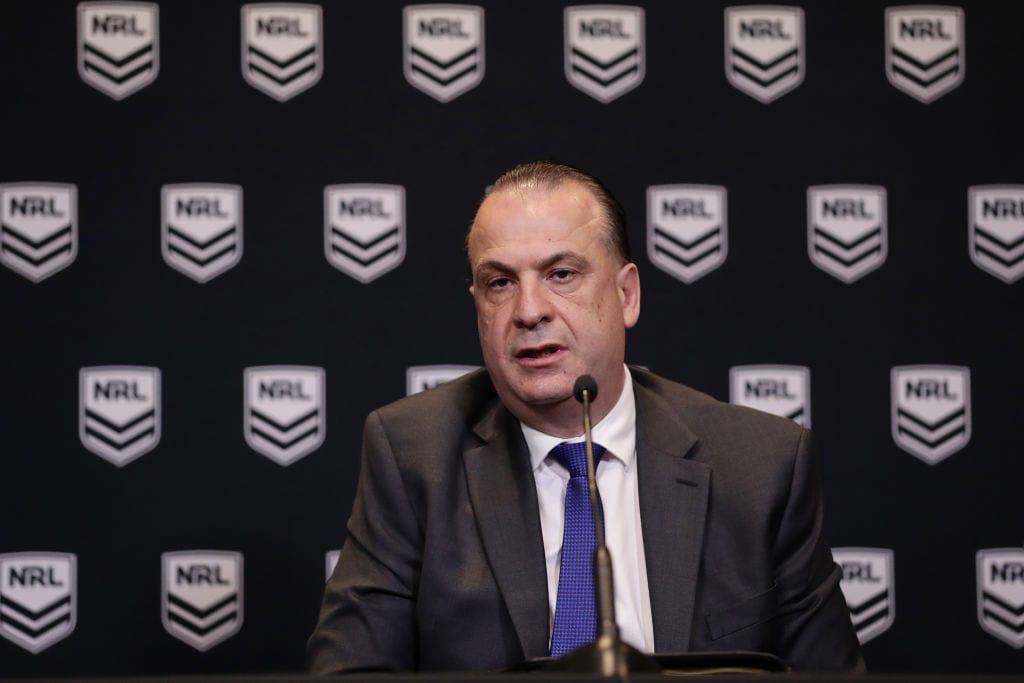 “The difference is, without the six-again he would penalise them,” V’landys said.

“So he is using the same discretion either way. If you got rid of the six-again you are going to have a mountain of penalties.

“Look, I can only go on the discussions I have with people.

“There is very vocal minority that get on Twitter and carry on.

“But overall everywhere I go they say it has made the game entertaining, it has brought the brilliant players back into vogue and it has also got rid of the wrestle.

“Look, at this stage I don’t think there is any necessity to go backwards (to two refs),” V’landys added.

“I don’t think that is going to make any difference whatsoever.

“Those touch judges should be more involved, and they are to a certain degree."

Annesley, however, suggested the incidents from Hunt could have been seen as deliberate given the circumstance of the game and treated as a professional foul.

"There becomes a point in these instances where the referee has to determine whether it's an error by the defender, or a deliberate error in a crucial situation designed to try and stop the team from scoring with just seconds left, in which case it fall into the category of professional foul," Annesley said.

"Any of those three instances could have resulted in a sin bin."