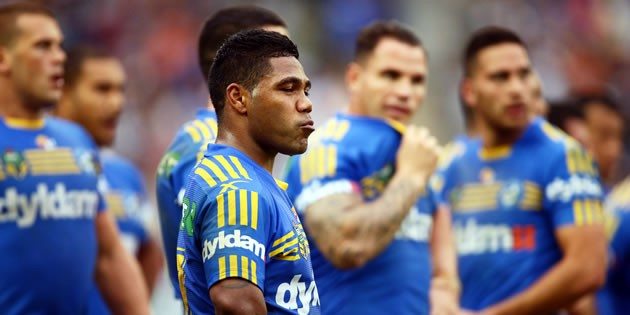 Earlier I put forward ten positives of the 2015 season to date, but unfortunately for every positive, there has been a negative.

Boring footy, injuries, off-field dramas, are part and parcel of the game, and 2015 has been no different.

Below we take an unfortunate look at some of the negative aspects of our game. Hopefully there aren’t too many others, but if we’ve forgotten any, please let us know:

It seems as though every time one club sorts out its dramas, another is waiting in the wings with a bigger problem. The Sharks finally seemed to have their cards in order with the appointment of Lyall Gorman, only for the Eels to bounce from crisis to crisis. The Dragons are struggling to keep their own fans happy, despite a brilliant season on field, while dramas are never too far away at the Sea Eagles. Hopefully the NRL steps in and helps the Eels as the club can focus on the long-term future of the squad, and not boardroom squabbles.

The concussion test is a brilliant initiative as it has really brought the dangers of head knocks to the public. Unfortunately there seems to be at least a player each game heading off for a test. Whether it has always been this way, and we are only now noticing as players are being forced off for evaluation, or whether it’s coincidence, it’s unfortunate. As always, there have been a fair few long-term injuries suffered, but it seems as though 2015 is going to be a rough year. The Panthers are battling an injury crisis, while the likes of Brett Morris and Paul Gallen have missed the majority of the season. An unfortunate part of the game.

A genuine show of hands please. Who enjoyed Saturday night’s clash between a Tigers side missing Woods and Farah, and the Thurston, Morgan, Tamou and Scott-less Cowboys? Every year there is a huge lull in the NRL to suit three Origin fixtures. It affects the competition for over two months and surely it’s time to do something about it. Clubs are well aware and should plan for the Origin period, but fans aren’t receiving discounted tickets, nor are Origin fixtures compensated for in season tickets, to see understrength teams while others have their feet up on buy rounds.

The DCE “will he/won’t he, despite signing a contract”

I LOATHE the current contract set up. The option to backflip on SIGNED contracts is an absolute embarrassment to the game. DCE led a media circus for weeks as he sifted through multi-million dollar offers for numerous clubs. Then he signed for the Titans. That should have been the end of it. Instead Manly have been trying to convince him to backflip on a deal he signed, while the Titans have to sit and hold their breathe until round 13. Quite frankly I don’t care where DCE ends up, I’m more than over it. The sooner they close this loophole the better. You don’t sign a contract unless you intend on honouring it. There are compassionate grounds to terminate if need be, but to sign a contract and use it as a bargaining tool is an absolute farce.

It seems that with every week comes a huge refereeing mistake. As someone who refereed the lower grades, it is not an easy job. I have a lot of sympathy for referees who miss 50/50 calls that it takes viewers two or three slow motion replays to pick up. What I cannot understand is how many decisions are being ruled upon incorrectly in the video referee box. This “sending it up as a try” rule is a dud. If it looks like a try, it’s a try. No benefit of the doubt. If it doesn’t look like a try, it’s not. The sooner they get a referee bunker set up so the same two referees can officiate an entire round of games, the better.

The Bulldogs vs Bunnies grand final “replay” was a brilliant game, supported by a huge crowd, on a fantastic occasion. Without using google, can anyone tell me the score? I bet everyone remembers the final few minutes of that game though. James Graham’s tackle sparked some pretty regretful scenes, especially when a few people in the crowd decided it would be ok to physically injure an official for having a supposed bad day at the office. I’m not debating the right or wrongs of the decision made, but the sight of Klemmer yelling at a referee, and idiots in the crowd throwing projectiles just isn’t on.

The season started with such promise for the Eels. A marquee signing in Anthony Watmough was supposed to be the missing piece of the puzzle to see the Eels return to finals footy. Right now it looks as though they will be flat out avoiding the wooden spoon. Poor play on field, and boardroom unrest off field, threaten to derail Brad Arthur’s plans for 2015 and beyond. Kieran Foran has signed for the club, but will surely be having second thoughts. Watmough has not played up to his lofty reputation, and the club has not found a replacement for Jarryd Hayne. Despite sitting last at the moment, wins over Manly and the Bunnies show just what this club can achieve.

The NRL’s failure to crack down on lifting tackles

The only positive to come out of the horror injury suffered by Alex McKinnon was that the NRL vowed to crack down on the tackle that ended his career. Unfortunately it hasn’t been the case. Tyrone Peachey and Chris Heighington were put on report for extremely dangerous lifting tackles and will serve a combined five weeks suspension. The NRL has failed to send a message that that type of tackle will not be tolerated. I understand that momentum and aggression can affect the way a tackle ends up, but is it going to take another career ending injury, or worse, for the NRL to slap players with big bans, and send offs, to end this technique?

There has been an unusual amount of sixes and sevens not living up to expectation in 2015. It’s funny because there have been some huge names in the halves off contract, which should have inspired those battling for positions. Trent Hodkinson, despite his Origin call up, has been below par, as has James Maloney, Chris Sandow, and the list goes on. Even superstar Cooper Cronk has been well below his best, while Ben Barba’s move to five-eighth was a disaster at the Sharks. It’s not just the established halves having a slow start to the season. Youngster Mitch Cornish has failed to make the Raiders number seven his own, while Mitch Moses has not kicked on as hoped. Young Elgey at the Titans, and Jack Bird at the Sharks have been the exceptions.

This one is set to divide opinions, but taking a game between NSW and QLD to an AFL dominated town, to be played in an AFL friendly arena unwilling to accommodate extra seating to bring fans closer to the game, doesn’t appeal to me. It’s not like they’re trying to break ground in Melbourne. The Storm play there every two-or-so weeks. NSW also lose a home game in trying to defend the shield it took them so long to wrestle away from QLD. I’m all for growing the game. Take the fixture to Perth, where a new market is available. Most of the people I know attending the Melbourne hosted Origin fixture are from NSW or QLD and are using it for a holiday. My mates in Melbourne don’t care who wins out of NSW or QLD and this aren’t interested. It’ll be a brilliant occasion, and I hope it sells out, or close to, but I don’t like the thinking behind it. If it had to be played in Melbourne, play it at Etihad which has hosted league, and football, games in the past.