The New South Wales Blues have fallen to the Queensland Maroons in a thrilling opening game to the 2022 State of Origin series.

Here are their player ratings.

1. James Tedesco - 9/10
Tedesco was phenomenal for the Blues, and easily the best player in what was a beaten side in the end. He finished with 266 metres, a line break and eight tackle busts in a performance where he just never stopped trying.

2. Brian To'o - 7
One of the big questions heading into this series was whether the Blues' back five could continue their dominance of 12 months ago, and To'o was certainly going to be a big part of that. He finished with 205 metres and eight tackle breaks, while also holding his own defensively.

3. Kotoni Staggs - 5
Staggs' Origin debut finished with a shoulder injury. The Blues' medical staff are saying it's a cork, and Brisbane will be hoping it's no more than that. Had some good moments, but three missed tackles hurt his cause.

4. Jack Wighton - 8.5
Wighton was the most talked-about Origin selection heading into the game, but it turned out Brad Fittler got this one spot on. The Canberra centre scored the opening try but then continued on his merry way, putting on some big hits, not missing a tackle and making over 160 metres from his 18 runs in a game where he was heavily involved from start to finish. 5. Daniel Tupou - 6
Tupou was picked on his ability to run and jump. His 206 metres proves beyond all reasonable doubt the selection was worth it on one front, but other elements of the game could well leave Josh Addo-Carr in contention to come back into this side for a must-win Game 2 in Perth.

6. Jarome Luai - 5.5
Luai tried hard to create for the Blues but just didn't have any punch through the Queensland defence which put him under the pump at each and every opportunity. He did assist both of the Blues tries but had little involvement other than that.

7. Nathan Cleary - 5
Questions will undoubtedly be asked of Cleary. While the halfback might as well stay in the sheds if the forward pack aren't winning the battle, Cleary's kicking game and fifth tackle options were deplorable at times on Wednesday evening, and even his 128 metres with the ball in hand didn't come with much threat for Queensland.

8. Payne Haas - 7.5
Haas was among the Blues' best, putting in 60 minutes of work. Just two weeks removed from his off-field release request at the Broncos, he showed no ill impacts of that, churning out 145 metres. 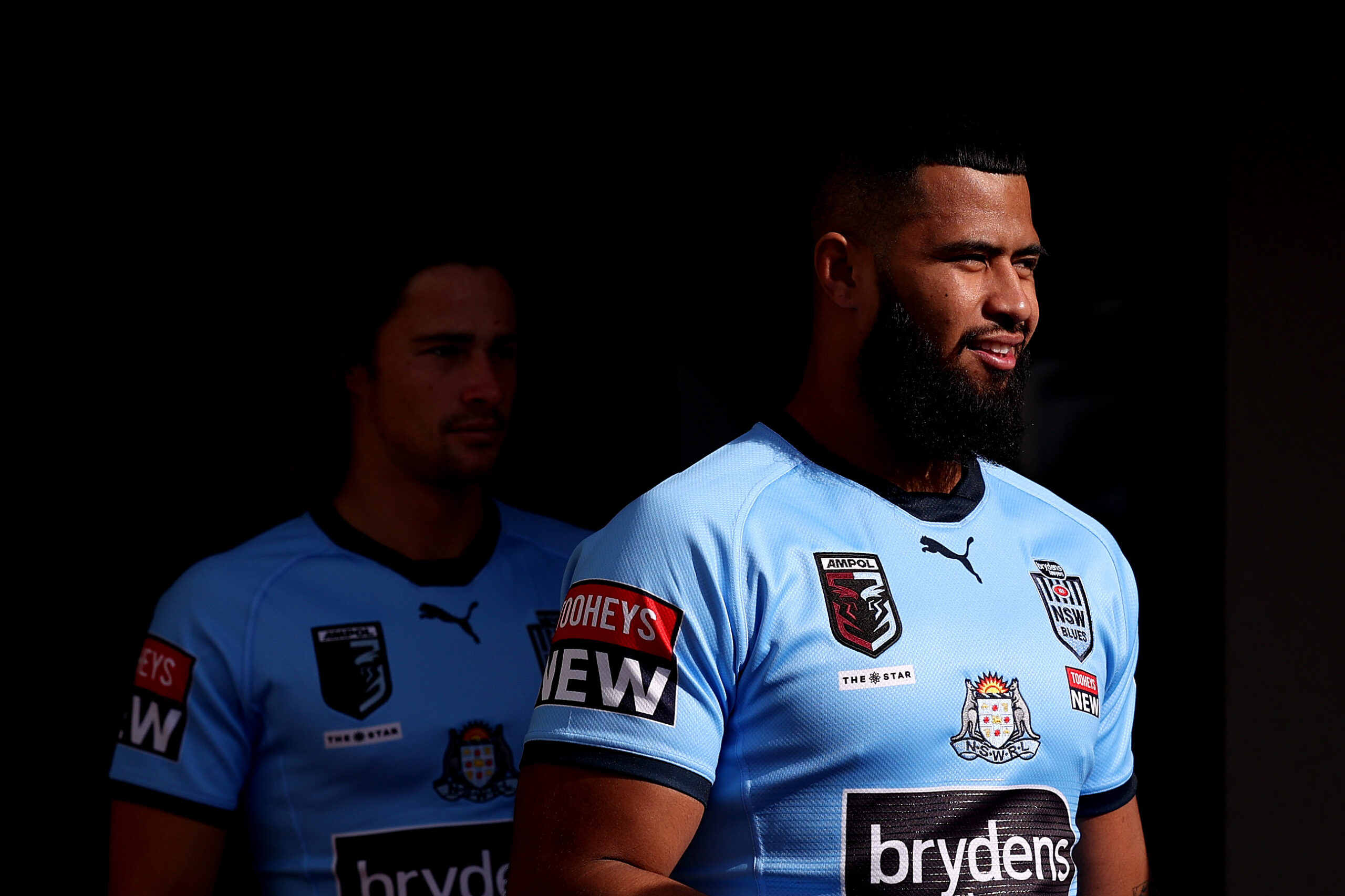 9. Damien Cook - 7.5
The Rabbitohs' hooker is still the undoubted best option for the Blues' number nine jersey. He churned through 80 minutes in a physical encounter from start to finish, winding up as the game's leading tackler with 56 to his name.

16. Reagan Campbell-Gillard - 6
A late promotion to the starting side saw Campbell-Gillard churn out a strong starting stint in a game where there was barely a poor player on the field. He made 106 metres from ten carries and did plenty of hard yards for his side, but three missed tackles weren't a great look.

12. Tariq Sims - 5
Sims's spot for Origin 2 must be in doubt. The Dragons' second-rower was a controversial selection to begin with, and five missed tackles will only pour more cold water on that, despite the fact he did some solid things with the football in hand.

15. Liam Martin - 6
Martin played the full 80 minutes, and like Sims on the other edge, was almost completely ineffective with the football in hand. Made an error which cost a try early on with his 51 tackles the only saving grace to score a higher mark than Sims.

13. Isaah Yeo - 6
Yeo is a workhorse who needs big minutes to be effective. 54, by his standard, is not big minutes. He was solid in the time he had but struggled to make his usual mark. Three missed tackles aren't exactly normal for Yeo either.

10. Junior Paulo - 4.5
Paulo was moved to the bench in the hour before kick-off and was supposed to prove plenty of involvement, but realistically did very little. Just 33 metres from five runs and while he had two tackle busts, more is required of the hard-hitting prop. 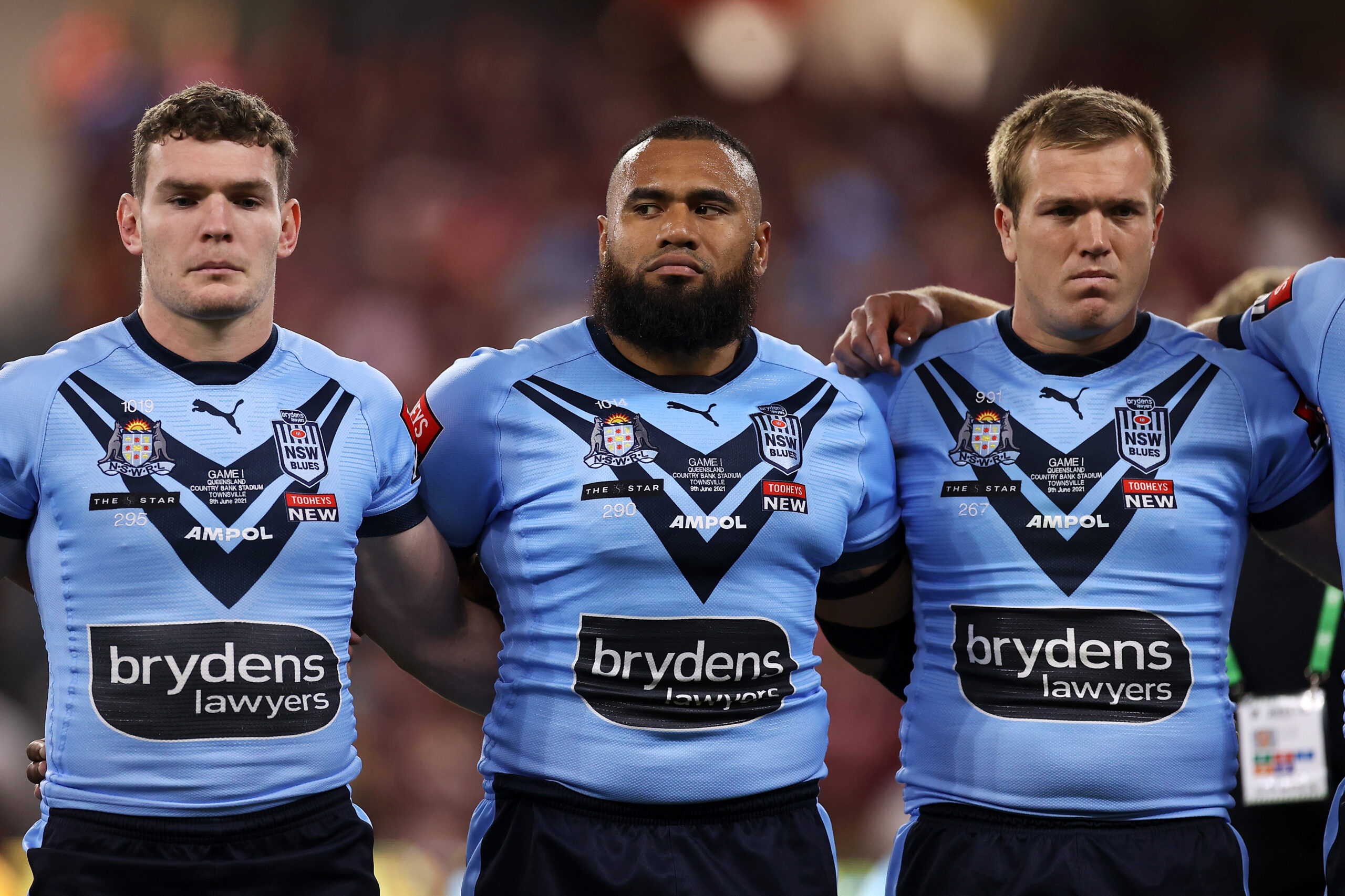 11. Cameron Murray - 6
Probably Murray's worst game in this arena. The surprise call to bring him off the bench left plenty scratching their heads, and while he was effective with the ball in hand, he had a rare poor game in defence and didn't provide a lot of X-Factor which New South Wales desperately needed.

14. Stephen Crichton - 3
Crichton had a pretty miserable start to his Origin career. Brought off the bench to replace Kotoni Staggs when the Broncos star went off with a shoulder injury, it's not clear how Crichton would have otherwise had any playing time. He was pinged for a lifting tackle, had just three carries for 12 metres and missed a tackle. It's pretty clear that if he doesn't start, he shouldn't be in the side.

17. Ryan Matterson - 5
Matterson had some impact off the bench - certainly not as much as he has had at the Eels, but 26 tackles and 77 metres make it a passable performance for the hard-hitting forward. The fact he took ten runs to make those metres shows exactly how well-drilled Queensland's line speed was.