Jake Trbojevic has been a lock forward ever since he entered the NRL, but that doesn’t mean it’s his best position anymore.

It has been almost non-negotiable. One of the NRL’s best tacklers has worn the Manly Sea Eagles’ number 13 jumper consistently since 2015.

In fact, so consistently has Trbojevic played for the Sea Eagles, that the only time he hasn’t played more than 20 games in a season was in 2020, when there was only 20 to play.

The 28-year-old still has years left to play in the NRL as well, and there is no reason that he won’t join the NRL’s all-exclusive 300 club before he calls it a day.

But that’s not to say his form has been where it needs to be, at least at club level, so far in the 2022 NRL season.

Trbojevic's lack of form has been almost as big a problem as the injury to Tom Trbojevic for Manly this year. He might still hold one of the NRL’s best tackling techniques and stats lines, averaging 40 per game this year with an efficiency of 96.2 per cent, but the role of lock has evolved, and it’s safe to say Trbojevic’s attacking game hasn’t quite done so yet. 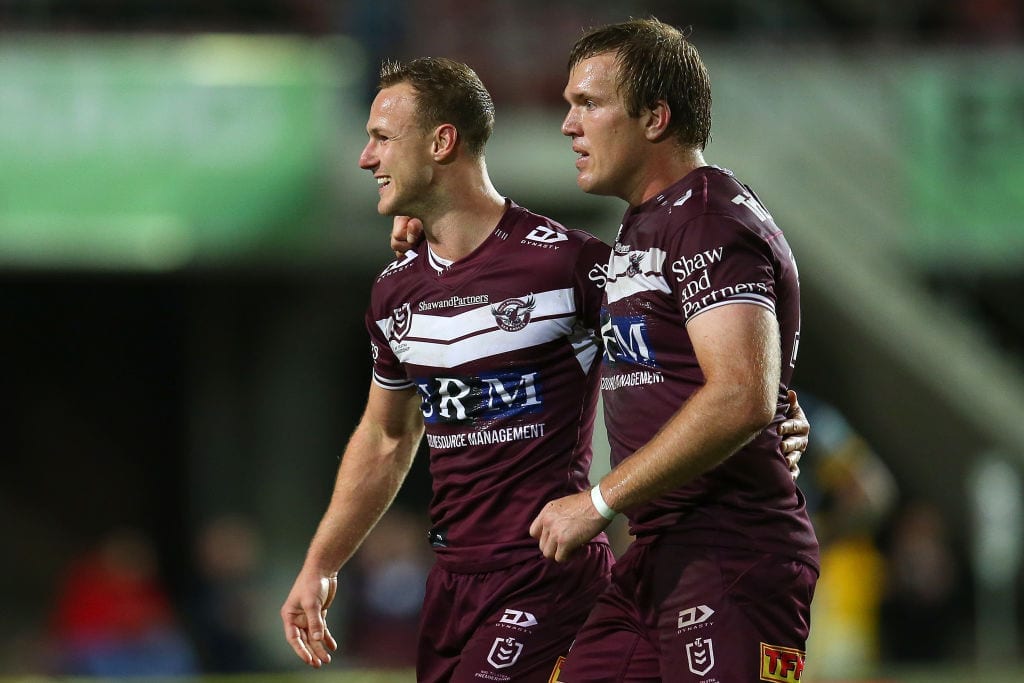 The best locks can do it all. They are essentially a third half in a forward’s body, able to offload, break tackles, lay on tries and do all the hard running you could possibly imagine.

Think Cameron Murray and Isaah Yeo, who last year slugged it out to be named the NRL’s lock of the year. They are the best number 13s this competition has to offer, with some others with silky smooth skills snapping at their heels, although there is realistically some daylight to the next crop of locks.

Trbojevic’s stat line with the ball in hand for the 2022 season however paints a relatively damning picture over exactly what influence he has been able to have for the men from the Northern Beaches.

He is trying so, so hard to play the role of lock, but it has become evident his game isn’t suited to the lock in the modern sense of the word. In a similar way that players like Jack de Belin and Nathan Brown were once among the best locks in the game, both players have been passed by younger talent who have changed the way the role plays.

It's still a workman's role, but that's not all there is to churning out monster minutes anymore in the 13 jumper.

It’s little surprise that Murray’s Rabbitohs and Yeo’s Panthers contested the grand final last year, and that Murray, despite South Sydney’s drop down the table, continues to be one of the best 13s in the game, with his side clinging onto a spot in the top eight, but likely a lot further down without the Origin star. 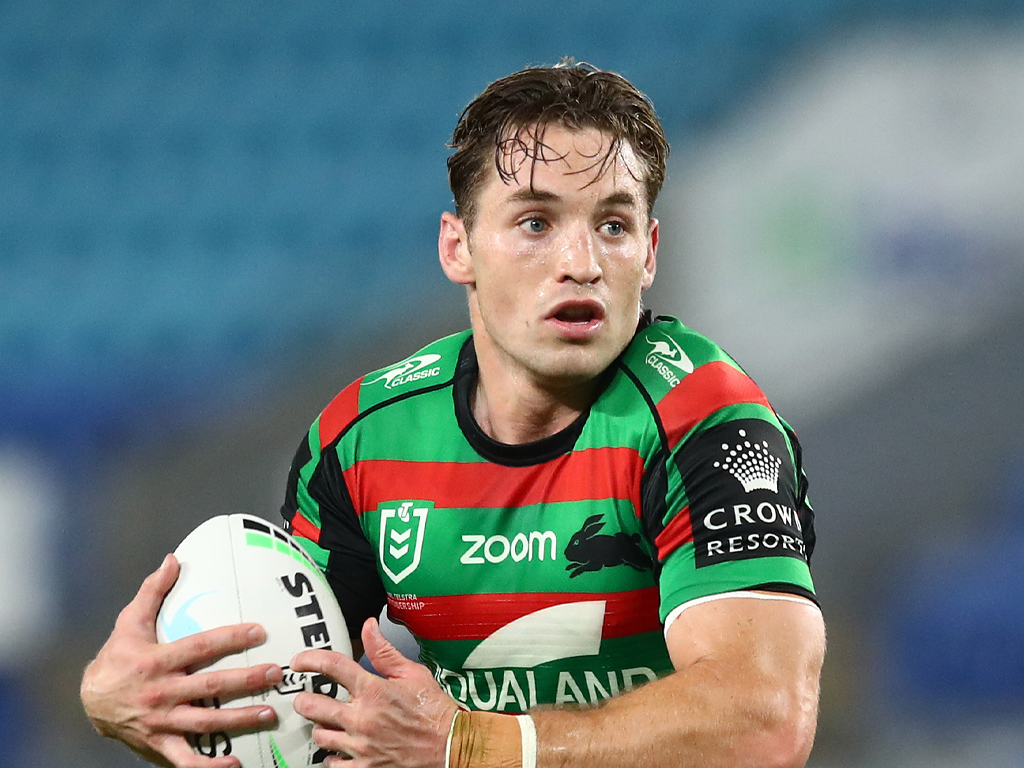 That is the importance of lock - and playing it well - in the modern game.

Jake Trbojevic’s stat line for the season thus far is a big part of the reason eyebrows were raised to the level they were when he was sensationally recalled to Brad Fittler’s New South Wales State of Origin squad for Game 2 after being dropped for a losing effort in the series-opener at Homebush.

But Fittler simplified his role, and made it what Trbojevic is good at doing.

Tackle without missing, and run the ball as hard as you can. Don't pass, don't try and be fancy. Just run and tackle yourself to a standstill, and that is exactly what Trbojevic did at Origin level.

Yes, the Blues had mainly downhill running in the game they ultimately won 44 points to 12, but don't discredit the work Trbojevic did in setting that up.

The Manly enforcer would wind up with 71 minutes for 148 metres, taking 15 hit ups. He didn't try to get fancy. He just played a simplified role while making 31 tackles without a miss.

The question though quite clearly is how Des Hasler replicates that. With Tom Trbojevic missing for the remainder of the season, Manly's chances at playing finals are looking grim, and they badly need a shake up if things are to work for them.

Trbojevic to prop is the first part of that, but it requires a new number 13. 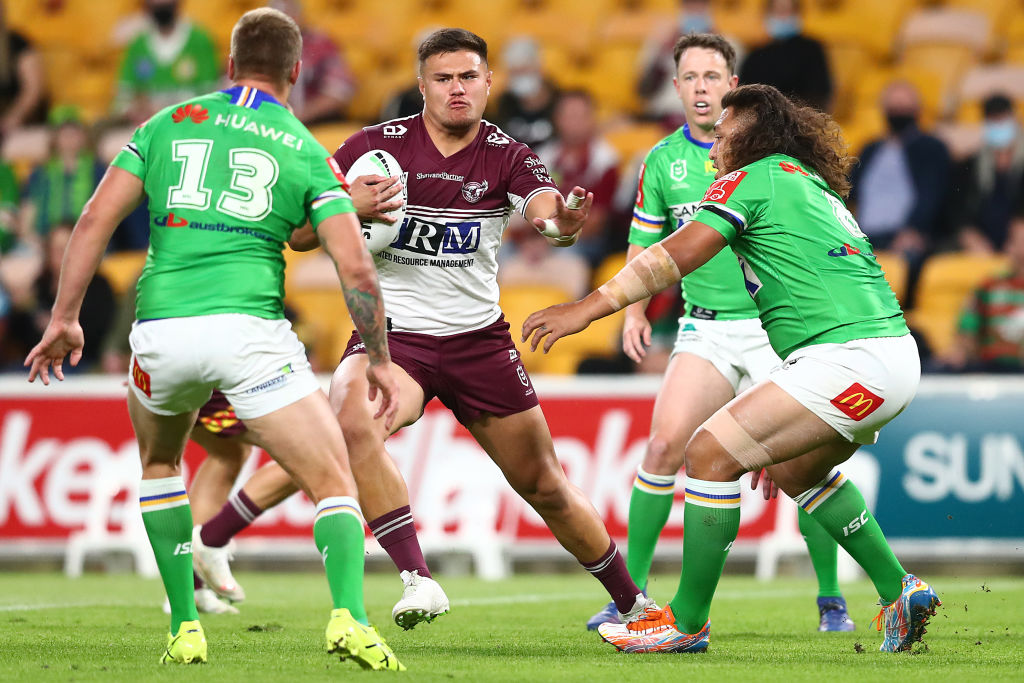 The second rower and five-eighth might already have two positions, but his lack of game time this year thanks to injuries has left Andrew Davey playing strongly on the edge ahead of a rumoured switch to Parramatta next year.

Kelma Tuilagi's signing next year means Manly have a strong second-rower coming in, while other immediate options include Ethan Bullemor and Sean Keppie, who have both done a strong job on occasion.

Schuster is far too good to be playing from the bench, but also behind both Kieran Foran and Daly Cherry-Evans when it comes to being selected in the halves.

That may not be the case next year, with Foran to join the Gold Coast Titans, but for now, it's the move Des Hasler must make.

Schuster has all the skills of a top five-eighth, but in a forwards body. Playing 80 minutes in the middle might be beyond him, but even if Manly can get 55 or 60 minutes out of him, with Dylan Walker slotting into the role for ten minutes either side of halftime (or slightly longer), then it would - on the surface at least - appear to be miles ahead of what they are currently trying to run with.

It's a gutsy strategy, but also one which will allow Schuster to work on his creativity ahead of next year's shift into the halves, while also giving Hasler a last chance roll of the dice to get his side firing this year.

The men from the Northern Beaches currently sit in tenth place on the table, so it's not dire just yet, but for a side tipped to be a top-four chance this year, they have been well off the mark and, based on current form, won't go close to challenging for the competition.

They may not anyway with Tom Trbojevic out, but this sort of change could be the game-changer Manly so clearly need.