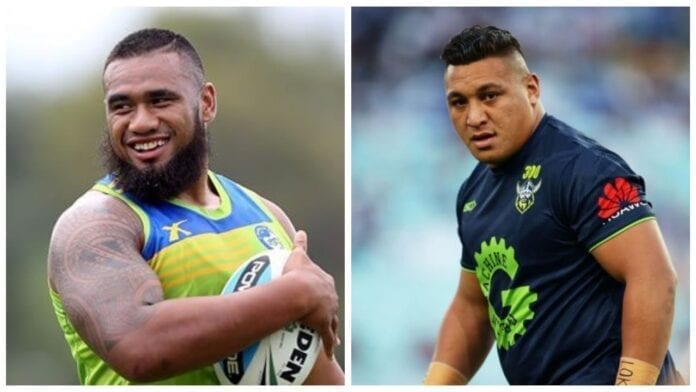 Canberra star Josh Papalii and Parramatta gun Junior Paulo are set to pull on the gloves for charity in 2021 as part of an All Stars Boxing event, per The Sunday Mail.

It is understood that talks are underway for the Origin foes to headline a card featuring plenty of former and current NRL stars in either January or February.

Papalii and Paulo weigh in at 113kg and 123kg respectively, with the former teammates set to trade punches in the boxing ring.

Both the Raiders and Eels are have given the green light on the fight, with Papalii known to have raised his interest in boxing to coach Ricky Stuart.

Papalii’s cousin Alex ‘The Lionheart’ Leapai is a renowned boxer and fought for a world title six years ago.

The Raiders bull confirmed his place in the ring, stating it will be difficult to come up against a close friend in Paulo.

“I have said yes to a charity fight,” he said.

“Junior is a good friend of mine so I don’t know if I could fight a friend. But I am keen to have a fight at some stage. Once this Origin camp is over, I’d like to give it a shot.”

Fletcher and Caine name their best five signings for the 2021...

What your club needs for 2021: Penrith Panthers