The Cronulla Sharks had a somewhat disappointing 2022 season by their own standards.

A club who is used to making the finals, and used to success, missed out in 2021, although it could have been far worse.

The John Morris fiasco at the start of the season had the potential to bring the team crumbling down to the ground, but they managed to remain somewhat competitive and were in with a shot at a spot in the top eight up until the final weeks of the season.

Craig Fitzgibbon arrives at the club to take over the reins as head coach, and so do stars in the way of Dale Finucane, Cameron McInnes and Nicho Hynes with the Sharks looking to return to their consistent ways of making the top eight. 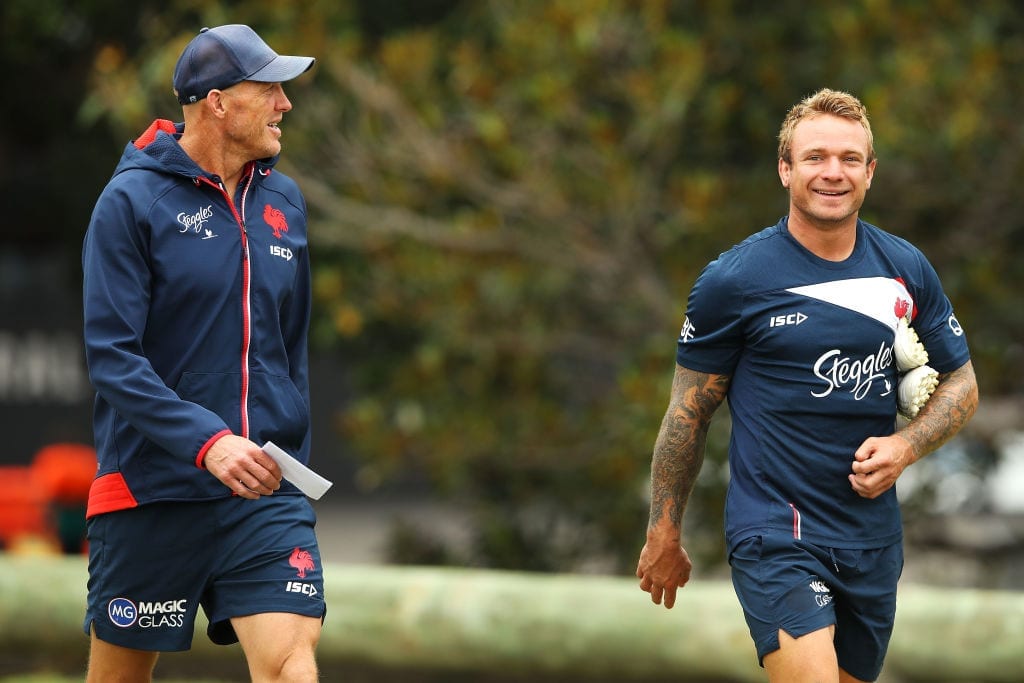 But there are gaps in this team - gaps which could prove to be the difference between a top-eight finish and one where they are able to compete for the premiership.

So, if given a blank cheque book, no salary cap and no contracts, who would the Sharks go and steal?

The gaps in the Sharks' best 17

The Sharks seem to have most of their bases covered, which means this is more an exercise in what can be improved, rather than what needs to be improved.

12 months ago, it might have been suggested that Will Kennedy's position at fullback was looking shaky, but that hardly looks the case anymore after a standout 2021 season.

You could also argue Blayke Brailey hasn't really stood up - and given the Sharks have signed both Cameron McInnes and Jayden Berrell - it seems as if the club agree. But with that depth now, hooker isn't an area they'll go chasing. 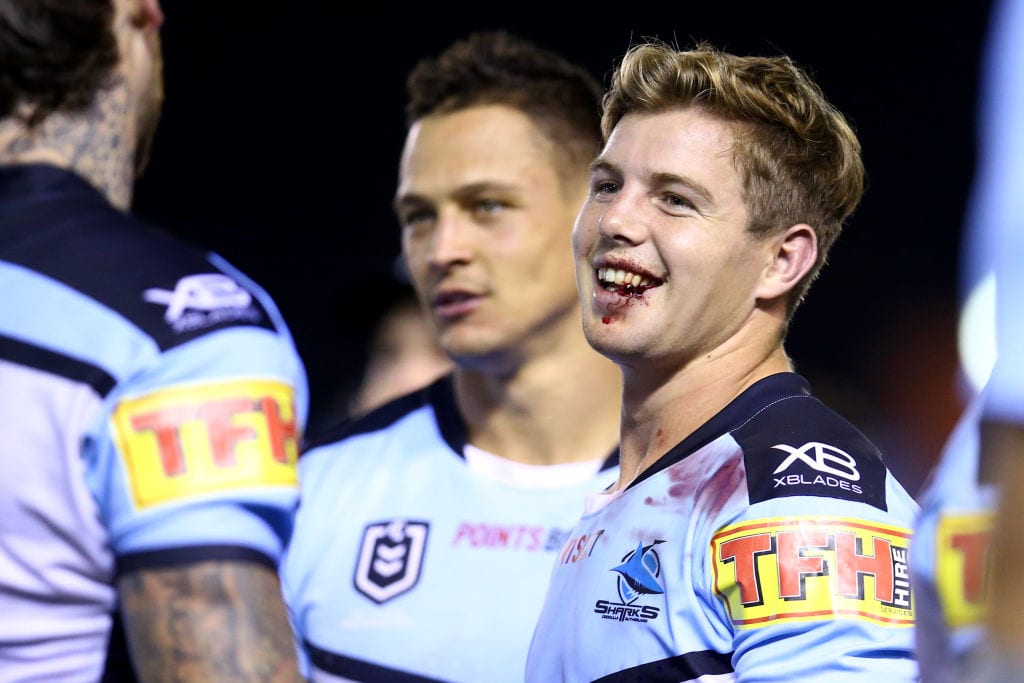 Dale Finucane is also one of the best locks in the game, while McInnes has also been signed with his position in the Cronulla set up uncertain.

That leaves centre and prop, where they could potentially use an upgrade. Braden Hamlin-Uele is yet to kick on as he should but will have another opportunity in 2022, while Toby Rudolf is more than likely better off at lock forward, although won't be playing that position with Finucane in the team.

It could be argued either of those two could be coming from the bench, with one of Andrew Fifita, Siosifa Talakai or Jack Williams to miss out on the 17 altogether.

But for that, they'd need an all-star elite prop.

While Jesse Ramien has one centre position under lock and key, it could be argued Connor Tracey doesn't have the other one. As good as he has been, it's hard to argue centre is his best position. Centre has become such a pivotal role in today's competition, with Tracey able to play either side. His utility value is excellent for Cronulla, but they may need a specialised centre to press forward.

Their biggest issue though is a lack of organisation in the halves. Nicho Hynes is set to play there, but he will be joined by either Luke Metcalf or Braydon Trindall.

The one factor all of the trio have is that they are predominantly ball-runners. There is no genuine organiser there.

The Sharks may need that if they are going to end up exceeding expectations in 2022.

The candidates to steal

Option 1: Adam Reynolds (Brisbane Broncos)
Reynolds is one of the more experienced players in the competition as he enters what could be his final contract at the Brisbane Broncos.

Leaving the South Sydney Rabbitohs will leave an enormous hold in that side during 2022.

The men from Redfern have relied on Reynolds as a mainstay for a decade, his kicking game being an integral part of every success they have had.

Reynolds' has an almost freakish ability to land the ball on a five-cent piece with every kick he makes, whether it be long-distance or the short-range game.

Controlling one side of the field and the kicking game, he could then allow Hynes and Kennedy to play their natural game in what could be a damaging combination playing off some of the best offloaders the competition has to offer.

Option 2: Nathan Cleary (Penrith Panthers)
Cleary is the best half in the game.

It's a big call, but not a particularly outrageous one at this point. He is a premiership winner and State of Origin winner in the same year, and finished second on the Dally M Medal count.

He has barely lost a game he has played in the last two years whether it be for the Panthers or New South Wales, and while that wouldn't mean much if you were talking about a winger, when you're talking about a top tier half, that is something which is worth taking note of.

He now has the big game experience - and winning experience at that - to aid the Sharks as they complete something of a mini rebuild before attempting to push back into the top eight.

It goes without saying Cleary would help most teams, but the Sharks more than most. His combination with Hynes would be damaging, with Cleary able to provide the kicking game and allow Hynes to play his natural style.

Option 3: Joseph Manu (Sydney Roosters)
If you're looking for an ideal replacement centre, then Manu could be the man at the Sharks.

He brings incredibly utility value, and with Tracey sitting in the wings to be able to play centre, it means Manu could then jump to fullback or into the halves if need be.

Apart from the value he brings in terms of being able to play multiple positions, he has a freakish ability to break the line and defensively is one of the best centres in the competition.

Cronulla lacked incredibly in defence during the 2021 season, particularly on the edges. The club missed more tackles than any other team in the competition, and it showed come the end of the season.

Defence at times starts on the edges, and when you add Manu's immense talent there to his attack, he would almost be a no-brainer for the club.

Option 4: Payne Haas (Brisbane Broncos)
What the Sharks would need if they ended up going for a prop is a player who could play big minutes, and produce enormous outputs.

But more than that, they'd need size. While Hamlin-Uele has that in spades, the remainder of their forward pack don't when it comes to competing with other forward packs across the competition.

What that means is Payne Haas becomes the ideal option for Cronulla in the front row.

He has become the premier prop in the competition. He does the one-percenters in terms of making plenty of tackles or running big metres, but also comes up with game-changing plays.

Whether it's line breaks, tackle busts, offloads or big hits, he could do it all and would bring an X-Factor that the Cronulla forward pack is currently lacking.

It's fairly evident that Cronulla's biggest problem could be the lack of a kicking game alongside Hynes.

That being said, there is none better than Nathan Cleary, and his combination with Hynes, Kennedy and some of the Cronulla forwards who love offloading to create time and space could prove deadly.

While Reynolds brings more experience and a calmer head to the contest, his skill set may not exactly match up with what the Sharks need.

Nathan Cleary is the obvious option here, although Haas is an intriguing prospect to think about. 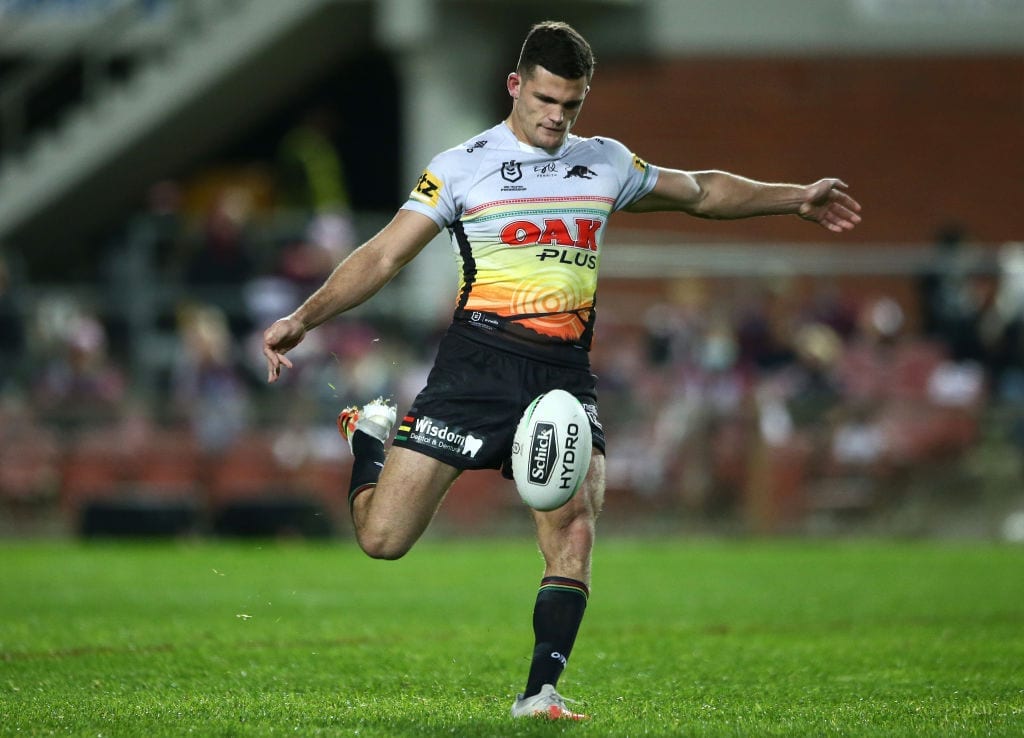 Next up in this series, we will check out the Gold Coast Titans.