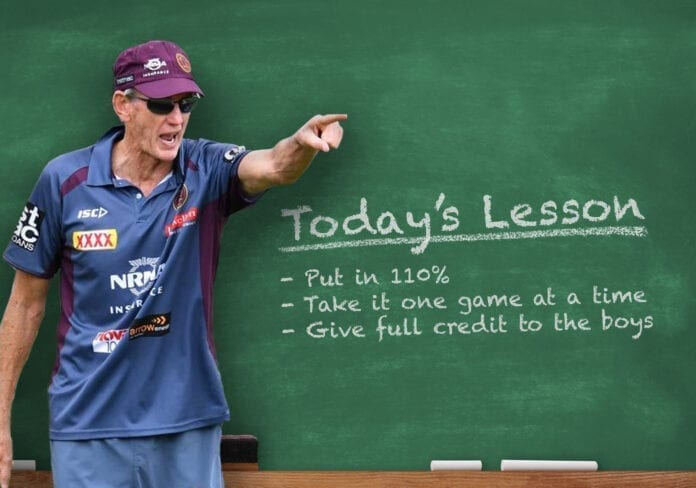 Despite operating well beyond the boundaries of a classroom, many of the tactics and implements employed by Rugby League coaches are mirrored by academic educators everywhere.

Punctuality, precision, performance and progression are paramount in both professions.

So with this in mind, we wondered what all 16 NRL coaches would be like if they traded the coach’s box for the classroom.

After graduating with honours in the early 2000’s, Kevin Walters embarked on a successful career molding minds at the tertiary education level.

However, with his alma mater suffering their worst year on record, the emeritus professor is back in the classroom and ready to crack the whip.

As Mr. Walters is far more used to dealing with the best and brightest students, he’ll have his work cut out for him with his new bunch of truants, law breakers and class clowns.

Can he turn them from dunces to duxes? Only time will tell.