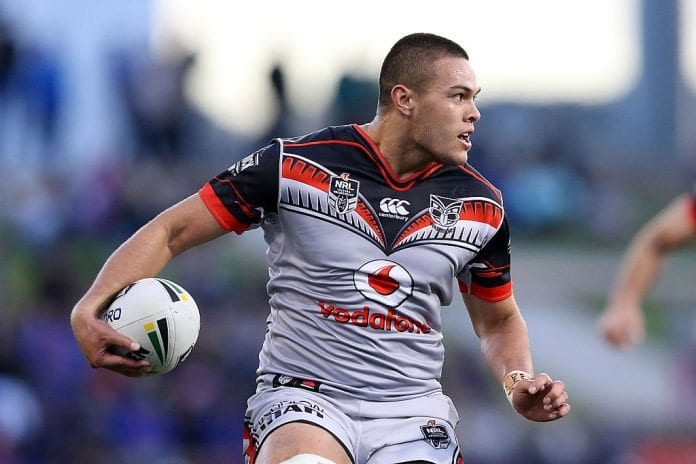 Kieran Foran’s impending move to the New Zealand Warriors looks set to deliver Brisbane an unexpected bonus, with talented youngster Tuimoala Lolohea on the verge of a move to the Broncos.

One of the most talented young backline products in the game, Lolohea’s future at the Warriors has been the centre of ongoing speculation since midway through the season, with sacked Warriors coach Andrew McFadden clearly not sharing the high regard in which Lolohea is held by the vast majority of fans and rivals.

But the Warriors must now clear the necessary salary cap space, with the signature of Foran likely to force up to three players out.

And if Lolohea’s social media posts are anything to go by, he would seem to be first cab off the rank, with the versatile speedster posting a picture in front of the Broncos’ Red Hill facility on Friday, where he is believed to have met with the club’s performance and recruitment staff.

“Why would you cut off half your identity?”: Dolphins slammed for...

Geyer and Sattler explain pitfalls and perks for expansion players